And now… A musical intermission. You see, I thought I’d share something special and a little different with you guys. This is Midori from Japan. I figured that since some people would say their music is horrifying that their concert film would fit in perfectly with Asian horror month. 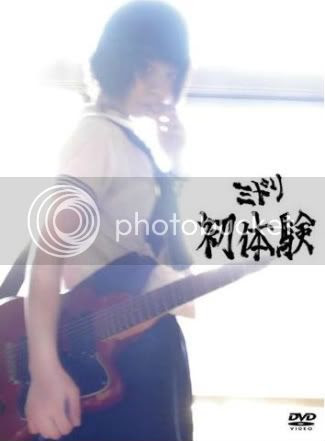 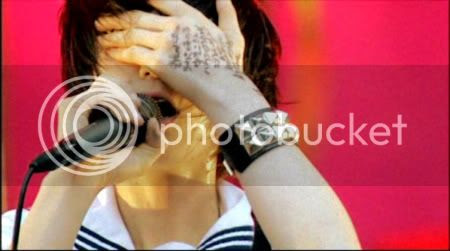 Folks who peruse this blog might notice that I like some pretty noisy ass music. And I can listen to it early in the morning or late at night. That’s just how I roll. A while back, my wife sent me a Youtube video of a band and just casually mentioned that it was something that she thought I would like. I forgot about the video until around 7:00am the next morning. I followed the link and it was Midori. Midori is a noise rock jazz band from Japan and the video (now removed from Youtube) is loud, fast paced, and features lots of footage of their lead singer running around and the band spazzing out in their practice space. To say that my mind was blown is an understatement. 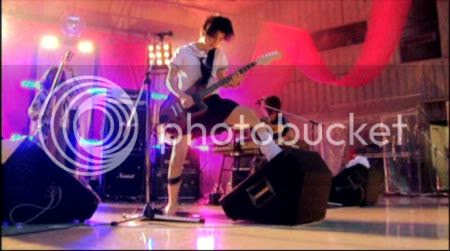 I don’t know what to compare this band’s sound to exactly. Just imagine listening to every one of the Yeah Yeah Yeahs’ songs at once. Only jazzier! Noisy they may be; Midori is immensely talented. The rhythm section's background is obviously jazz while Hajime’s (the keyboardist) style seems as though it is rooted in classical music. The group also has a knack from making really abrasive music fun to listen to. So I guess this is punk noise jazz rock or something? One more thing: Keigo Iwami's bass playing is just unbelievably awesome. 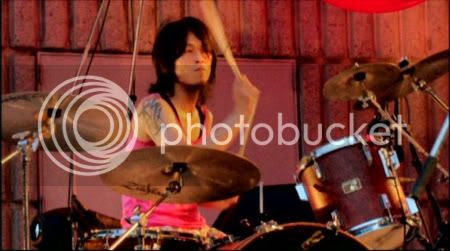 I did some searching for the band which is not easy since Midori is a very common word in Japanese (it means “Green” and it is also a very popular name for girls) and I found that they had a concert DVD. Without a clue as to the quality of the DVD, the running time, or anything, I begged my wife to get it for me. She buys stuff from Amazon Japan once in a while so I made sure that she put this DVD on the list. When it arrived, I pooped- Woops. LOL! That was a typo. When it arrived, I popped the DVD into our region free player (essential), cranked up the speakers, and got punched in the face by one of my newest favorite bands. 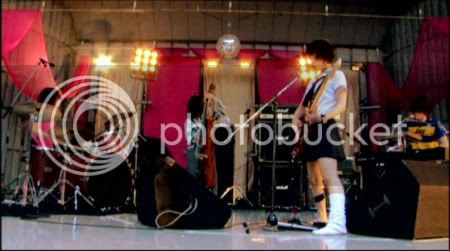 When the film starts, the band is getting into the zone backstage and the crowd is gathering in front of the amphitheater. As the band members begin to emerge on the stage, I’m filled with anxiety. Somehow, Mariko Goto, the lead singer/guitarist, makes a huge impression when she steps up. How can a little Japanese woman in a schoolgirl uniform, armed only with a guitar and a Marshall stack, be so imposing? Then it starts and no, I was not ready for the full blown spaz rock insanity of Midori. 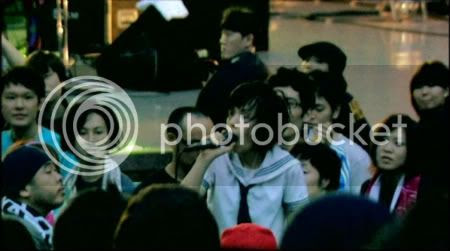 There are some theatrics involved – I mean, this footage was edited a whole, whole lot. Microphone stands go flying, sound guys are scrambling around, guitar strings are broken, and everyone except the drummer runs around on stage like a bunch of crazy people. Hajime stuffs his microphone into his mouth so we can hear his guttural screams from… the inside? Whatever, it’s all entertaining. 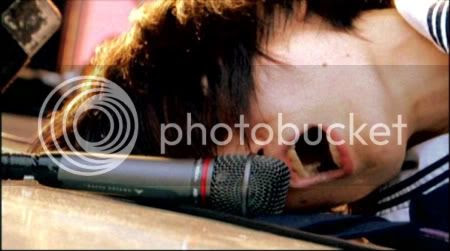 Mariko is the most unhinged of the band. She is all over the place. She climbs up on the speakers, walks off the front of the stage and into the crowd, she hits herself on the head with the microphone repeatedly, licking her lips, and even sobbing during one of her songs (something the editor really dances around - showing that much emotion in public is kind of a rare, awkward thing in Japan). Is it all planned? Who cares!?! She's wearing a short dress with a black thong underneath. I'm sure that just, you know, happened by accident. 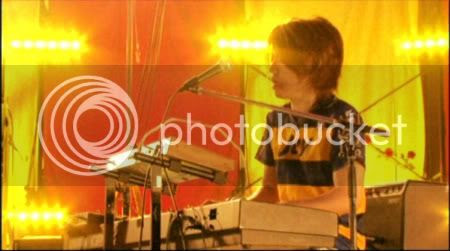 There is a lot of banter with the crowd that is lost on me (no subtitles here) and obviously I have no idea what any of the lyrics mean. The only phrase I pick out is “Destroy Cutie Honey”... Very interesting. Hopefully, their lyrics aren’t all like “Fuck you, gaijin, don’t listen to our music, you white piece of shit!” I might take offense to that. Mariko does encourage the very polite and rather tame crowd to climb out of the back rows and come down towards the stage. They are slow to get pumped but once night falls, the audience is enslaved my Midori. I am perfectly and wholly jealous of everyone there. 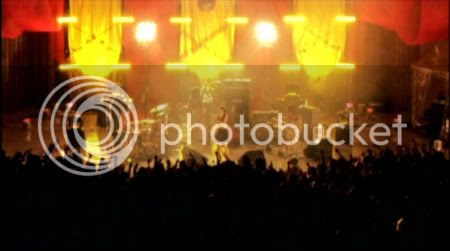 My question is: How did a band this far out get a record contract with Sony and how did they end up with such a polished live DVD? Don’t get me wrong, I love Midori but this is just confusing for me. I don’t listen to bands just because they’re obscure and indie (though I’m sure my friends would tell you differently) but I have to make it clear just how rare this is. This concert film is professionally shot, edited, and has spectacular sound. 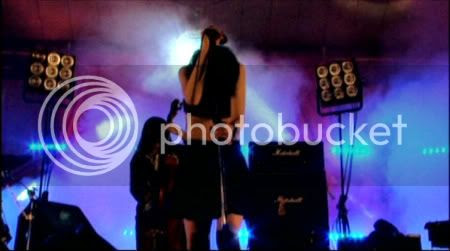 This DVD on Amazon Japan.

And lastly, my favorite Midori song (and the one my precious wife sent me):