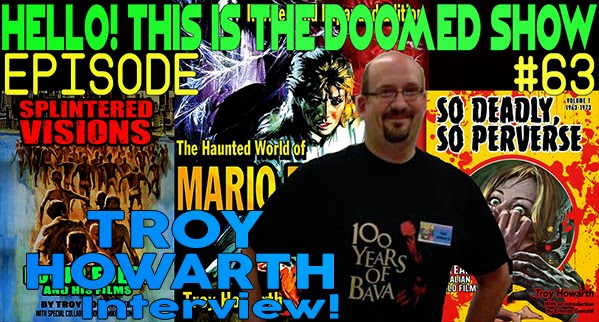 Well, hold me down and call me Charles or Rachel. For the very first interview on Hello! This is the Doomed Show, I talk to Troy Howarth, author of The Haunted World of Mario Bava and the upcoming books: So Deadly, So Perverse: 50 Years of Italian Giallo Films and Splintered Visions: Lucio Fulci and His Films. It's a good time listen. You should always listen to Hello! This is the Doomed Show. I'm not kidding. Listen to the interview right here! or download it right here!

Be sure to check out Troy's excellent book on Mario Bava and keep an eye out for information on his new books here and here.

And go right here to get Splintered Visions: Lucio Fulci and His Films in hardcover! 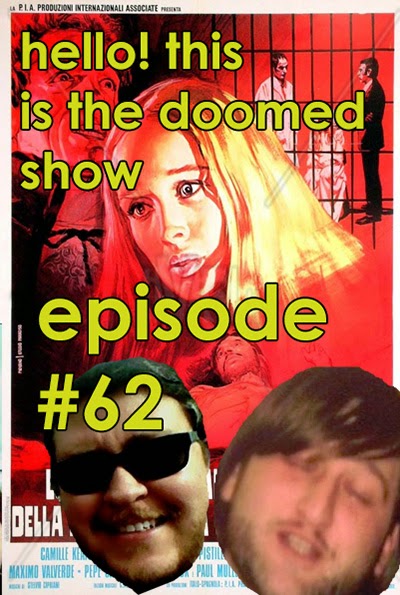 We are finally back with a new episode. Listen to our new post-puberty voices!

Listen to the new episode right here, y'all.

Here is what you wanted... OUR OLD EPISODE ARCHIVES! 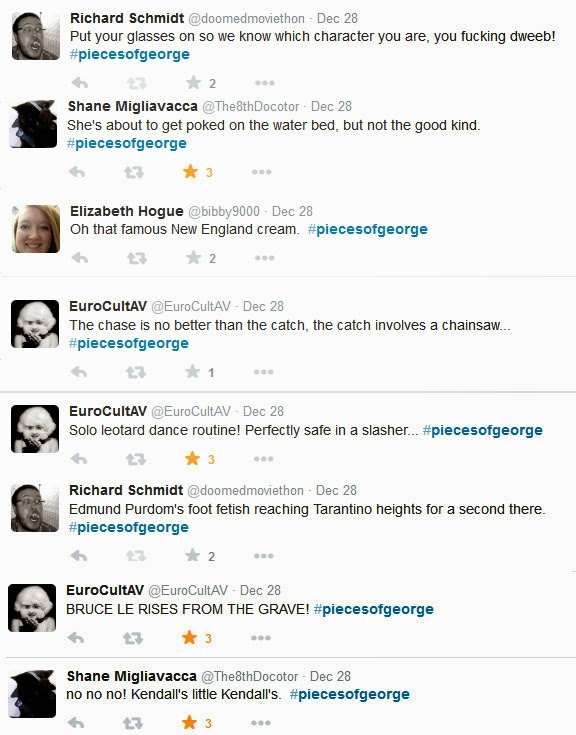 We are going to do this again with the essential Paul Naschy film: Werewolf Shadow. At the stroke of midnight (Eastern Central Time) on January 31st, start the film and join us on Twitter so we can frolic in the slow motion vampires and sexual power of Waldemar Daninsky. This time, use #NaschyShadow to be a part of the fun. Be sure to follow us on Twitter: @EuroCultAV and @doomedmoviethon and we'll see you on January 31st!

Hello! This is the Doomed Show Classic!

To take advantage of every online format available today and also to celebrate new episodes being recorded THIS MONTH, I uploaded a classic episode of Hello! This is the Doomed Show to YouTube. Brad, Jeffrey, Nafa, and I are looking forward to killing it in 2015. KILLING IT! I'd tell you every single movie that we plan to talk about but um... that would be really dumb of me. You said you loved surprises!

Check out the most recent episodes.

Check out the archive!

Posted by Richard of DM at 3:07 PM No comments: