Brian of Cool Ass Cinema saves me from the world of black magic with his review of a film called... Um... 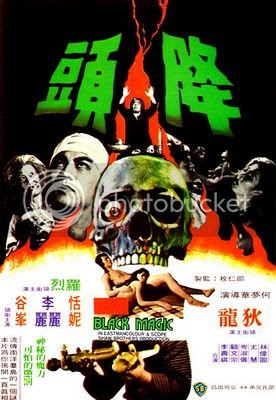 Ho Meng Hua's crude, but genre defining horror show cast a deadly spell over Hong Kong and other Asian territories with this tale about black magic rites and evil spellcasters. Essentially, the plot is a basic soap opera narrative about various individuals who obsess over those they cannot have and will do anything to satisfy their sexual desires. 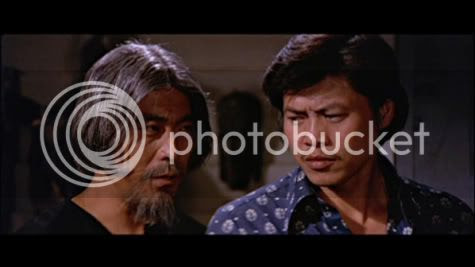 Wrapped around all this is a cruel wizard who enables these sad individuals to make their dreams come true. When they can't pay his exorbitant fees, he makes them pay in other ways, often in a horrible death that generally involves bloody boils, body melts, or worms found burrowing under the skin. When a construction worker and his girlfriend become unknowingly entangled in this web of sorcery, a friend seeks the aid of a magician who practices white magic to free them from harm. The ending is a duel between the two wizards at a construction site with a lot of flashy, yet primitive special effects. 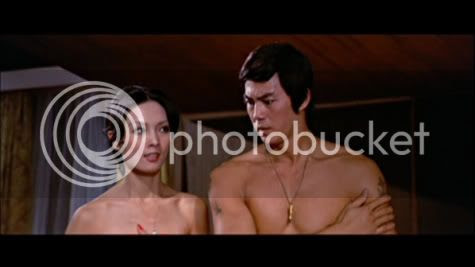 Shot in Thailand and Malaysia, the story takes place in Burma and is rife with superstitious folklore. This exploration into the forbidden and the unknown translated to box office receipts and a slew of similar movies began erupting from Hong Kong and Taiwan. There was even a pseudo remake in 2007 from Herman Yau (EBOLA SYNDROME) bearing the same title, GONG TAU. The genesis of the film was built around the legends from the bordering province of Yunnan where the women in those mountain villages would cast love spells on their men to keep them from ever leaving or else a horrible fate awaited them. 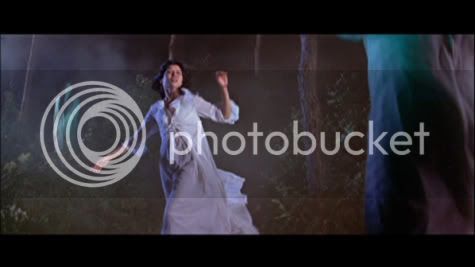 Ho Meng Hua returned to the subject on several occasions including the unavailable NIGHT OF THE DEVIL'S BRIDE (1976), THE OILY MANIAC (1976) and BLACK MAGIC 2 (1976). The latter film is a remake of the first with Lo Lieh taking over for Ku Feng's sadistic and slimy magician. Also, the accent towards black magic rites is increased from the first film. While it's never scary, BLACK MAGIC is a curious, occasionally repulsive relic from the late 70's that was wildly influential and has accrued a cult following over the years.
Posted by Richard of DM at 7:34 AM