The Boy from Hell 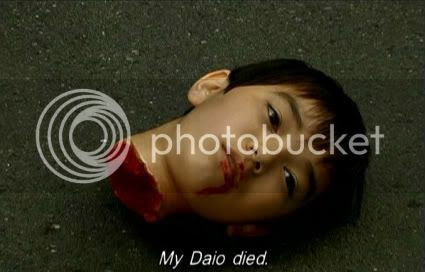 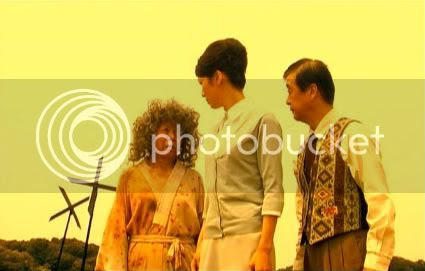 Dr. Setsu Emma (played by Mirai Yamamoto) is a famous surgeon but all that really matters to her is her son, Daio (Shota Someya). In a tragic (read as: hilarious) traffic accident, Daio’s head is severed by a passing truck while her servant (Baku Numata) is driving them home one day. Stricken by her grief, Setsu takes the advice of a madwoman and sacrifices a boy the same age as Daio over his grave in order to resurrect him. Daio (now played by Mitsuru Akaboshi) comes back possessed by the spirit of a creature from hell and immediately begins killing and devouring anyone unlucky enough to cross his path. 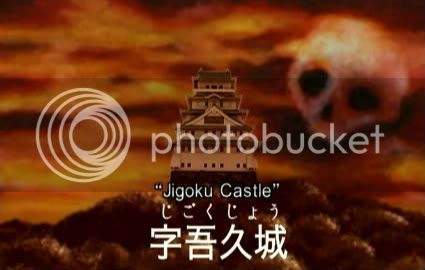 Meanwhile, a snooping detective, Hanamizu (played by Hanae Shoji), who has an impossibly huge nose, shows up to investigate the recent rash of cannibal murders. His nose can detect criminals and his sneezing leads him to believe this is all connected to Setsu and her family somehow. You see, his nose can smell a criminal and she’s got him sneezing up a storm. Setsu comes up with a brilliant plan to fix her crazed son: give him a brain transplant! She takes to kidnapping neighborhood boys to find a suitable donor. Kooky hijinks ensue. 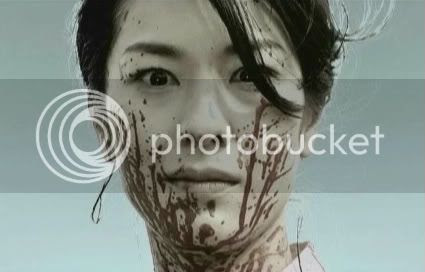 Adapting Hideshi Hino’s magnificent horror manga to the screen isn’t easy. For starters, his art is very stylized and everything from the characters to the gore is way, way over the top. Director Mari Asato attempts to give us a glimpse into Hino’s mad world and is surprisingly successful. With a very small budget, The Boy from Hell’s crew relies on their imaginations and a tongue-in-cheek attitude to bring this story to life. Having Daio played by a dwarf when he returns from hell is genius and the wildly plagiarized Deep Red soundtrack is also pretty darn awesome. The Boy from Hell is a lot of fun and its short running time and campy aesthetic help its watchability immensely. I now have a crush on Mirai Yamamoto. What a woman! 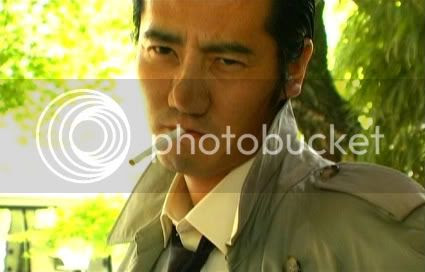 The Boy from Hell is one of the 6 films in the Theater of Horror boxset. So far, I have seen Death Train which is all right and Occult Detective Club: The Doll Cemetery which is boring and terrible. Let's hope the rest are as deliriously entertaining as The Boy from Hell. And by all means, check out Hideshi Hino's manga. It's good times! 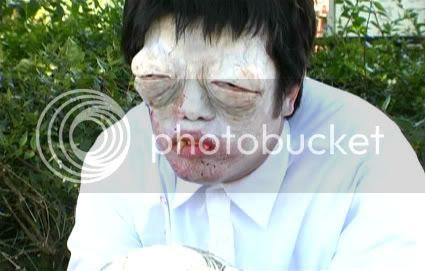