Lao Mao AKA The Cat 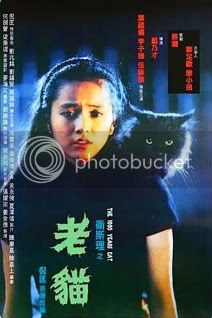 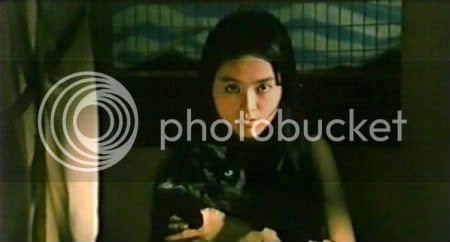 A writer named Wisely (played by Waise Lee) introduces the film and we’re off. A trio of benevolent aliens hides out on the Earth in order to collect a space weapon that has crash-landed on Earth and is now on display in a museum. Among the good aliens are Errol (played by Siu-Ming Lau), a space princess (Gloria Yip), and “The General” who is a super space cat. Also after this space weapon is an evil alien who does not humankind’s best interests at heart. This evil alien has the ability to clone itself into any form and will go to any lengths to get what it wants. 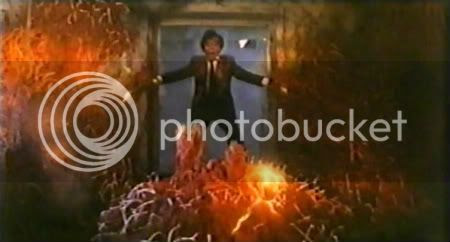 Wisely, his girlfriend Pai So (played by Christine Ng), and their cop friend Wang Chieh-Mei (Philip Kwok) are drawn into the struggle after Wisely pursues the space princess and her space cat. Not knowing they are the good guys, Wisely borrows a super dog from an eccentric dog breeder in order to challenge “The General”. That’s right, you guessed it! A cat and dog fight of epic proportions takes place. Meanwhile, the evil alien kills and clones Wang Chieh-Mei and sends him with a cache of weapons to kill its enemies and retrieve the space weapon. 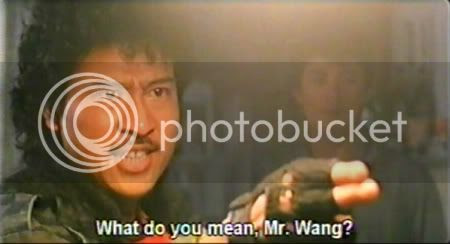 Sometimes you see yourself standing on the edge of crazy and sometimes your foot slips and down you go, plummeting downward into complete madness. The moment you decide to watch The Cat, you’re already on your way down, duder. This gory, wacked out, and insanely entertaining flick is a mishmash of horror, sci-fi, and action that will not only make you a better person, it will also prolong your life. The Cat is a Hong Kong style mash-up of Turner and Hooch, The Terminator, The Thing, and That Darn Cat. 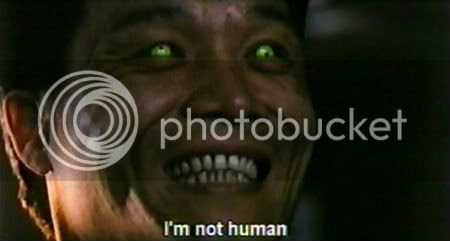 Director Ngai Kai Lam is responsible for some really insane films including Riki-Oh: The Story of Ricky, Peacock King, and The Seventh Curse. Sadly, The Cat is his last film to date. One would think that a director this bonkers would still be out there making flicks or planning his big comeback. I can’t think of a better film to go out with though. The cheesy electro score and the weird echoed audio track only add to the beauty of this ridiculous live action cartoon. 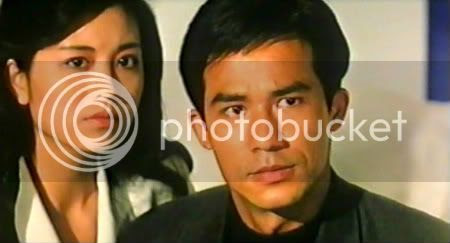 The cast is awesome or at least, they were contractually obligated to show up to the set every day. Either way, they rock! Both Waise Lee of Bullet in the Head and Philip Kwok of Holy Flame of the Martial World are prolific action stars. When Kwok goes into Terminator mode, watch out! Siu-Ming Lau also has made the rounds in everything from the awesome A Chinese Ghost Story to the disappointing Forest of Death but he’s always good. 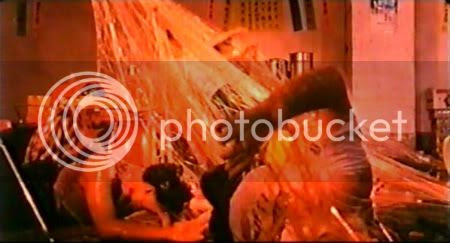 The sexpot role of the movie is fulfilled by Christine Ng, who gets one of the more uncomfortable scenes in the movie where Wisely admires every sweaty inch of her body after a tennis match. I’m more of a Gloria Yip man myself. She is as cute as a button as the (to the best of my knowledge) unnamed space princess. The scene of her playing with “The General” by flying through the air and bouncing on a TV antenna is priceless. And stupid! 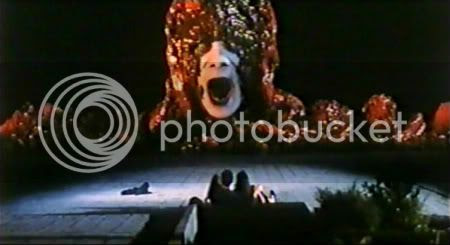 It’s badass, it’s bizarre, and it’s fricking awesome. It’s badizafrisome! The Cat is one of the true epics of psychotronic filmmaking. The only way this film could be any weirder is if it had been narrated by Rip Taylor or taken place 9,000 years in the future. When the giant flying lightning mushroom from space comes to town and is eating up all your friends, you better pray that the space princess and her space cat aren’t too busy to take it out with their space weapon. You have to see this one for yourself. 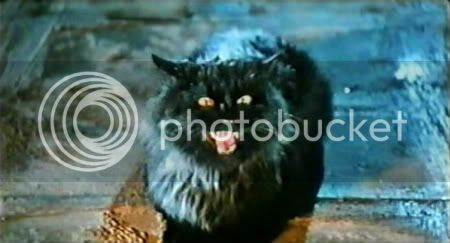 Animal lovers beware! There is one thing about this movie that is kind of not so great. The infamous cat vs. dog showdown that most folks who have seen this film remember so well does have a few sketchy moments where the animals, especially the cat, don’t look like they’re having a very good time. Luckily, most of the animal scenes are ridiculously fake and the offending shots are brief. But it just ain't cool, man!

“Hong Kong people are lucky, we can eat anything. Who’d care to emigrate?” 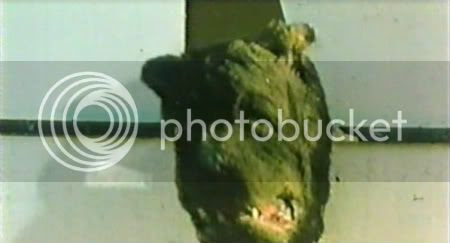 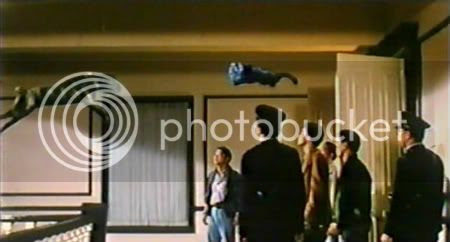 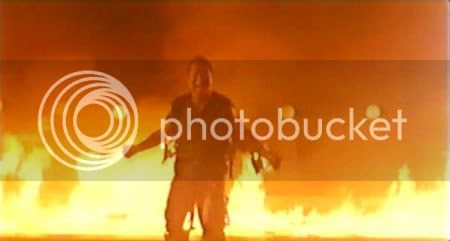 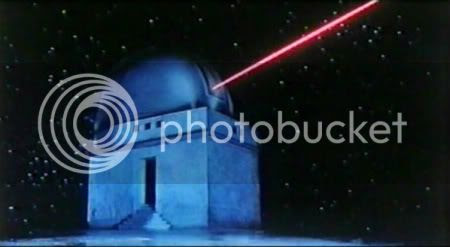 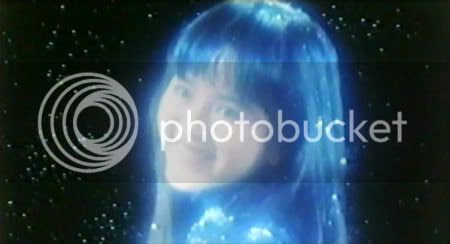