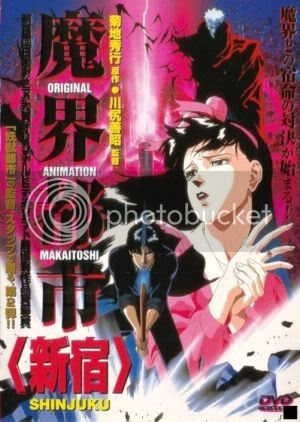 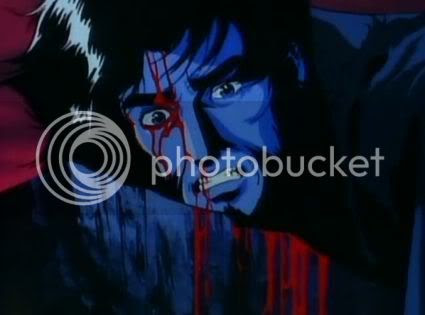 Ten years after a terrible disaster that left Shinjuku in ruins but the rest of Tokyo intact, a man named Levih Rah (voiced by Kiyoshi Kobayashi), who sold his soul to hell, is preparing to call forth demons from a rift in the sky to destroy humanity. A young man named Kyoya (Hideyuki Hori), who possesses great psychic powers, rises up against him after discovering that Rah killed his father. After the president is cursed by one of Rah’s assassins, his daughter, Sayaka (Hiromi Tsuru), approaches Kyoya to ask for help. She wants to get into Shinjuku and stop Rah before her father dies from the curse. Knowing that Sayaka will go in alone if he doesn’t bring her along, Kyoya reluctantly agrees to help. Inside the cursed city, the two face many perils including demons, bandits, two-headed dogs, and Rah himself. 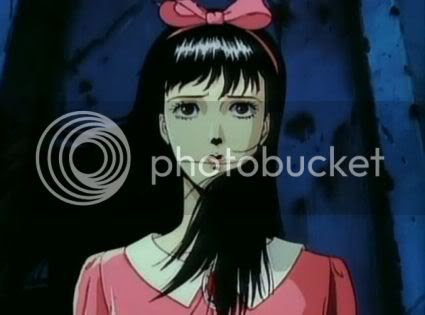 Silly me, I had Demon City Shinjuku mixed up with Doomed Megalopolis which I didn’t like (but should probably revisit). So I didn’t give this one a chance when I should have AKA a long ass time ago. Director Kawajiri would go on to direct Ninja Scroll and Vampire Hunter D: Bloodlust (both based on works by author Hideyuki Kekuchi) but I really like what he did here. My only complaints about this flick are the presence of kooky side characters with annoying character designs and some very dated music queues. But there are enough haunting moments and action-packed battles to compensate for these not-so-hot stylistic complaints. 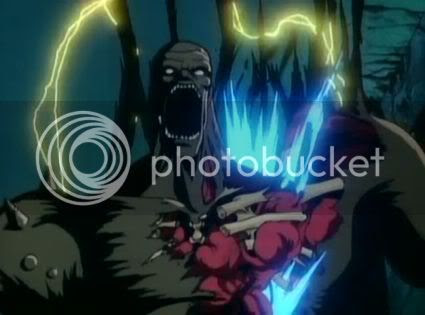 A word of warning: if you can avoid the English dub of this flick, then do it. It’s good for a laugh but the subtitled version of the Japanese is much better thanks to a great cast. The dub is quite different with its total lack of logic and loads of very silly and pointless cursing. Anime fans have no idea what a crap shoot the English dubbing was "back in the day". It wasn't that the voice actors of old were uniformly terrible or anything but most of the production companies couldn't always afford the best voice actors. It was quite rare to hear a good cast on a series or an animated feature film during the lean years of anime. 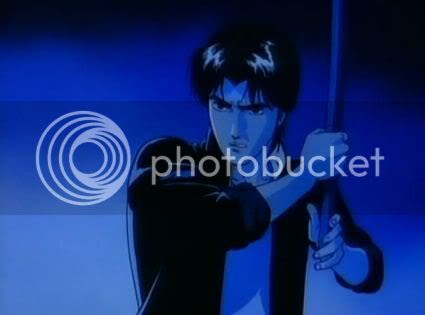 I speak from experience when I say that to find horror anime from the 80s that isn’t embarrassing or totally lame is pretty special. There isn’t even any tentacle rape in Demon City Shinjuku! (That might be a disappointment to some of you out there.) This is just the kind of thing that could have fueled my childhood imagination. And since I’m on my 8th childhood now, this is fitting in just fine. There are more cool characters than lame ones and there's also some gore on display. The story might be a little on the silly side but the short running time certainly keeps any potential meandering in check. All in all, I'm really glad I finally got around to Demon City Shinjuku. 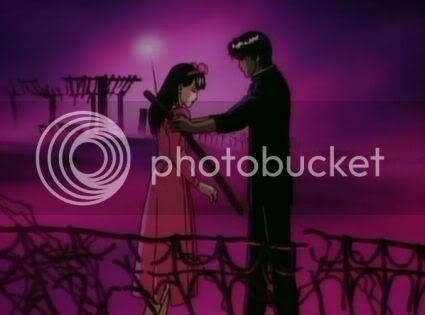 Quotes (from the English Dub)

“You’re reached the end of your Earthly time, are you prepared?”

“I’ve got more important things to do than saving the world’s asshole.” 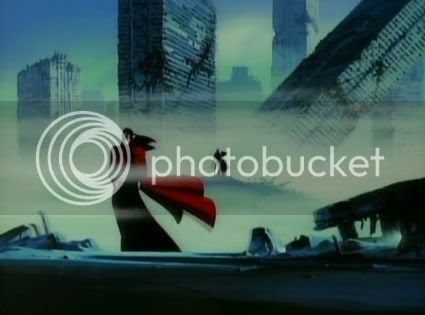