Good morning, everybody. Today, Aaron of The Death Rattle and The Gentlemen's Blog to Midnite Cinema is here with his top 5 favorite Asian horror films. Aaron is a rad and bad dude. I strongly suggest that you think about him the next time you're at the ATM withdrawing some cash! 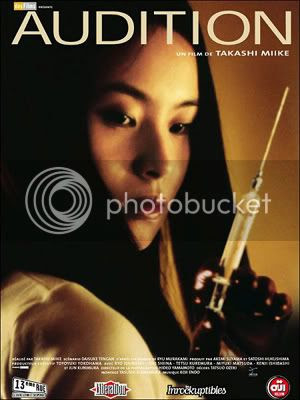 In Takashi Miike's AUDITION, a single father, Shigeharu Aoyama, has a friend of his who produces films set up a mock audition which, unbeknownst to the actresses who are trying out for a role that doesn't exist, will allow Shigeharu to scope out a potential wife. Through the audition, he meets a reserved young woman named Asami Yamazaki, and the two develop somewhat of a romantic relationship. It's eventually revealed, however, that Asami isn't exactly who she seems to be, and Shigeharu learns this the hard way.

AUDITION is a strange film in that it's basically a quirky love story that turns into a horrific WTF-fest about two-thirds of the way in. Sure, it takes a really long time to get to the "good parts" (which is why it barely made my list), but the good parts alone make this one of my favorite Asian horror movies. It also holds a special place in my heart as being the first ever Takashi Miike movie that I've ever seen, and it was also my gateway film to the wonderful but mostly frustrating world of Asian horror. 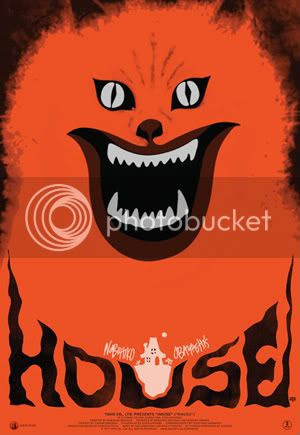 A teenage girl invites her friends along to her estranged aunt's house for the summer. But when they arrive and gradually notice a series of strange events occurring, they learn that wheelchair-bound aunt is in fact a demon who eats little girls and the home that they're staying in is possessed. HAUSU is an absolutely bonkers horror-comedy with elements of experimental film-making. It's also directed by the same guy who did the Charles Bronson "Mandom" commercials, and the unusual, glossy style of those commercials definitely carries over into the film. People (myself included) often throw around the phrase "you'll never see anything like it" when describing films, and trust me when I say that you will never EVER see anything like HAUSU. From beginning to end, it's an unrelenting display of one bizarre scene after another. HAUSU has recently been given the Criterion treatment, and I strongly urge everyone to check it out once it's available. 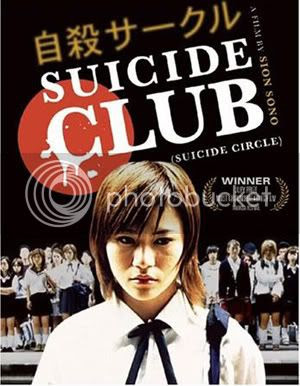 In SUICIDE CLUB, Japan is plagued by a series of unexplained mass suicides. As police investigate and eventually team up with a computer hacker who may hold clues as to the reasoning behind the mass suicides, a number of bizarre revelations are made as far as how the suicides are connected and are seemingly contagious. A number of phone calls to a detective by an unknown male who repeatedly clears his throat before speaking; an all-girl bubblegum pop band; a cryptic website that features red and white dots instead of text; a stitched-together roll of human skin - all of these things may or may not be connected to the suicides, and that's really all I can say without spoiling anything for anyone who has yet to see this gruesome, fascinating, and just plain WEIRD film. I wouldn't go so far as to call this movie "disturbing", but it's one that definitely sticks with you once you watch it, mainly because of how strange it is. 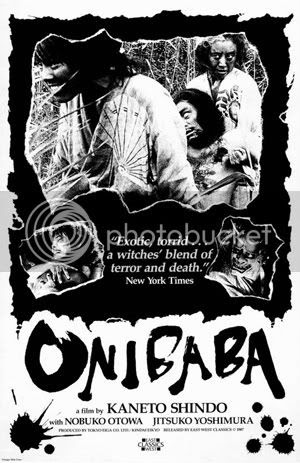 A mother and her daughter-in-law support themselves by killing lost samurai and selling their armor and weapons. Eventually, a man, who claims to be a fellow soldier along with the mother's son (and daughter-in-law's husband, obviously), comes into the picture and reveals that he has been killed in the war. The man slithers his way into their home and begins to have an affair with the supposedly widowed daughter-in-law. What ensues is a very twisted and sexual film that reeks of irony and takes somewhat of a supernatural turn towards the end of the film when the central characters, specifically the mother, are visited one night by a mysterious samurai who wears a demon mask.

You'll be very hard pressed to find an Asian horror movie as visually stunning as this expressionist-style film. Even by 1960's standards, it still manages to blow a lot of horror movies made today out of the water without the benefit of special effects. Relying purely on its haunting atmosphere, amazing cinematography, and incredible score consisting mostly of Taiko drums, ONIBABA, in my opinion, is a masterpiece and undoubtedly one of my favorite Asian horror films. It's not a very accessible movie that will appeal to everyone, but those who can appreciate its style will most likely fall in love with it just as I did. 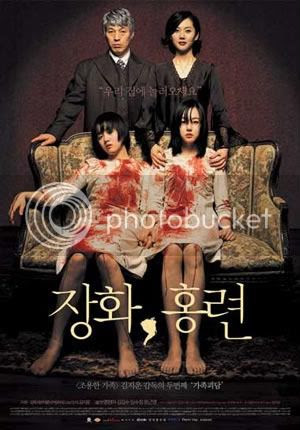 Remade in America as THE UNINVITED (which actually wasn't that bad!), this South Korean psychological horror movie is about two sisters who are trying to adapt to living with their cruel step-mother, as well as get over the loss of their birth mother. One of the sisters has recently been seeing a psychiatrist and is taken out of that situation by her father due to some progress being made, as far as how her sessions have been going and whatnot. As the movie progresses, a series of shocking revelations are made in regards to the family, and quite possibly one of the greatest plot twists in the history of horror cinema is executed.

If you're reading this, chances are you've either seen A TALE OF TWO SISTERS or its American remake, and even if you haven't seen either, I'm sure at least one of your shit-head friends has spoiled the ending of the remake for you. But, if you haven't seen either film and are completely blind to what happens in both (they both feature the same twist), I can't recommend this movie highly enough. For the most part, South Korea never ceases to amaze me with the quality of their films, and, for what it's worth, this movie easily ranks as one of my top South Korean genre films PERIOD. A TALE OF TWO SISTERS is legitimately creepy at times, and I can count on one hand the amount of films to come out in the last decade that I can say that about. This is hands down my favorite Asian horror movie of all time
Posted by Richard of DM at 9:07 AM