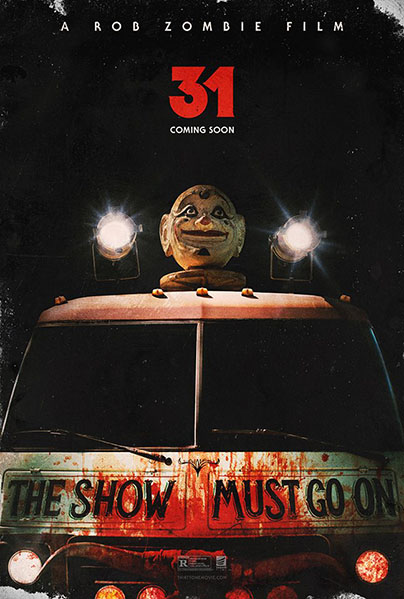 Hello! This is the Doomed Show Fundraiser October 2016

Hey there, folks! It's come to my attention that podcasts cost money. Damn it to hell. Why was I so naive? Just kidding! I was very proud that I went 5 years without spending a dime on anything other than recording equipment. So yeah, I started actually paying for bandwidth so that we could reach more people like you as well as not get podblocked by running out of storage and stuff. (I should probably coin the phrase "podblocked".) 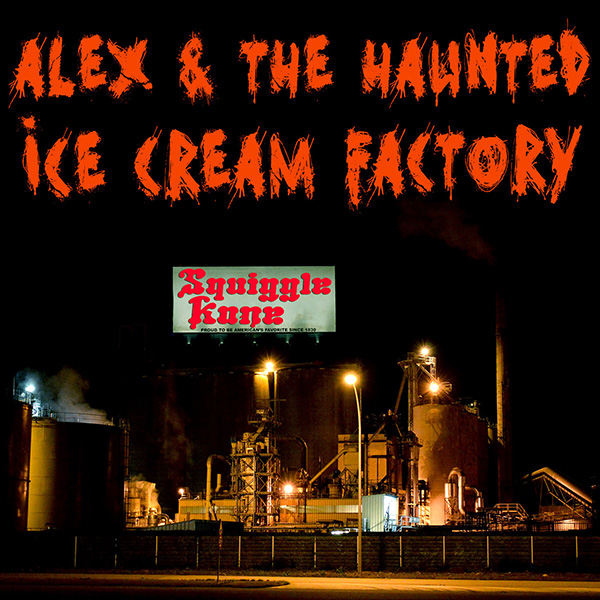 So here is my grand idea for the first ever Doomed Show fundraiser drive. I have two albums of spooky music here for sale on the newly made Doomed Moviethon Bandcamp. First up is something I made especially for this fundraiser. It's called Alex & The Haunted Ice Cream Factory. It's an album of synthesizer and guitar weirdness that sets the mood for the bizarre plot (yes, the album comes with a plot). The other album for sale is Terror. This was previously a freebee from Goblinhaus if you bought the Fauxrror album. It's my tribute to films like Symptoms, Tomie, Fury of the Wolfman, etc. and features some rad dialog from the films mixed in with some bonkers soundscapes I made with synthesizers I found entirely online. I'm nothing if not resourceful. 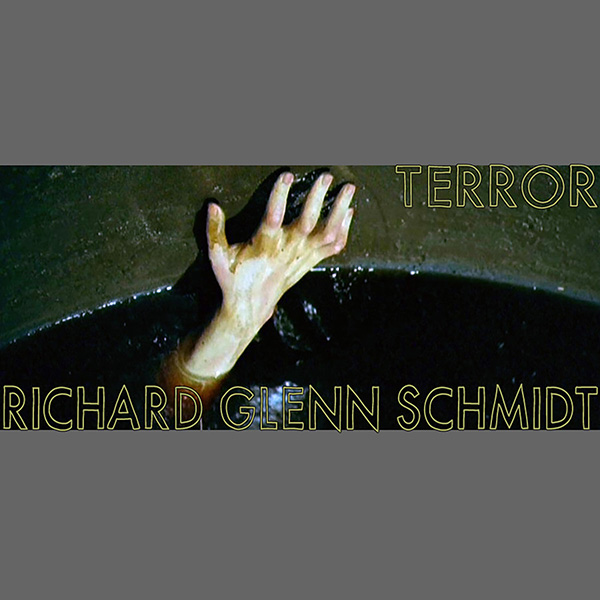 Both albums are only $1 apiece but if you'd care to give more to support the show, we'll gladly accept it! Everything I make on these releases goes DIRECTLY to paying for the show's bandwidth and anything left over after that goes to pay for hosting Doomed Moviethon. The next Doomed Show fundraiser will be for some exclusive episodes of the show that'll be for sale and not in the normal feed. More about those later.

Here's the link to the albums!

Posted by Richard of DM at 2:54 PM No comments:

Wednesday Ramble - Too Little But Not Too Late: Revisiting Dracula (1931) 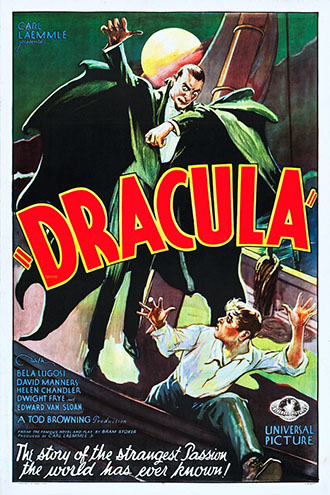 For Halloween this year, I really wanted to get my old school horror movie mojo going by looking at as many of the Universal monster movies as I could. What better way to start then by watching a film that I haven't seen since I was in my early teens. I've spent more time reading about Dracula (1931) than I have watching it. So yeah, 25 (or more) years ago, I thought the original Dracula was boring and awkward. Kids. What can ya do? I do remember thinking that it was really important to watch this and other classics as a burgeoning horror kid.

The first thing that blows my mind are things that I definitely was never consciously aware of as a kid like the production design. Man oh man, the matte paintings are fantastic. They give everything the feel of an alien landscape especially now that everything these days is done with CGI. Will people in the future look back on our cinema and find our bad techno-trickery all charming and shit? As for the sets, wow just wow. Obviously, camera tricks were the CGI of their day and of course, filmmakers from then would have used computers to make their vision end up on the screen. But these quaint and obviously hand-crafted touches make me so happy and I don't mean that in a condescending way (at least I don't think I do).

Okay, what is with the bug? So when Dracula and his lady Draculas are getting out of their coffins, there's some crazy shit going on. First of all, there's a possum. I found this very amusing because I live in Florida and the dang things are everywhere. Then I remember that Todd Browning was from Kentucky so that means he knew that they will appear exotic to the rest of the world. Maybe. I don't know where I was going with that. Anyway, the bug. So we see everyone getting out of their coffins and then there's a shot of a bug climbing out of his/her coffin -a tiny coffin? Or was that supposed to be a human sized coffin with a giant bug in it? My pal Nafa just suggested that the bug may be one of the wives other forms. I like that idea. There's also some armadillos which made me shake my head when they were chillin' in the crypt. They're pretty friggin' adorable.

The next thing that I really adore now -more than I could have ever anticipated as a young lad- are the smoke machines pumping a metric ton of atmosphere into this bad-boy. They give all the mist, fog, smoke, smog, haze, etc. that just makes me giddy in my current state of fandom. When Renfield shows up to switch carriages, the smoke looks like it was absolutely choking everyone on the set. Even though this scene is supposed to be outdoors, it's so claustrophobic that it made me frickin' nervous.

The vampire wives skulking around in the aforementioned mist is something I remember VERY DISTINCTLY. In fact, when they leave the movie (???), I remember just checking out for the most part. I thought they were so slinky and sexy that my brain never made the connection as to how dangerous these characters are. Has that attitude changed for me? Hell no, it hasn't. I'm still like "Ladies, I know I'm not Bela but hey I'm kinda pale. What are my chances?" Come to think of it, all of the women in this movie are just stunning. The ones that are stricken with ye olde vampire syndrome are just made up and photographed so perfectly that I just can't them out of my head.

This will come as a surprise to very few people (or no one at all) but my old complaining for years at how slow and silly this film is have melted away. While it's true that a few lines of dialogue and especially some of the over-the-top delivery still make me chuckle, I adore this cast. Whenever Dwight Frye as Renfield comes cackling into frame, I just want to high five whoever is sitting closest to me (which is my wife LeEtta, naturally). If I try to imagine audiences in 1931 seeing this film for the first time, I have to assume that his scuttling across the floor to go after the exposed neck of the maid must have scared the living shit out of people.

As for the pacing, I was never bored for a second during this viewing. There's just so much going on here that I have to wonder why the hell I don't watch this more often. I thought my attention span was getting worse not better! One of the big blind-spots in my horror fandom is for the 1930s. I swear I'm getting better about this era.

The almost total lack of a music score is certainly something. I really don't know how I feel about it. The opening music is perfect and the bit at the opera house works great. I'm not saying there should have been wall to wall music but yeah, I think the minimal score might be something that alienates people from this version. I like it because it does something funny to my brain that probably wasn't intentional at all. Has anyone taken the score from Ace Ventura: Pet Detective Jr. and used it on Dracula? I think that should be a thing. Did Philip Glass do the score for any of the Ace Ventura movies? Speaking of blind-spots, I absolutely have a block about the silent era of horror. I'll probably need more time for that. Don't give up on me just yet.

The darkness of the shadows and the suffocating nature of the nighttime scenes are almost too much for my tiny mind to take. So much mood is communicated with the simplest of things. When Dracula attacks the flower girl, holy crap! While I should probably be ashamed that I had such a low opinion of this film for so long, I'm very happy to have finally come around to it. Ladies and gentlemen, I love Todd Browning's Dracula! I can practically hear your eyes rolling but this is a big deal for me. Anyway, thanks for letting me ramble again. It's been a while. The shadows are where I'll be if you need me.

Posted by Richard of DM at 9:58 AM No comments: