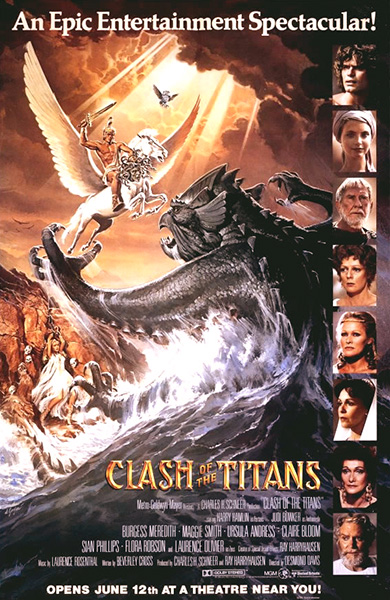 While I continue to mine the depths of my memory (without leaving any reliable support beams or adhere to any safety regulations as I go), it dawned on me to try and recall what my very first memories of watching movies are. The first film that I have a very tenuous memory of catching in theater is The Empire Strikes Back (1980). Since I was only four when that film was first released, it was likely during its 1981 or 1982 re-release. This sticks out for me because I remember being really confused how the empire was able to reattach Darth Vader's head after Luke cut it off. This plot confusion didn't get cleared up for many more years than I'd like to admit. I asked my mom if she remembers taking me to this film. All she recalls is something loud and scary happening. I was much too young to have seen Star Wars (1977) in the theater but my parents got me The Story of Star Wars record which I listened to constantly.

Now I can't confirm the following but I believe that my family enjoyed cable television while I was little lad in Montana. The first movies I remember watching were Popeye (1980) and Clash of the Titans (1981). I don't know if HBO (or whatever channel or channels we had) still does this but when they had a new movie, they would play it all day long. So if memory serves (unlikely), I watched Popeye and Clash of the Titans over and over again all weekend long. I also remember that they played Hardware Wars (1978) and I laughed my head off at it after my dad explained to me why it was funny.

In the vein of things cinematically tragic, I was utterly freaked out by another short film called Recorded Live (1975) which is about film reels that come to life and devour a guy. This poor bastard shows up to a movie or TV studio looking for a job and dies horribly. This could be a metaphor for my social life and how it has been utterly decimated by my love of movies. Or it's about how I feel about showing up for work.

Robert Altman's Popeye is just grotesque and weird. I tried to sit through it once many years later but I was struck by how wrongheaded it seems to be. Maybe it captures the spirit of the original cartoon too well. What is the spirit of the old cartoon, you ask? Imagine if you cut open the rotting carcass of a bull, climbed inside, and did push-ups on your knuckles while listening to the 1812 Overture on 78rpm. That's how I feel about it. So anyway, I have a feeling that if I put the 1980 film on right now, I might actually enjoy it just because it's so goddamned weird. Chances of me actually doing that are around 12%.

Leave it to something as silly as Clash of the Titans to introduce me to the magic of Ray Harryhausen. Later, I'd have my mind blown by his work on the Sinbad movies but this epic 1981 um... epic was just what the doctor (I assume a pediatrician) ordered. My fondest memory of this film is the nighttime scene where Calibos sneaks into Perseus and his crew's camp in order to kill them. This sequence haunted me in the best way and is the closest thing to that European horror vibe that I love coming from a fantasy movie. I recently bought Clash on Blu-ray and haven't revisited it as of yet. However, I have been listening to Laurence Rosenthal's score while writing this. I've seen the 2010 remake but all I remember is that it wasn't terrible. Oh and Medusa was truly lame.

Posted by Richard of DM at 2:17 PM No comments: 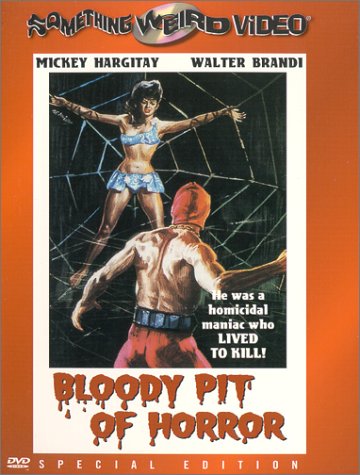 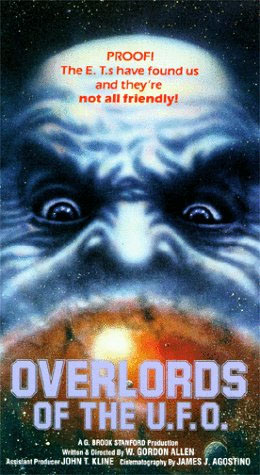 W. Gordon Allen, the writer, producer, and host of this documentary, takes himself and the material presented here VERY SERIOUSLY. This is the film that dares to ask the burning question, “Who are the overlords of the UFO?” Why is it worded that way? I don’t know. While this is a rather dry presentation and gets a little dull at times, Overlords of the U.F.O. is pretty intriguing. The best moments are the artistic recreations of various incidents of sightings and abductions. However, my favorite bit is the information provided by communications from aliens of the planet Ummo. This stuff is just so wild and so much damn fun. Your enjoyment of this documentary will depend entirely on your interest in UFOs and the US government’s attempts to cover up these incidents.

Email ThisBlogThis!Share to TwitterShare to FacebookShare to Pinterest
Labels: 1976, documentaries

You're Never Nothing (Coming Soonish) 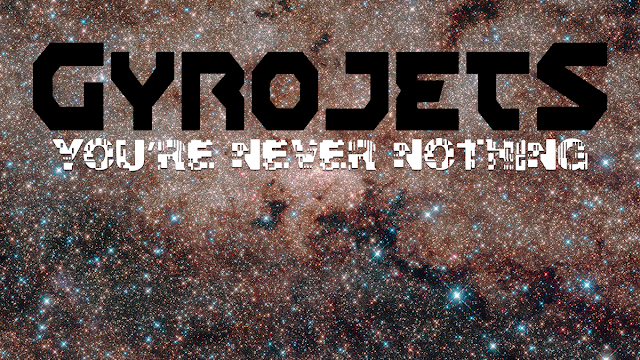 Hey there! As far as busyness goes, I'm pretty businesslike. My band GYROJETS has been recording our first full length album and let me tells ya, it's a lot of work. We're doing everything ourselves to push my recording equipment to the breaking point and just to say hey look we didn't pay anyone to record this! As sort of a progress report and a way to get everybody hyped, we put out a little sampler (link below) of all 11 songs that are on the album as well as an improvised jam we did just a couple of weeks ago. So what's left to do? Ohhhh almost everything. The guitar and drums are about 90% done or more (I hope) and so that leaves bass, keyboards, synthesizer, broken dream-catchers, and vocals. See? Not that much!

Sam and I formed GYROJETS three years ago and we've played some shows. I think we have a pretty rad band. We didn't know what genre we were exactly so we made up our own. It's called Realistic Music. So anyway, I have been recording our demos since day one with varying degrees of success. Due to my stubbornness and addiction to instant gratification, those recordings are a little not so hot. So I'm trying something new and really taking my time as well as inviting my bandmate to be much more involved in the mixing process. I want us to the do the best album we can with the tools that we have. Next time, I'm totally fucking paying someone else to do this crap. I'm tired! So anyway, wish us luck!

Check it out right here and hear and hear.

And here's some recent-ish live footage. This was when we premiered our now famous jumpsuits.

Posted by Richard of DM at 8:03 AM No comments: