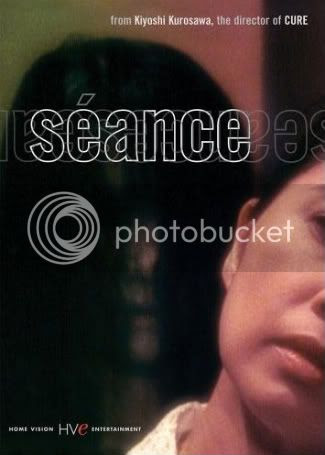 Junko (played by Jun Fubuki) is a medium who is very sensitive to the spirit world. This connection to ghosts makes it impossible for her to even hold a regular job. She sometimes holds seances to help others come to terms with the dead. Her husband Sato (Koji Yakusho) is a sound engineer at a TV studio who, through a very strange twist of fate, accidentally kidnaps a missing girl that his wife was trying to locate. Instead of turning the girl over to the police, the couple cooks up a scheme to make Junko a famous medium. Of course, their plan goes to shit and tragedy ensues. 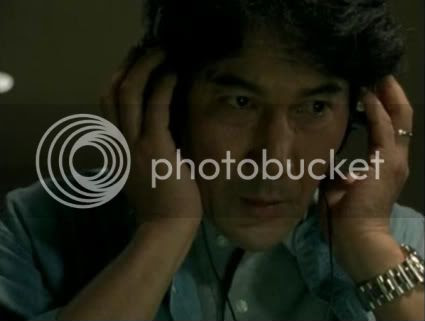 Director Kiyoshi Kurosawa (Cure, Pulse, Retribution) knows how to deliver the scares and he also knows how to deliver chilling, thought-provoking, and painful horror films. Séance is no exception. It is less about ghosts and more about what happens to good people facing a moral dilemma. The film features an amazing score by composer Gary Ashiya that is both haunting and threatening and a drab, off-white palette from cinematographer Takahide Shibanushi. 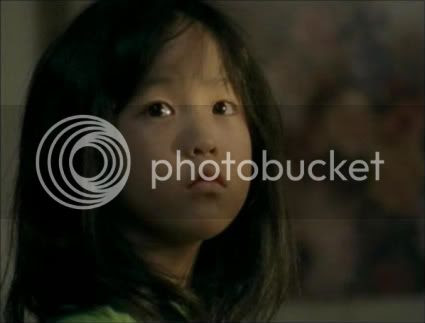 Performances by Jun Fubuki and Koji Yakusho are superb. The way these two characters interact and the way that the supernatural has become a commonplace and dreary thing. In fact, Junko is so worn down by the physically and emotionally taxing world of spirits that she can’t hold down a normal job. Both characters are so well written and both of these talented actors give believable, dynamic performances. 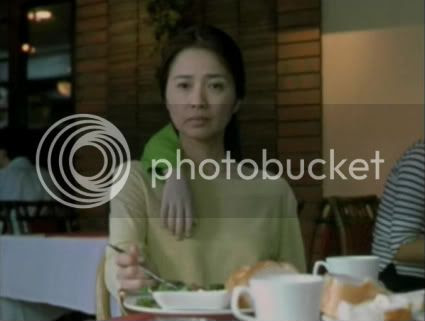 Séance is an excellent film with a bleak atmosphere and genuine dread hanging over the whole storyline. The plot keeps taking turns for the worst and it is just a darkly beautiful and sad thing to behold. The only thing really wrong with this movie is a cheesy effect used on one of the ghosts. It is the only thing that reveals this film’s made-for-television origins. So if you can forgive that one instance of silliness, you’re in for a treat. Turn off the lights, crank up the speakers, and dig Séance. 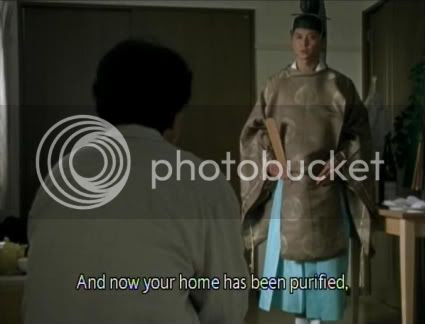 EDIT: Hey there. My good friend Brad just asked me if I'd seen Seance on a Wet Afternoon because it sounded very similar to Kurosawa's Séance. I had seen the 1964 film and then it dawned on me like a ton of bricks riding on a flaming snowplow: Séance is a remake of Seance on a Wet Afternoon! The films are quite different but they do share many of the same plot elements. Wow, I'm pretty dense.
Posted by Richard of DM at 9:22 AM