Hey there, my splendid pals. I've been pretty busy lately and haven't been blogging nearly as much as I should be but I thought I would drop in with a couple of things to tantalize and traumatize you. First of all, Fang Of Joy Issue #1 is almost sold out. As of this moment, there are only 10 left in my eBay shop. And there are some available from my good friends over at Goblinhaus. Get them now while they are still squirming around.

So what about issue #2, you ask? Well, I assure you there will be an issue two and it is going to be friggin' awesome. We have so much badass content lined up that I am shaking with Eurohorror vibe-ations. Articles, reviews, interviews, original artwork, and more. Hot damn, I can't wait! I don't want to go into it all now but rest assured, I will be back with more information on issue #2 later.

Email ThisBlogThis!Share to TwitterShare to FacebookShare to Pinterest
Labels: Fang Of Joy, zines 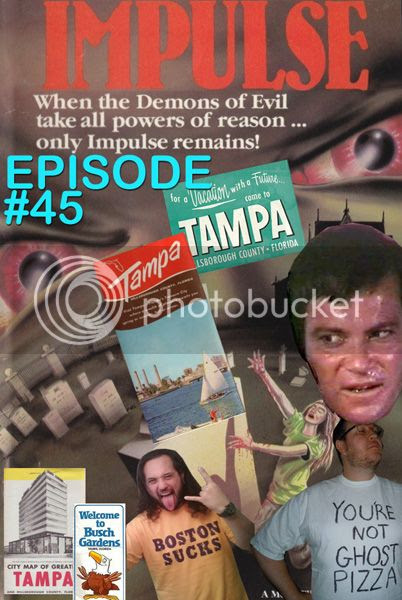 Nafa returns to Hello! This is the Doomed Show and this time we are talking about Impulse from 1974 starring William Shatner, filmed right here in wonderful Tampa, Florida. That's right, we finally took a little break from talking about Rob Zombie (by listener demand!) and delved into something so freakin' insane that it transcends the genre. What genre is that exactly? I'm still not sure. Be sure to listen close for a cameo from Sparkles the cat.

What about them old episodes?

Pay attention, rockers. This is how you get people to come to your gig.
Posted by Richard of DM at 11:49 AM No comments:

When it comes to Elvis Presley's music, I'm a little ignorant. I know he wrote "Hey Jude", "When the Levee Breaks", and that "Allison" song or whatever. But when it comes to the movies he starred in... Well, what can I say? That's my shit, "Hound Dog"! I am going to just randomly talk about Elvis movies I've seen in a few installments. Be sure to Tweet if you like it or Snapchat or something! :P 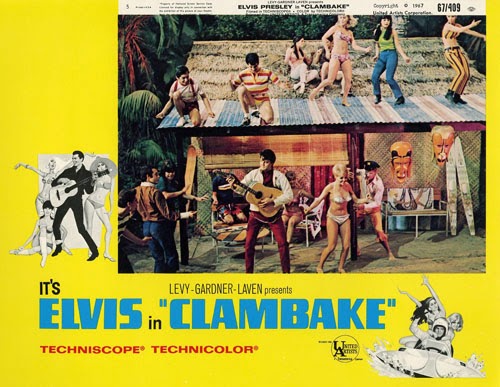 Clambake is a wonderful of example of Elvis not giving a fuck anymore. There are several scenes in this film where his emoting amounts to a drowsy stare that gives me the creeps. The plot in one sentence: The son of a wealthy oil tycoon trades places with a water ski instructor to see if he can make it on his own, impress a girl, and win a boat race.

Between the aforementioned abysmal Presley-acting, Bill Bixby playing a villain we're supposed to kind of like(?), hippie happening-esque moments in the vein of "Rowan & Martin's Laugh-In", boring boat racing, and a horrifyingly schmaltzy musical number called "Confidence" -think of it as the worst rendition of "High Hopes" you can imagine but worse- this movie is all over the place. The insane cuteness of Shelly Fabares (I'll be getting back to her in Girl Happy and Spinout) and the eye candy from the female extras kind of win me over, truth be told.

Fans of cool cars, Fender guitars, wacky situations, garish cinematography, and above all, bad friggin' movies, need only apply. Don't get me wrong, this one is staying in my collection because it is so enjoyably bad. Even the DVD from MGM looks like no one gave this movie a second thought. This has one of the poorest transfers I've seen an Elvis movie get so far. Pretty sad.

That's me in the guitar flesh.
Posted by Richard of DM at 12:25 PM No comments:

Can anyone help me identify this giallo? 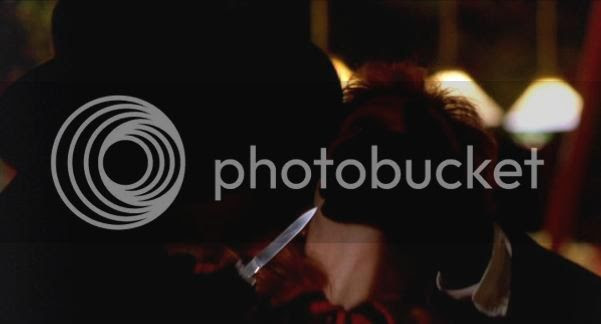 Email ThisBlogThis!Share to TwitterShare to FacebookShare to Pinterest
Labels: giallo

There's a new episode of the podcast up for your ears. Please welcome friend of the show, Jeffrey of the Nessun Timore blog, as special guest co-host. We get seriously delirious over Pupi Avati's classic giallo The House with Laughing Windows and have a frickin' great time. Please give it a listen right now.

For all of you purists of the show who are like "Who was that Nafa guy?" or "Who is this Jeffrey character?" and "WHERE THE HELL IS BRAD?!?!!", don't worry, Brad will return! Dats a promise. We are dealing with a whopper of a schedule conflict and I've invited some nice folks to talk to me while we get our respective acts together again.

If you're new to the show, please check out the archive of past episodes.

My band GYROJETS is playing this Saturday. So I made this:
Posted by Richard of DM at 7:32 AM No comments: 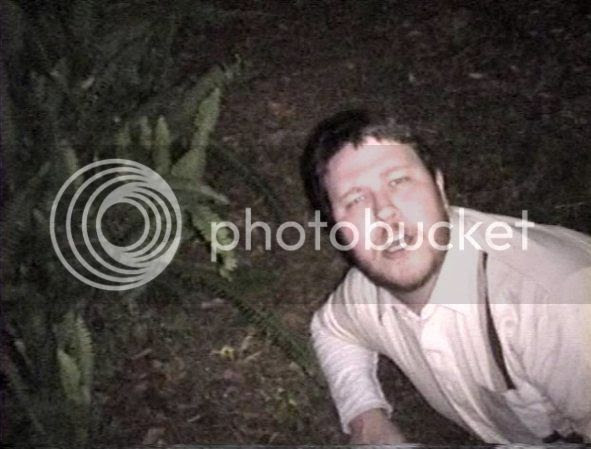 Nine years ago I had this crazy idea to bring my own unique take (*rolls eyes*) on horror movies to the world.

I thank all of you who have supported or contributed to Doomed Moviethon over the years. You are awesome.