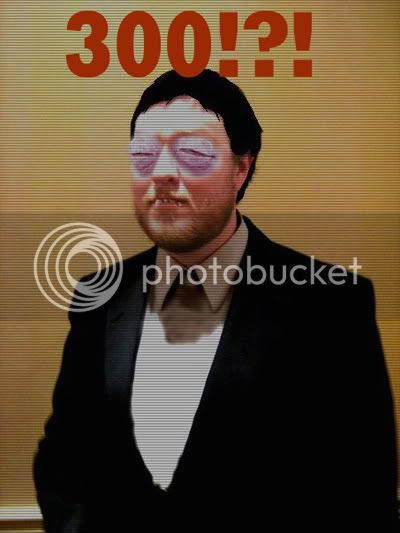 I am the Boy from Hell (in man form)!

Oh my goodness. Hello everyone. We have less than a week left in this month long Asian horror spectacular and I somehow managed to reach Cinema Somnambulist's 300th post. Thanks to my guest bloggers for doing all the work! Okay, maybe I wrote a few things. And, of course, thanks a million to any of you who are reading this. If you've been following little old CinSom and Doomed Moviethon, you rock harder than Jimmy Page's sternum. I'm not sure how much that rocks but I'm guessing that it's like way lots of rockin'.

Today, I have a horror anime double feature for you and yours. So without further a-duder... On with the show. 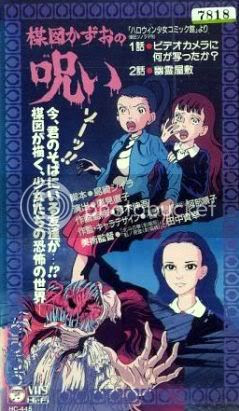 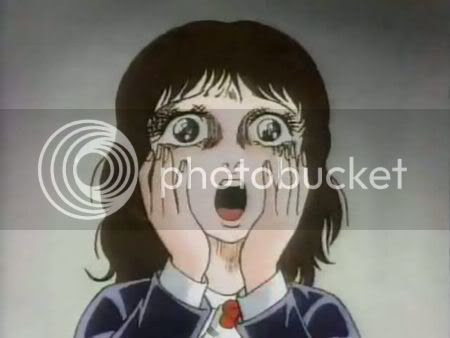 Horror manga master and general lunatic Kazuo Umezu introduces a pair of horror tales from the comfort of a swing in a park after midnight. The first story is about Masami, a young girl who thinks that Rima, the new and beautiful girl at school, is a vampire who is attacking her at night. Every morning she wakes up screaming from a nightmare with a small hole on her throat. A friend at school offers to let her use his video camera to record her bedroom while she is asleep to see what is really going on. Bad idea. 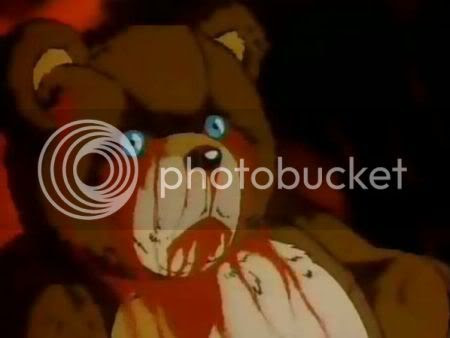 The second story involves two ditzy high school friends, Miko and Nanako. Nanako likes horror movies and being scared while Miko is a bit of a scaredy cat. The two of them and a couple of their girlfriends from school decide to explore the supposedly haunted mansion. After some creepy weirdness happens, Nanako decides to taunt a ghost. Really bad idea. 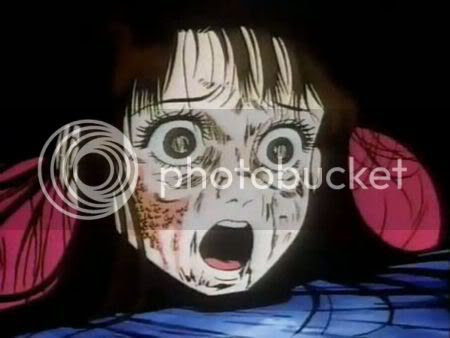 One of the most frustrating things about horror manga artists like Kazuo Umezo is that it is almost impossible to adapt their work for film or TV. When it comes to anime however, there’s a greater chance that something magical can happen. And that’s just what happens here in The Curse of Kazuo Umezu. These two stories have a very corny yet dark ironic thing going on and there’s lots of blood. It feels exactly like the artist’s twisted manga and the animation style (though a little clunky and cheap) really shines here. You need to track down this two episode one-off wherever you can find it because it’s just a silly, spooky, and gory good time. My only complaint is that it’s too short! I wanted more. 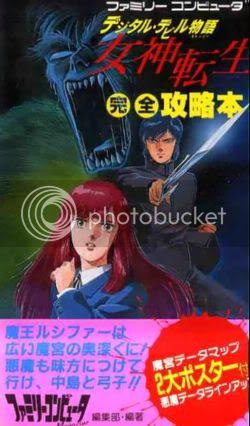 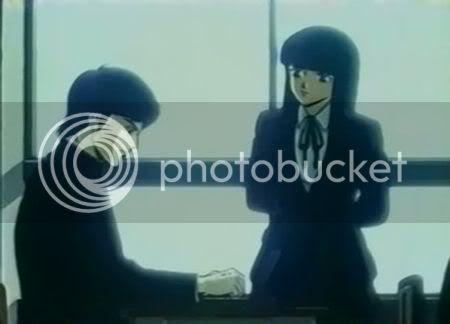 When Yumiko (voiced by Saeko Shimazu) transfers to a new school, she is immediately drawn to antisocial computer geek Akemi Nakajima (Yuu Mizushima). She seems as though they have met somewhere before. She decides to stay after school and spy on this jerky loner. Akemi is obsessed with conjuring demons using his computer. He’s using his hot teacher as a love offering to the demon Loki (Houchu Ohtsuka). 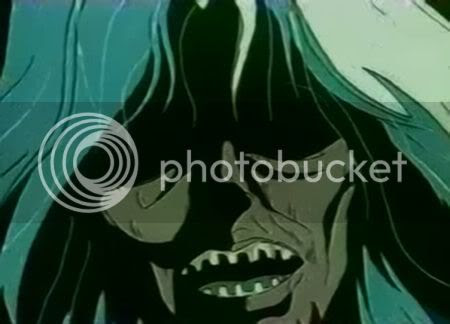 Unfortunately, Loki wants more and the more he wants is Yumiko. The demon breaks out of his computer chip prison, possesses the hot teacher, takes over the school, and tries to make Yumiko into a nice little snack. Akemi tries to fight back but come on, he’s kind of a wuss. Luckily, Yumiko is the reincarnation of a god and she might be able to help put Loki in his place. 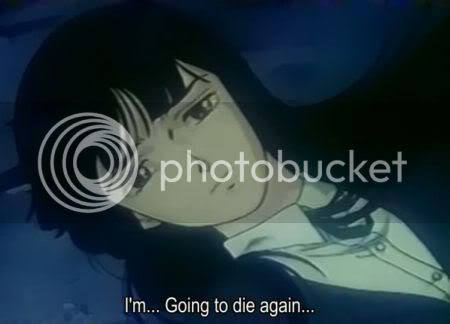 When it comes to old school anime, I have a big old soft spot. So if the story is weak and the art is cheesy, I can be swayed if I get that nostalgic feeling of my youth spent tearing through Blockbuster’s lame ass anime section looking for something, anything of value. Based on a popular role playing game (which itself is based on a novel), Digital Devil Monogatari Megami Tensei does indeed deliver the goods despite its faults. Another important factor is that my copy of this flick is a little under the weather. The grubbiness adds to the feeling that something just ain’t right. I would share this experience with you if I could but the clips of this one on Youtube are too clean, damn it! 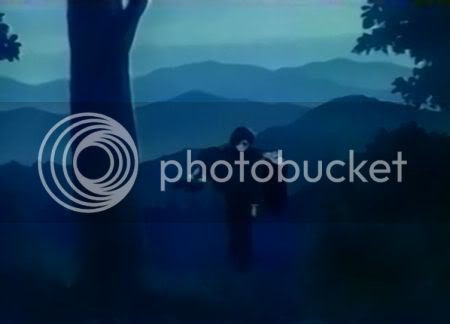 Digital Devil is bloody, horrific, a little trashy, and violent as hell. The story definitely does some meandering and goes down some convoluted paths. For instance, why did the demon need to infect that bank’s computers and kill everyone there? Was the writer pissed off about those bounced check fees? Did the director have an ex-girlfriend who was a bank teller? I don’t know, just enjoy the spurting blood, I guess. The music is also quite good in this one and the artists use some awesome colors. 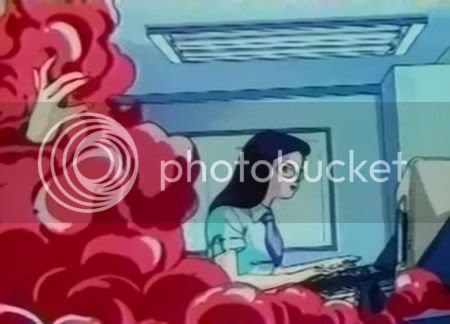 (Is it just me or does the chick at the computer look a little like The Baroness?)

I’ve been waiting for this anime my whole life, I just hadn’t found it yet. But it’s not all roses, my friends. Before you go looking for this one, keep in mind that I did fall asleep at least once. I woke up, got confused by the plot, and tried to back track but it didn’t really help. It’s just not clear what’s going on and it really doesn’t matter. Digital Devil is a pretty great horror anime but story wise, it’s got some serious issues that it makes up for with a dark atmosphere and some blood and guts.
Posted by Richard of DM at 7:44 AM