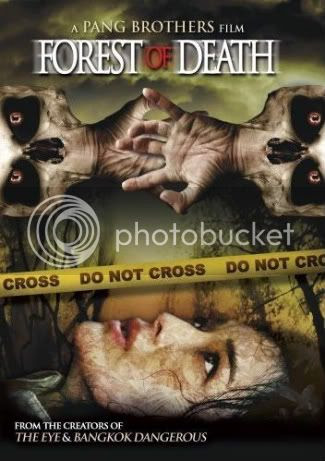 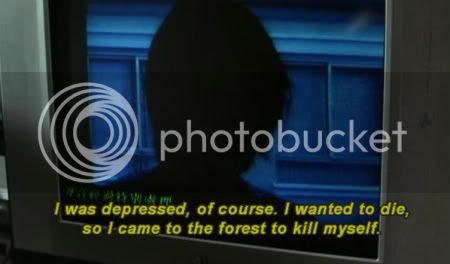 A remote section of forest is known as a popular place for suicides is also said to be haunted. Detective Ha (played by Qi Shu) is trying to close an unsolved rape/murder case that took place there. May (Rain Li) is a reporter on a sensationalistic TV news program is interested in the forest. She shows up with a camera crew to film a reenactment with a murder suspect in the forest. During the recording, a detective drops dead on the spot for no discernable reason. May’s boyfriend, botanist Shum Sho-Hoi (Ekin Cheng), is called in to see if he can provide any answers to the strange phenomenon. The mystery deepens as the freshly dead bodies of people who have been missing for 40 years start to turn up. 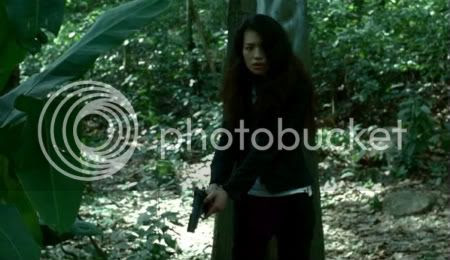 Forest of Death has some problems. The story is really muddled and none of the characters are all that interesting. The romantic triangle subplot can’t seem to get off the ground and the music score is really over top, nearly ruining some potentially great scenes. I liked the urban legend behind the forest’s mystique (wouldn’t that be a rural legend?) but the film never comes together. Somewhere around the 45 minute mark, I started losing my patience but the film got just strange for me to stick it out to the end. Still, it was a chore to get through this one. And the weapon of choice for suicides and murders: box cutters; always the box cutters. There are a few cool (and some corny) ideas about plants feeling pain and fox spirits but The Pang Brothers have done much better. 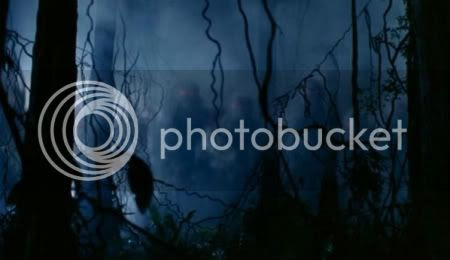