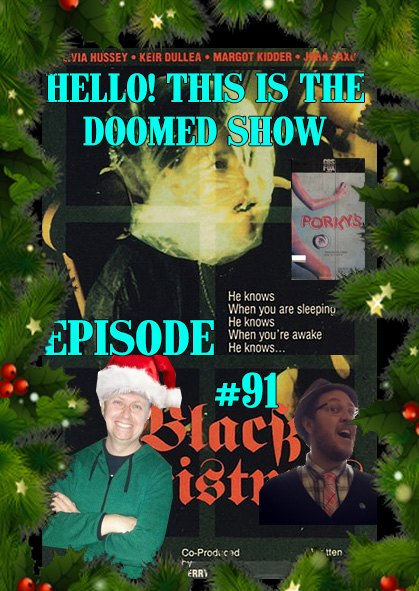 Hiya. Here is the most recent episode of the show. My pal Eric Grubbs and I talk about Black Christmas from 1974 and we throw a bone to the remake (which I love, Eric not so much). There was some technical issues so this episode sounds a little poopy on my end but the convo is solid. This is the last episode of 2015 so enjoy it, my friends. Hey, we released 30 frickin' episodes this year! Wut? Pretty amazing.

Listen here! And dig on the archives right here!

Get more Eric here and here. You know you wanna!

Posted by Richard of DM at 9:02 AM No comments:

Hello! This is the Doomed Show Episodes 89 and 90 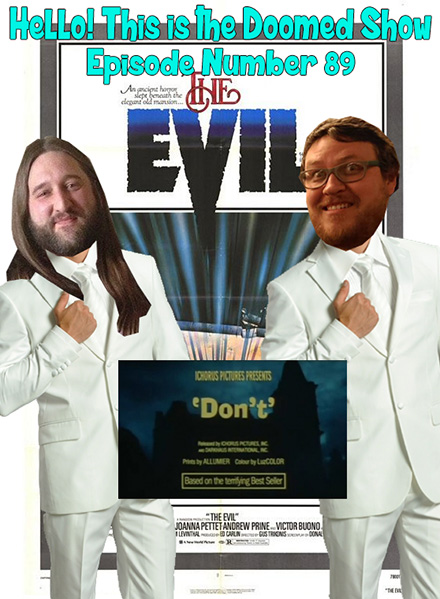 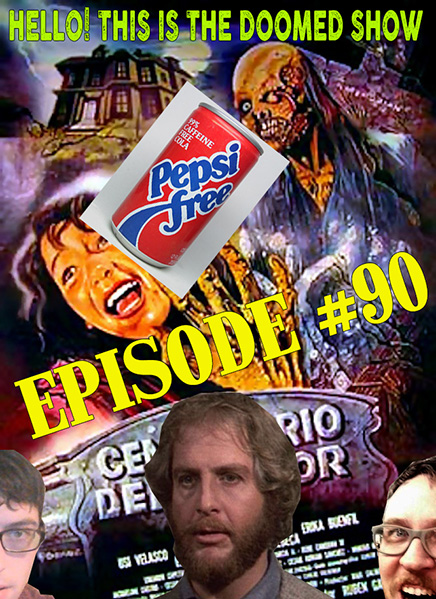 Wow. Episode 100 ain't that far off, my friends. That is crazy. Here's the two most recent bouts of insanity. Listen here!

Check out the archive for the oldies.

Posted by Richard of DM at 7:49 AM No comments:

The Moviethon Vlog - The Unseenly - Frankenstein and the Monster from Hell 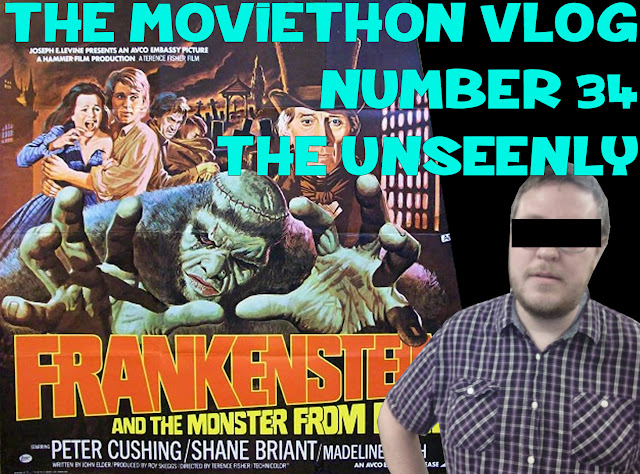 I realized that it has been way too long since I've recorded one of these. Hope you enjoy it 'cause I'm a tad rusty.

Posted by Richard of DM at 7:47 AM No comments:

What We Watched In October 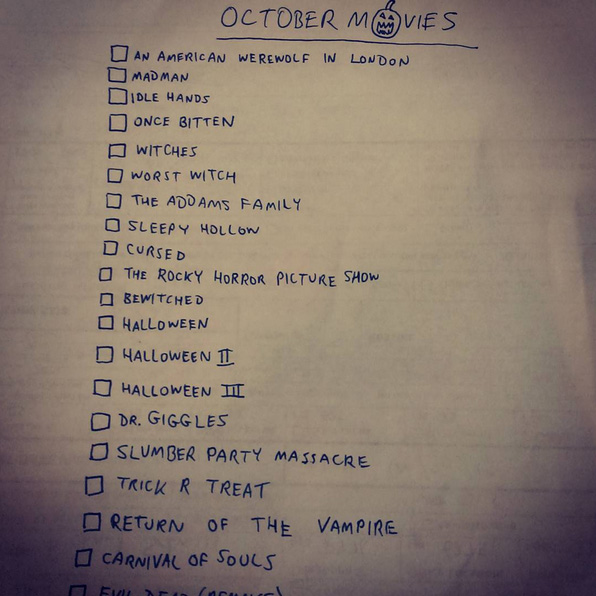 Sorry that I've been so busy, my friends! I've been toiling away on my horror fiction novel and editing Cinema Sommanbulist: The Book so much that I didn't post any of my wife LeEtta's and my October viewing. It was a great month for spooky Halloween type stuff and we had a great time. My new catchphrase, "Rum says yes!", was born during this fine month.

So here are the Halloween movies and TV specials that we watched all month long...

"The Haunted History of Halloween" 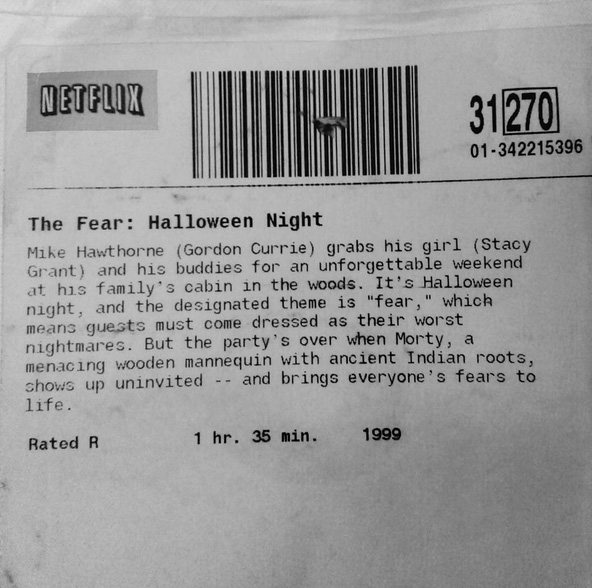 All Hallow's Eve (2013) - This one stuck in my head after it was over but I wish that all of the female characters weren't shrill idiots.

The Fear: Resurrection - I knew this was going to be bad but wow, the man in the 'wooden man' costume is wretched.

The Coven (2015) - The Chav Witch Project? This was fucking terrible.

"Goosebumps: Attack of the Jack-O-Lanterns"

"Johnny Bravo: Franken-Bravo" - This was truly hilarious. I forgot how much I love this show.

"Goosebumps: The Haunted Mask I & II" - The kid-acting in this is next level perfect with Canadian accents.

Practical Magic - I am the best husband in the world.

The Crow - This actually comes with an official Goth Society ID card.

Evil Dead (2013) - A rollercoaster straight to hell. I love this remake.

Teen Witch - This film is the devil. Watch at your own risk. I love it.

Dr. Giggles - Wow! This was my first viewing. Bad 90s teenagers die horribly. This felt like William Castle but with more "doodly squat". 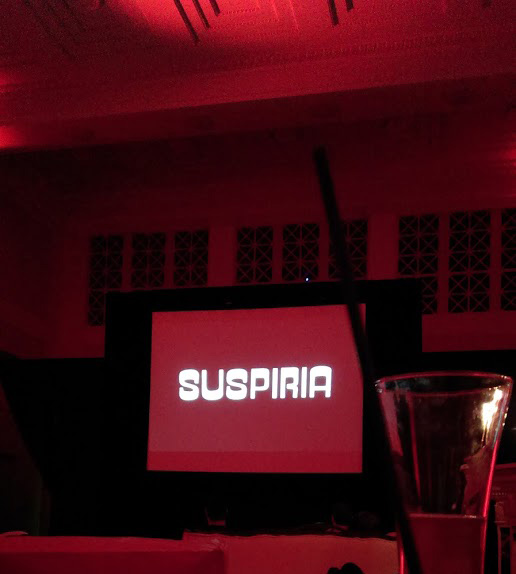 Suspiria - This was very special. We attended a screening of this at The Vault here in Tampa. Seeing Suspiria with a crowd was genius.

Lisa and the Devil

An American Werewolf in London 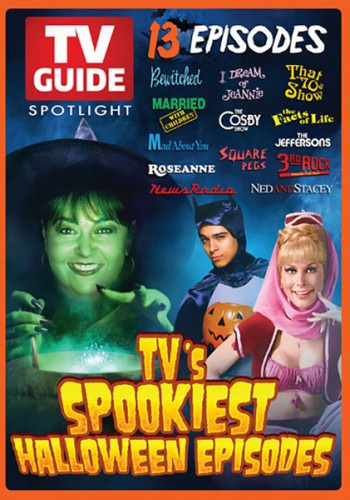 Harry Potter and the Prisoner of Azkaban

The Crow: City of Angels - This was my first viewing of this. Kind of great but mostly baffling and stupid. 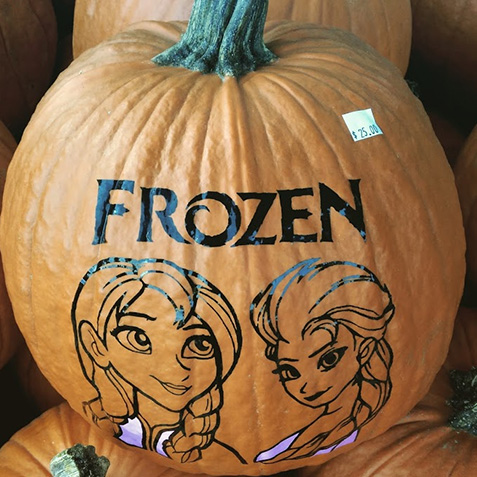 Freaky Farley - Still one of my favorite indie horror films of all time.

City of the Living Dead - Watched this with my #MoviePartyCrew homies. A perfect end to the season.