Wednesday Ramble: Not Gonna Make It 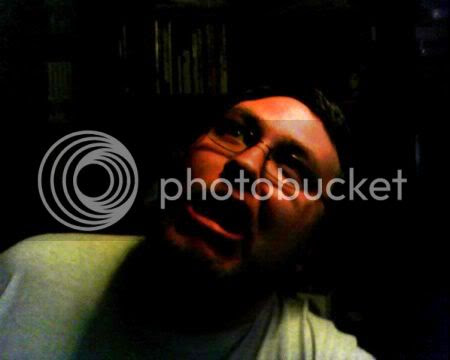 Someone put a ring on my grudge.

Well, look at that. We are now at the halfway mark of this Asian horror month and there is no way I’m going to get to through all the movies I want to talk about. Even sadder than that, I’m having a friggin’ blast and I don’t want this to end. October and especially November (National Novel Writing Month) are going to be busy months for me and I’ll have to get off this sick and demented Asian train. The mission is to squeeze in as much goodness as I can into the next 15 days and hope for success. Here are a bunch of things I’m not going to get to this month but I’m going to briefly mention.

This is a jolting, scary, gruesome, and surreal shocker from the director of Tetsuo, the Iron Man. I’m still waiting for the sequel to hit DVD here in the States. Check this one out if you haven’t already.

Organ theft has never been quite this fun or sexy! This is a strangely enjoyable flick that features two beautiful lead actresses, at least two puke takes, and a fire axe showdown. I don’t mean a flaming axe, I mean the kind of axe a fireman would use. Sorry.

This is possibly one of the most overrated films of the last decade. It is not bad by any means but I was disappointed when I finally got to see it.

It is impossible for me not to gush about this incredibly scary and lovely film. Before it hit shelves over here in the States, I had a wonderful VCD of Pulse. I knew absolutely nothing about it other than it was a dirt cheap purchase on eBay. Needless to say, I felt like a lucky bastard. Remake is almost, ALMOST hilariously bad.

This is definitely a strange zombie flick. The offending dead people reanimating virus is first spread by a bio-engineered sports drink (?) and our two heroes are Beavis and Butthead-like characters who, because they are good at zombie-killing videogames, rise up to save the day. Only problem with this one, the tone shifts too much from hilarious to depressing like… Oh I don’t know… Shaun of the Dead!

Junk is a wild and wonderful zombie/heist flick influenced by the Italian gore epics of the 1980s. Despite the action and the splatter, films runs a little too long for my tastes. 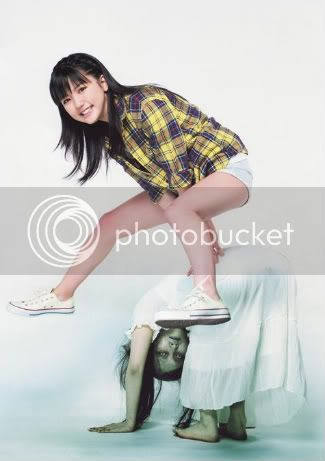 I need a moment here. Okay, where was I?

Could this be the sickest film ever made? Yeah. Prepare to be terrified, nauseous, and possibly even outraged by this Category III shocker starring the amazing Anthony Wong.

This flick is very, very weird. Director Tsukamoto doesn’t disappoint with this off kilter horror tale filled with demons and severed heads that sprout legs and run around (that doesn’t sound familiar at all). I like Hiruko the Goblin quite a bit but yeah, what the fuck?

I take pictures of dead people. You know what? I can’t sigh loud enough. This movie rubbed me the wrong way, seriously. It’s overlong, kind of dull, and those poor chickens!

I was really impressed with this Korean slasher flick. Plenty of twists and turns to keep you guessing plus some beautiful cinematography. Oh and there’s carnage too.

You got ghosts in your photos, bro. Wow! This film is scary and just plain awesome. It also has a great ending. The Eye wishes it was this good. The remake can bite the big one.

I feel strangely blessed just by having seen this wacko flick starring Chow Yun Fat, Chin Siu-Hou, and Maggie Cheung. The Seventh Curse is all over the place with insane gore setpieces and a breakneck pace.

Yeah, this is one of the biggest surprises in a while. I was expecting the worst from The Red Shoes and got my brains knocked out for such foolish thoughts. Director Kim takes a formulaic cursed item/ghost story and goes ballistic with it. It contains lots of manic energy and insane visuals.

This is awful crap belongs to the Theater of Horror set inspired by the manga of Hideshi Hino. I hope that that this interminable hour-long episode is the worst of the bunch because it fucking sucks. Any potential for silliness, fun, or creativity is totally wasted in this zero budget tripe.

That concludes this batch of half-assed reviews. Go forth, my friends, watch some Asian horror flicks! I have many more to go this month and I hope that I can fit it all in. I want to say thanks to all my homies for their contributions so far. You guys totally rule. All right! Here is a trailer for a movie that I am trying to find. Anybody know anything about this one?