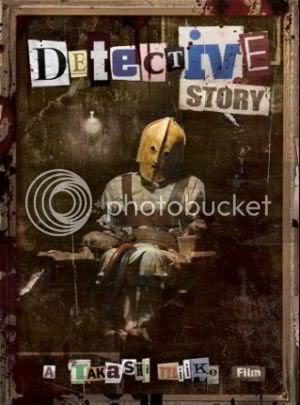 Detective Raita Kazama (played by Kazuya Nakayama) is neighbors with salaryman Raita Takashima (Kurodo Maki). These two dudes may share a first name but they couldn’t be more different. Takashima is a boring pushover who doesn’t know how to say no. He gets dragged along on Kazama’s wild journey to solve a series of gruesome murders that someone is trying to frame him for. On the other hand, Kazama is completely bonkers. His detection methods are completely unorthodox and yet he always seems to come out on top. However, Kazama’s luck seems to be running out on this case when a woman who comes to him for help winds up as another one of the killer’s eviscerated victims. 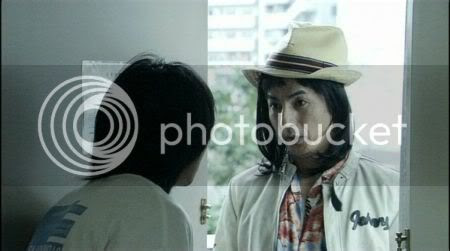 I freely admit that I don’t always understand Takashi Miike. I’ve been a fan of his since I first watched both Audition and Visitor Q several years ago. He did turn me off to his films with the potentially amazing but ultimately repetitive and dismal, Izo. Of course, after a little break, I was ready to see what the guy has been up to. Not too surprising, the dangerously prolific Miike has directed over a dozen films since then. One of those films is Detective Story, a gory, hilarious, and eccentric slap in the face to any doubters of the director’s greatness. 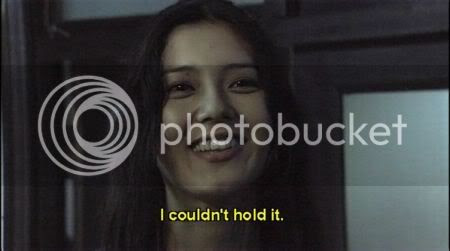 This shot on video horror flick is no cheap throwaway. Detective Story is freaky, nasty, fun, and wildly original. The main characters are totally outrageous and over-the-top and the actors are all up to the challenge. Nakayama (who had the unfortunate task of playing the title role in Izo) is fifteen different varieties of awesome in this film. His portrayal of the odd, brutish, and yet somehow loveable Raita Kazama is probably the best thing about this film. Kurodo Maki plays the other Raita, the sheepish, perverted, and perpetual stick in the mud, with gusto. It feels good to watch him suffer. My favorite, of course, is Kazama’s secretary, Mika, who is played by the lovely Asae Oonishi. Mika somehow manages to be even more deranged than her employer. 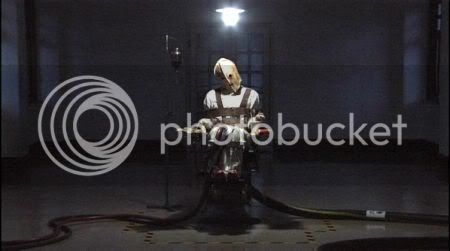 So if you’re like me and you loved Miike’s MPD Psycho but you were left wanting more, then you will definitely get a kick out of Detective Story. He delivers the weirdness, the jazzy soundtrack, the disgusting gore (when it’s not curiously pixilated), and the crazy characters. And it’s all mixed together in a strangely delicious blend of splatter, film noir, and comedy. Check this out, y’all. 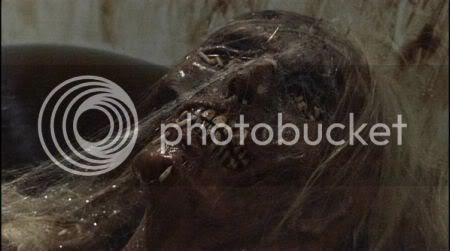