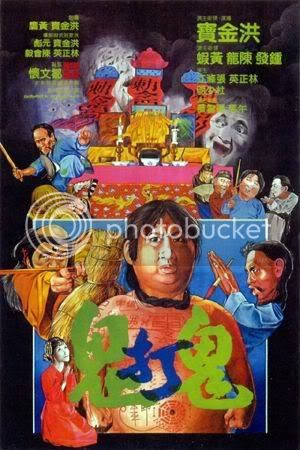 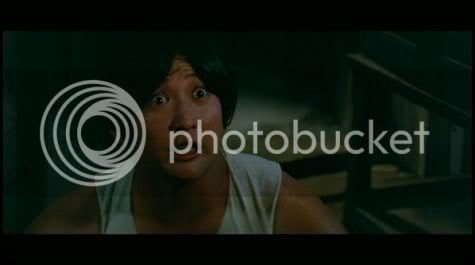 Bold Cheung (played by Sammo Hung Kam-Bo) isn’t exactly the brightest guy in the world. He makes foolish bets with his stupid friends and he happens to be married to a miserable battleaxe of a wife (Suet-Moi Leung). Worse still, Cheung’s boss, Master Tam (Ha Huang), is sleeping with his wife behind his back. He nearly catches the two together one day but Tam escapes out the back window. Fearing Cheung’s famous kung-fu skills, Tam decides to hires a wizard named Chin Hoi (Lung Chan) to kill the dope with black magic. 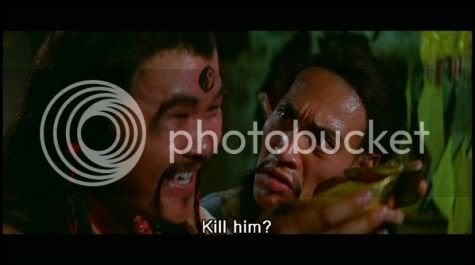 When Chin Hoi’s colleague, Tsui (played by Fat Chung), learns of his plans to use his powers for financial gain (and evil), he decides to help out Bold Cheung. With the two sides playing against each other, Cheung becomes a pawn in a battle between the two former colleagues. To top it all off, when it looks like the black magic isn’t going to be enough, Tam and his evil crony frame Cheung for his own wife’s murder. Reanimated corpses, possession, zombification, a very determined police inspector (Ching-Ying Lam), and two really tall altars; that’s what awaits you in this wacked out flick. 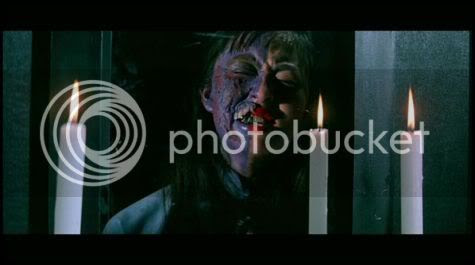 A friend at work lent me two movies on a Thursday before a long weekend. Those two movies were Spooky Encounters and Mr. Vampire. The following Saturday, I watched both flicks and I’ve never been quite the same. My love of kung-fu films had gone into a coma since the 90s when I just got sick of the shitty quality of the VHS tapes available at my local Blockbuster video. Spooky Encounters was the shot of L-Dopa my kung-fu De Niro needed to come miraculously back to life! I recently replaced my gray market copy of Spooky Encounters with the awesome version from Fortune Star. A brilliant move if I do say so myself. 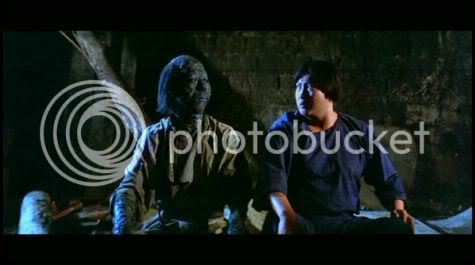 Sammo Hung’s Spooky Encounters is the greatest kung-fu horror film of all time* (or until I see something else that proves me wrong). If there is anything I can criticize this film for, it’s the flimsy plot which is a series of setpieces only tenuously tied together from scene to scene. But really, what horror flick (or kung-fu flick for that matter) doesn’t have that problem? Oh and women aren’t exactly portrayed in the best light. The only female characters that have any dialogue are both adulteresses. The cinematography and the atmospheric lighting perfectly compliment the stunning fight choreography and incredible stuntwork. 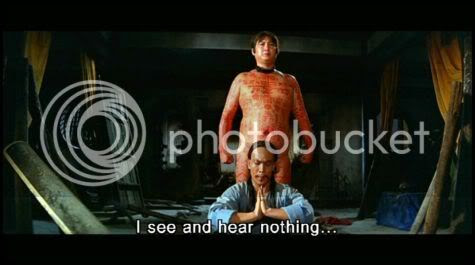 The first time I saw Sammo Hung in action (in this film now that I think about it), he immediately became my favorite kung-fu star. The guy is hilarious and big. Seriously though, Sammo Hung is a big dude which makes his kung-fu all the more impressive. Other kung-fu legends featured in this film are Fat Chung, Lung Chan, and Ching-Ying Lam. Lam would go on to star in Mr. Vampire and many other lesser variations of the same story. Chung would also get bitten by the hopping vampire bug and also appeared in several films of the same ilk. 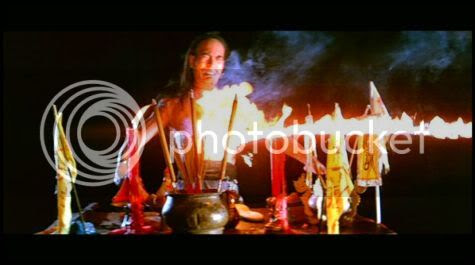 So what’s so special about all this insanity? It’s friggin’ energizing! Spooky Encounters has an undeniably infectious energy thanks to its perfect mix of fantasy, horror, action, and comedy, the presence of the charismatic and hilarious Sammo Hung, and an excellent supporting cast. Hung directed many films but so far this one is still my favorite with its boundless verve (verve?) and imagination. Other assets to this essential film are the dark humor and its downbeat yet riotously funny and abrupt ending which must be seen to be believed.

*This shouldn’t be too difficult to dispute as just about anyone is more of an expert on the kung-fu genre than I am. 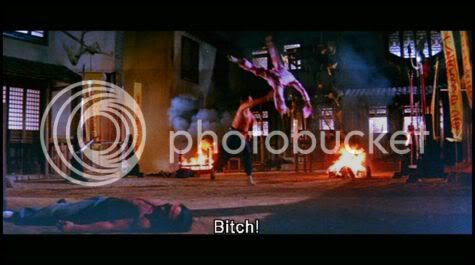