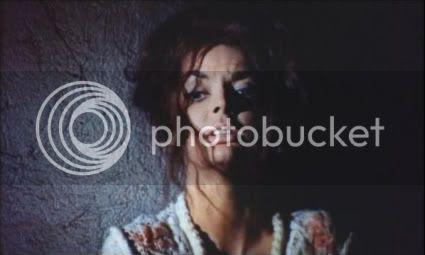 Can you describe in 700 million words or less that European horror movie thing? I sure as hell can’t. What is it about Eurohorror that makes it so friggin’ addictive? Could it be the lazy menace or the incalculable morbidity? The feeling that something dark is lurking just around the corner or hiding just behind that tombstone is a big part of what makes horror so great. The European flair usually just means that the payoff will be bigger, brighter, or cheaper and yet somehow more endearing. This shit might bore Europeans to tears but for us kids over here on the other side of the pond, their films’ alienness is intriguing if not utterly fascinating. Eurohorror has secret transmissions that awaken those happy (depressing) and morbid (ecstatic) neurons that destroy (invigorate) my dumb brain. For the purposes of this ramble, I’m going to call this unique phenomenon ‘The Vibe’. 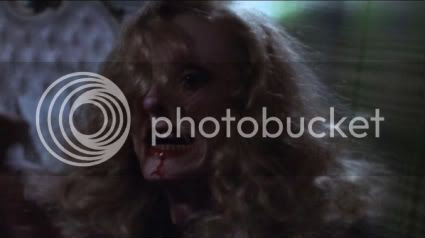 I don’t really know precisely where this very rambly Wednesday Ramble is going but I think I’m talking about white stucco walls, dirt floors, strange camera angles, overly bright blood, achingly beautiful actresses, claustrophobic spaces, ethereal music, ridiculous plots, etc. These are all things that make the Italian gothics of the 1960s so great. I want to blame it all on Mario Bava. These characteristics were replicated (and in some cases improved upon) very, very well by Spanish horror cinema in the 1970s. I mean, the Italians didn't really lose it until the mid 1980s. Of course, horrible 70s wallpaper helps too so things like the inept but strangely perfect Werewolf Woman make the list as well. And speaking of werewolves, most of Paul Naschy's body of work (especially with directors León Klimovsky and Carlos Aured) contains this unique sensation as well. Check out any of his performances as the doomed Waldemar Daninsky to see what I'm talking about.

I can’t (or rather, I won’t) think of any quintessential titles that perfectly encompass what it is that makes European horror so wondrous because I’m sure everyone out there has a different list of flicks. But I do have a few here that I’d like to mention that really get under my skin. One of the first European horror films I ever watched that gave me ‘The Vibe’ was Pupi Avati’s Zeder. Ohhhh doctor, I tremble with joy just thinking about watching this movie. Every frame is filled with so much dread and the production design lays on the dull off-white and gray tones that just amp up the feeling that we, the audience, are alone are we are about to die horribly. 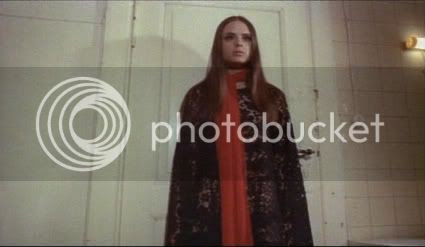 One fairly blatant example of that distinctly Euro flava is the wacked out Vampyros Lesbos. Jess Franco shot this little piece of brilliance in Spain, Germany, and Turkey. I’m not much for the softcore elements (and I’m not really complaining about them either) but this film instantly grabbed hold of my soul when I first took a chance on it. There is just something undeniably hypnotic about this shit. And while we’re on the subject of lesbian vampires, there is also a very important and dreamy little number called Daughters of Darkness. If this soft focus gothic poem doesn’t knock your socks off then you’re not breathing, duder. And while I love the film, José Ramón Larraz's excellent Vampyres, doesn't give me the same feeling. Strange, huh? It has all the required elements: buckets of blood, lesbian vampires, and a killer cemetery but nope, 'The Vibe' just ain't there. I'm sure some folks would disagree but damn it, I just don't feel it.

NOT SAFE FOR WORK trailer: 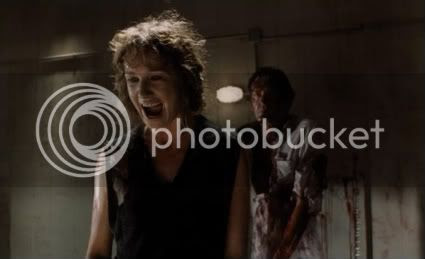 Here are two more Italian examples, one from Dario Argento and one from Lucio Fulci. First up is Argento’s Phenomena. Most of this movie is so wild and bizarre that it is impossible without multiple viewings to pick up on ‘The Vibe’. Late in the film however, when Jennifer Connelly is trapped inside the killer’s house, she finds a hole in the floor and descends right into what I’m freakin’ talking about here. The catacombs beneath the Brückner house are starkly lit, gray, and insanely creepy. Lucio Fulci competes with the sheer awesomeness of Phenomena with his own bizarre adventure in abstract moodiness: The House by the Cemetery. 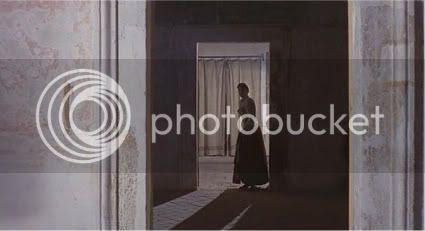 One Italian director that consistently delivers on ‘The Vibe’ is the late, great Joe D’Amato. Before he disappeared forever into directing porno movies for a living, good old Joe was a cinematographer on the silly but very atmospheric The Devil’s Wedding Night. When he got a chance to direct his first horror film, the man made an art form out of style (and softcore sex) over substance with Death Smiled at Murder; a film that helps me escape the real world and threatens to never let me return. Even when he is wallowing in cheap crap, D’Amato still manages to deliver on that nearly indescribable gloomy goodness with Anthropophagus and Anthropophagus 2 (AKA Horrible). Part 2 in particular is responsible for my current condition as it first entered my mind over 20 years ago when I caught it on late nite television. This Halloween-influenced gore flick with piles of accidental atmosphere never left my mind and has thankfully landed on DVD in the good old US of A. Oops, I almost forgot his death-obsessed masterpiece Beyond the Darkness!

Beyond the Darkness Review

Usually, 'The Vibe' comes from supernatural films but there are also several gialli that deliver what I crave. Whether it is through intent or accident, I get brief flashes of gray brilliance when I watch the yellow thrillers of Sergio Martino. I obsess over the tiniest scenes in everything from The Case of the Scorpion's Tail to Torso and I still can't quite put my finger on it. Other gialli that produce the same haunting reverberations in my soul include Emilio Miraglia's The Night Evelyn Came Out of the Grave and Armando Crispino's The Dead Are Alive. It helps that both of these films have a dreamlike quality, a heightened sense of ghoulish improbability.

So do you get it? Do any of you out there feel this thing; this unsavory and unwholesome longing for Eurohorror and don't have a friggin' clue why? Or do you have a name for 'The Vibe'? (I'm tempted to call it 'ghoulish improbability'.) Is there some obscure text that has coined a phrase for this stuff that I'm having a helluva time trying to describe? If you have an answer to any or all of these questions, please step forward. I'd love to commiserate with y'all. I know Riccardo Freda, God rest his soul, knows what I'm talking about. Just watch Barbara Steele in The Ghost and soak it up.

Tragic Ceremony Review
Posted by Richard of DM at 7:09 AM