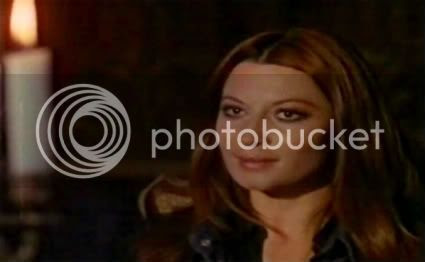 Helga (played by Rosalba Neri) and her friends are out sightseeing one day when they pass by a lovely castle in the countryside. Inside they find a creepy butler (John Benedy) who invites them to dinner. Suddenly, Helga doesn’t feel very well and she is encouraged to have a rest in one of the bedrooms. She falls asleep and is transported to another time. In this past life, Helga is about to marry a handsome man named Hans (Ferdinando Poggi) but she is afraid that her marriage is cursed after a mysterious hooded stranger sees her wedding dress. 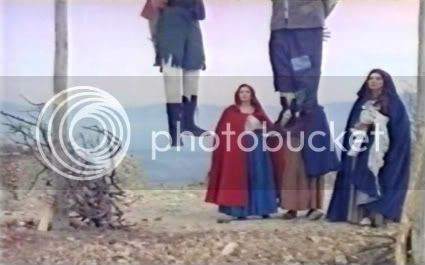 Desperate to prevent bad things from befalling her marriage, Helga approaches an old crone who tells her of a good luck spell. Helga needs her two friends to carry out this sketchy magic and they agree to join her at the gallows. Once the spell is cast, her friends are taken away by a coven of witches/vampires. Thinking that she has it made, Helga prepares for her big day but then a mysterious stranger named Gunther (Edmund Purdom) shows up and presents her with a new proposition. He offers her limitless pleasure and all she has to do is sacrifice Hans on her wedding night. Will Helga be tempted by the DEVILish man? 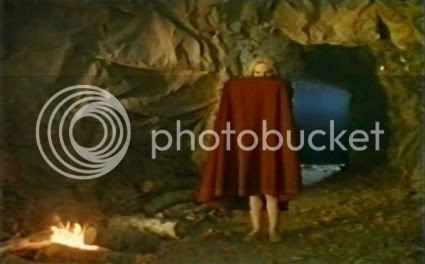 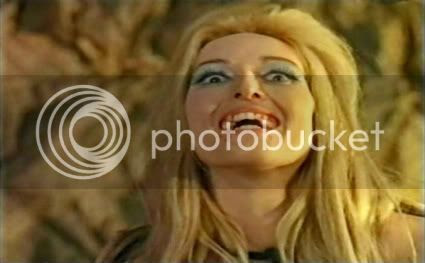 By the early 1970s, the Italian gothics had lost their edge. The budgets got smaller, the gore (yay!) and the sex (meh.) got more explicit, and things just seemed to be winding down for the subgenre. I don’t want to sound like I’m complaining. Obviously, I wish that more directors slumming in this crap had made some cheap gialli instead. And yet there are some magnificent films from this era (such as The Devil’s Wedding Night and Blood Castle) but they are usually campy and more than a little rough around the edges. Paolo Lombardo’s 1972 film, Lucifera: Demon Lover, is a particularly clunky example of compensating for a lack of suspense and scares by throwing in more skin. 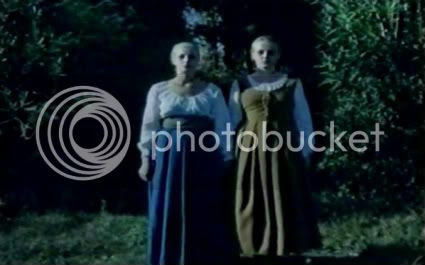 The title card promises the audience a film in the tradition of the Grand Guignol. Well, this mishmash of Satanic horror, vampirism, sex, torture, and low cut gowns is definitely entertaining once it gets going (after the friggin’ half hour mark). The cinematography by Antonio Modica is a little drab for my tastes but he gets the job done. I really dig the musical score by Elvio Monti. He gets points for keeping things nice and tacky. The plot is a little gamy with its reliance on adding too many characters and trashy sex scenes (not that I was all that surprised). 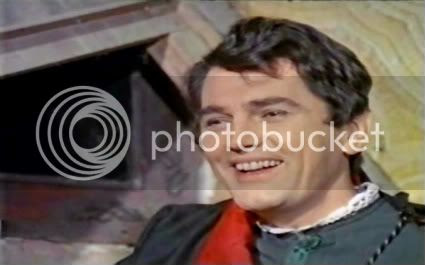 I love Rosalba Neri (Amuck!) and she is definitely the best thing about this movie (despite some busty competition from some of her co-stars). I really love how her character Helga is willing to sacrifice her friends because she thinks it will protect her. Nice job spoiling your innocence, you dumb stupid idiot. Of course, I would be a fool not to mention the awesome Edmund Purdom (of Rosso Sangue) who makes his Gunther AKA Satan character into a real charmer. There are some other kind of cool actors involved here but none of them get to do much acting. Plus, there’s just too much going to keep track of everybody. How many sped up swordfights can one man handle? The answer is none but this film has more than that. 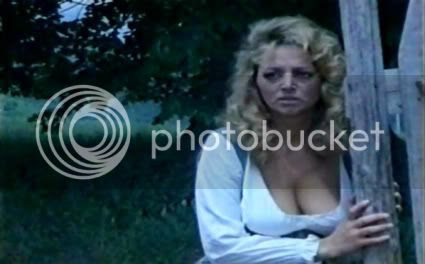 While picking on the logic of a film with a setup as thin as Lucifera: Demon Lover is a little too easy, I have to call this one out on a few doozies. First up is one actress complaining about how dark it’s getting outside and how she and her friends should hurry home. Lady, it ain’t even dusk! It continues to look like 2 in the afternoon for the next few scenes and boy is it distracting. The other mistake that I cannot overlook is the cellophane window. There is a scene where someone is standing in a doorway and the windowpanes of the door are covered in cellophane stapled to the frame. I did not realize they had that stuff back in medieval Italy. 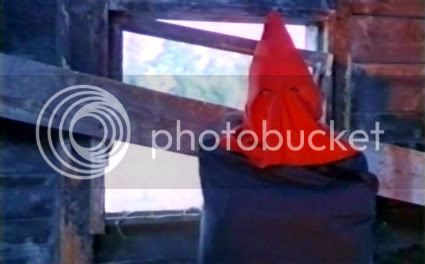 What can I say? I hate to be a jerk to Lucifera: Demon Lover but this is one mediocre flick. As usual, I’m trying not to let my love for Italian trash override my ability to judge this sexed up and only slightly bloody junk objectively. If you can’t get enough of Rosalba Neri (and seriously who the hell can?), then check this one out. You’ll be better off with something more fun (and more lucid) like her classic performance in Lady Frankenstein. All the thunderstorms, candelabras, graveyards, and see through negligees can’t save this one but you could definitely find worse ways to waste 80 minutes. Oh and what the hell was with that last line? Paolo Lombardo (who also wrote this ass-terpiece) had no idea how to gracefully end his film and so we get Edmund Purdom spouting some gibberish and smirking at the camera before the “FINE” pops up. 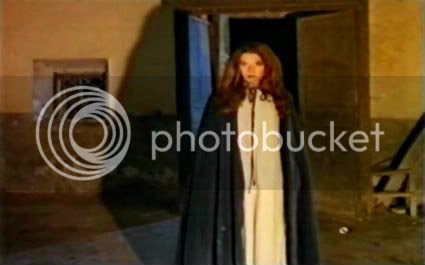 “My wedding dress. It was contaminated.”

Mya Communications brings this forgotten title to DVD but not without some trouble. The print is pretty grubby. It’s got a bunch of scratches, blips, blackouts, washouts, muted colors, and is occasionally too soft for the eyes. The Italian audio is pretty clear though it gets a little quiet once in a while. What keeps their version of Lucifera: Demon Lover from being only slightly better than a bootleg are the easy-to-read subtitles and its anamorphic widescreen presentation. 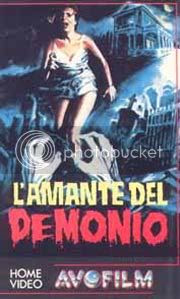