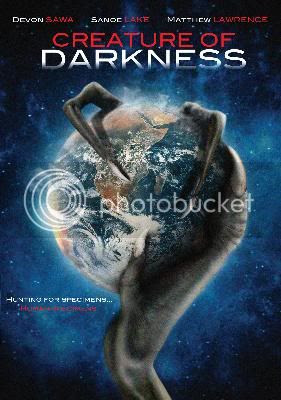 After a skirmish with Air Force jets, an alien spacecraft lands in a remote part of the California desert. The alien aboard the ship is not a friendly creature. It hunts humans and it uses a dude's spinal column (taken without consent) as a weapon. The creature gets a fresh supply of human prey when Andrew (played Devon Sawa) and his budz just happen to show up to do some extreme ATV-ing in the desert. When his friends start getting attacked and taken away by the alien, Andrew remembers a story his schizoid uncle told about a very similar occurrence that happened to him when he was in the army. Not willing to go down without a fight, Andrew and his surviving friends take on the deadly alien.

Just so you know, it took me three hours to watch this movie. Any distraction that came up, no matter how insignificant, was a blessing. Even if taken just for laughs, Creature of Darkness will still leave you wanting. This is just a plodding and awkward flick to sit through. The editing is clunky with its fits of energy and then slumps of nothingness. There is some gore and some T&A but they hardly make up for how dull this film is. When shown up close, the alien creature effects are acceptable. Unfortunately, the film relies heavily on bad video game CGI for much of the action shots. Whenever the Army jets or helicopters are shown in flight, it looks like the playback feature on an old flight simulator game.

The actors are all in big trouble here. The occasional moments of decent (though hilarious) dialogue clash with the stretches of screaming and arguing that feel like scripted reality television. Devon Sawa (Idle Hands) is especially manic here and I get uncomfortable just watching his over/underacting. I can't blame these poor folks too much though. All of their characters are irritating and have weak or painfully obvious motivations for every single thing they do. The scene where the girls get high, dance, and discuss which guys they want to screw is probably my favorite in the movie. Just watching it made me smarter and more aware of my surroundings.

I hate to say this but Syfy Channel probably won't even want this one. Oh, who am I kidding? They'll show any dang thing! Creature of Darkness will surely appeal to fans of dune buggies, smoke machines, Devon Sawa's tragic downfall, and generic music queues but this mess is just an embarrassing waste of time. Unless you enjoy pausing bad films to get up and go rooting through your liquor cabinet, unloading the dishwasher, or just running in place, then skip this one.

"You know what, Casanova? If you knew jack shit about bitches, you'd still have yours!"

"Why am I sitting here like some ebony meatloaf?"
"Because we're gonna drag that thing to an ultra-violent death, that's why." 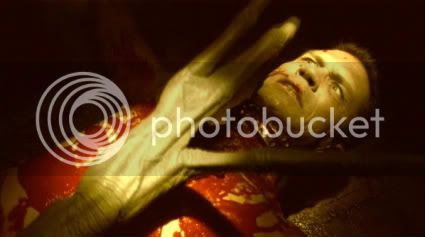 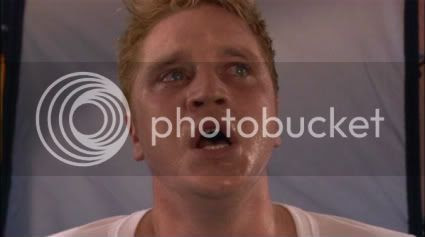 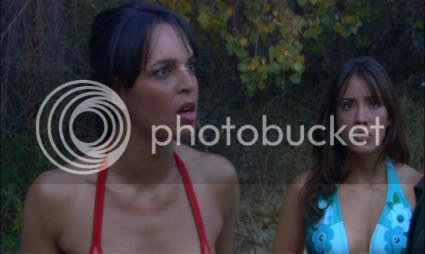 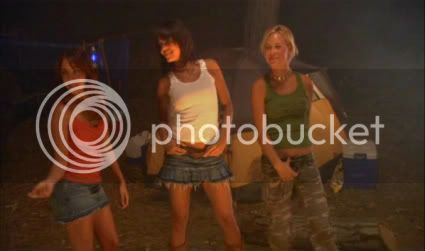 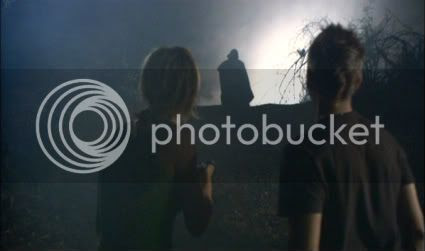 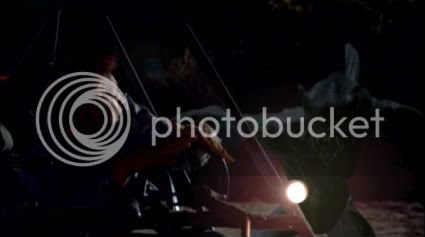 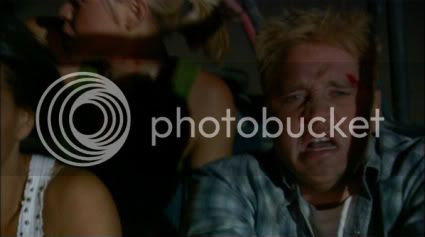 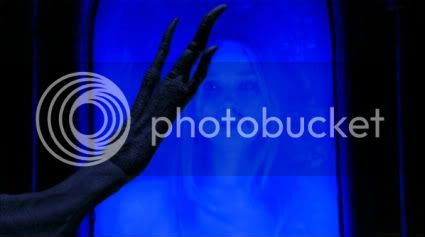 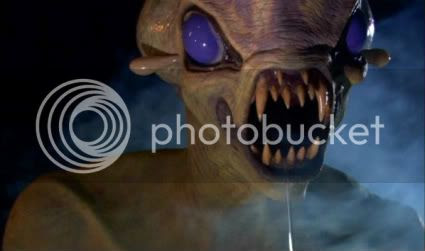 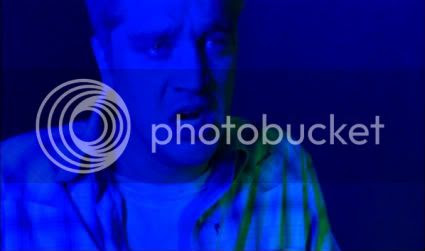