Okay, so there is nothing at all spectacular about this post year end wrap up but I must pretend because if I don’t, there will be hell to pay (not really). If the Golden Girls can have multiple clip shows then I can have one a year, right? 2009 was a strange time for the DM and the Cin Som. Productivity was all over the place with bouts and droughts of activity raging throughout the year. The first big thing was ditching the old blog for the new one and then I moved into a new place (in the physical world). The next moviethon will be at the new Doomed Moviethon HQ. There was also another failed (though productive) attempt at Nanowrimo. And of course, I announced my plans for NEHF. Wow, this is all way, way more exciting than it sounds, I tells ya.

Doomed Discussiethon: The Day the Sky Exploded
Hausu Party
Say Uh... Phenomena!
"The blood in your family is crazy!"

Monsters, Marriage and Murder in Manchvegas
Viva
Isle of the Damned

I know it's already two weeks in but have a happy new year, you crazy kids. I hope to have even better stuff for you in the 2010. Giallo Meltdown 4 is in the final phase of planning and who knows what else will happen. I honestly don't have a plan. One little hint is that Doomed Moviethon will be getting a mad facelift. I've got my art department (my wife) hard at work (I begged her) on some new drawings of the DM Girl. Plus, I am finally going to liberate myself from (I'm turning red already) freakin' Frontpage. Yeah, that's the kind of webmaster I am. :sobs: Here's a photo of my stepdad: 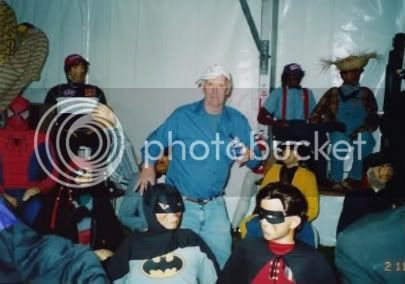 Before I go, there have been a lot of awards thrown around recently on the interflap and I was lucky enough to receive one for my meager and half-assed efforts over here at Cin Som. Because I'm a rebel and a lon(s)er, I'm going to share some links to some splendid blogs that I like. Check these folks out ASAP:

Basement of Ghoulish Decadence
Behind the Couch
The Cathode Ray Mission
Giallo Fever
The House of Self Indulgence
Mad Mad Mad Mad Movies
Satan's Orphans
Posted by Richard of DM at 8:43 AM