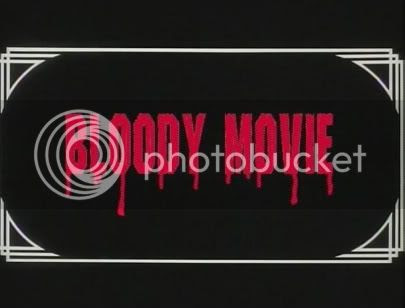 I'm a little sad after watching Bloody Movie AKA Terror Night and it's a little hard to be coherent about it. If I had turned it off after an hour, I would be okay. That's around the time where the first ending happens. Then the shit goes on for another 25 minutes where an entire scene of Shakespeare's Othello is performed. Not joking. I am totally serious. After an opening scene where a duder is tied to a tree and a moving vehicle and then ripped in half, I didn't expect things to go quite so sour. (Who am I kidding? If this had been Italian, I would think it was genius. DOUBLE STANDARD!)

The prolific and terrific John Ireland stars as Lance Howard, an old time movie star who will stop at nothing to protect his fortune. When a gang of useless college students (I think) show up to explore his 'deserted' mansion and make off with his loot, Howard begins dispatching them in the violent styles of the roles that made him famous. Shit, I just realized this movie has three fucking endings. What the hell is that about? Anyway... 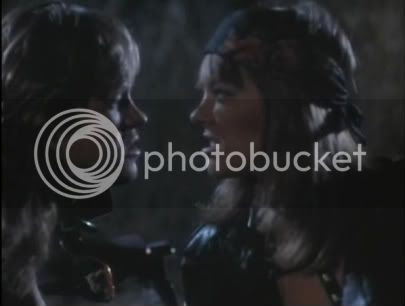 Actual dialog from this scene: 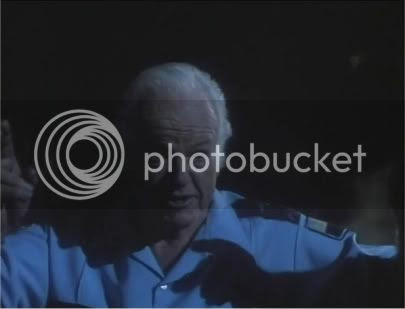 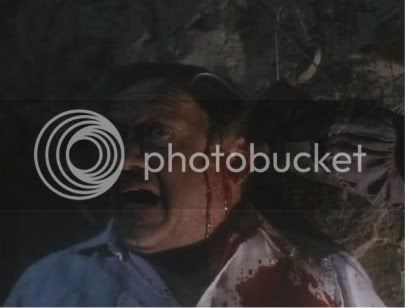 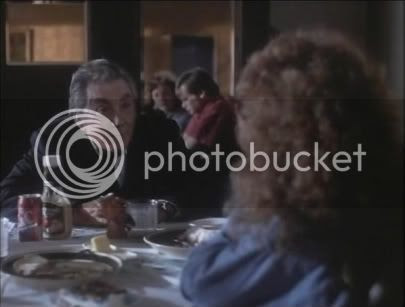 There a number of cameos in this flick: Alan Hale Jr.("Gilligan's Island"), Dan Haggerty ("The Life and Times of Grizzly Adams"), B-movie legend Aldo Ray, and my favorite goofball: Cameron Mitchell. Unfortunately, Mitchell doesn't show up until near the end (the second one) and gets about two minutes of screen time. However, he does make the most of it by hamming it up as a disgruntled detective. 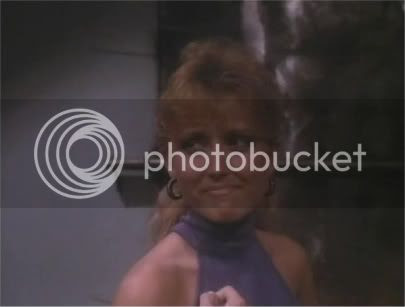 There were three actors in Bloody Movie from Sorority Babes in the Slimeball Bowl-O-Rama so I think I set my expectations way too high. I'm glad I got see Carla Baron once again. She plays Lorraine in this film, a woman whose single greatest talent is coitus interruptus. Michelle Bauer gets a ridiculously long nude scene. Another oddity: trash directors David DeCoteau and Fred Olen Ray are in the SPECIAL THANKS section of the credits. 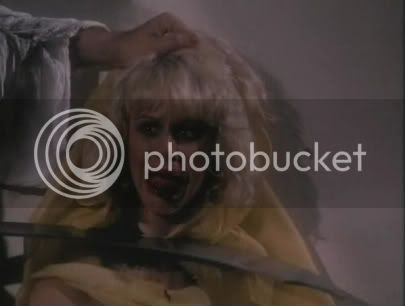 So yeah, this dumb ass flick has gore (some good, some lame) and gratuitous nudity but trust me, I suffered for it. Cheesy metal and boobs for sure but there's also way too much exposition. Thanks for explaining the details of that land deal, Grizzly Adams. That's entertainment! 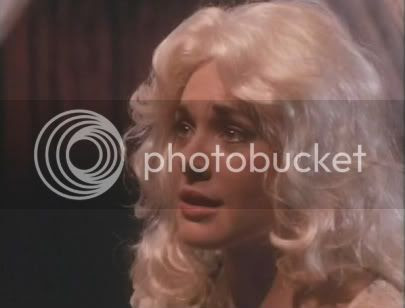 Here's a better review of Bloody Movie
Posted by Richard of DM at 8:09 AM