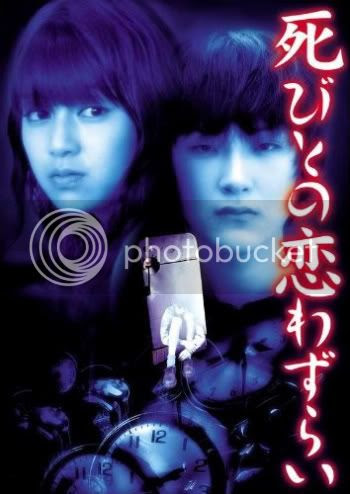 Love Ghost AKA Lovesick Dead, based on the manga by horror manga master Junji Ito, the creator of Tomie. There is a legend that if you go to a certain shrine in the middle of town, cover your face, and ask the first stranger who comes by if you will be lucky in love that you will receive some honest to goodness love advice. But some say that the shrine is cursed and a vengeful spirit will appear out of the fog and say you will be unlucky in love. This unwanted news is much more than just a bummer, man, it will lead you to commit suicide.

I didn't mind Love Ghost though it definitely encouraged me to doze off several times. Unfortunately, the budget couldn't handle the unbridled insanity that Ito's original storyline devolves into. The filmmakers also forgot to exploit what makes the manga so good: it's freakin' scary! What's worse is that instead of keeping things simple story wise, the movie shoots itself in the foot with a major plot twist that makes the confused conclusion anything but satisfying. First time director Kazuyuki Shibuya does a pretty good job with the film even with the screenplay problems but this is a tough flick to recommend. Some arterial spray and pretty girls in schoolgirl uniforms just aren't enough to make Love Ghost worth checking out. If you're going to watch every Japanese horror movie ever made you could certainly do worse but that's not saying much now is it?

Because Americans are lame, Lovesick Dead has not been published over here just yet. However, there are kind bilingual folks out in internetland who have been nice enough to do fan translations. It's worth the search, y'all. Trust me. 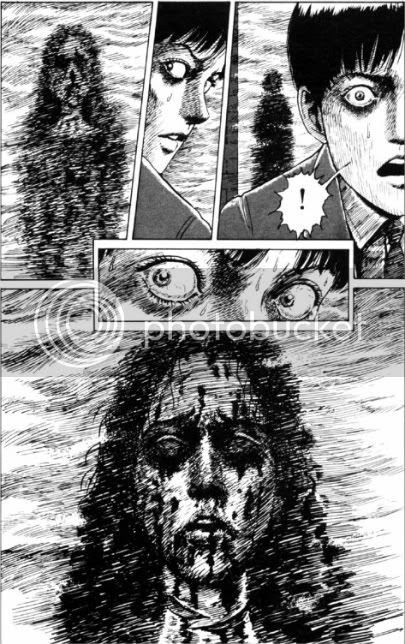