Revenge of the Living Dead Girls 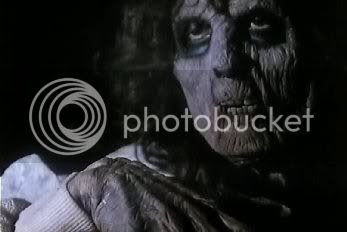 Someone is trying to blackmail an industrialist by poisoning milk with radioactive materials. Three young women die from drinking the milk. This would probably be the end of the story except these women just happen to be buried at the same cemetery that the aforementioned industrialist orders one of his men to dump toxic waste into. The three girls return from the dead each night to exact their undead revenge on the people responsible for their untimely demises (and whoever else happens to get in their way). And what is a "Cambodian wheelbarrow" supposed to be exactly?

What the hell did I just watch? Revenge of the Living Dead Girls is a damn good time if you're looking for pieces of shit to ridicule. The dubbing is glorious and the soundtrack is a quirky and magically lame synth-affair. Acting is abysmal all around but you won't care with all the forgettable characters being thrown at the screen. Good luck remembering anybody's name. Gore isn't too bad with a couple of standout sequences but the stiff and rubbery zombie makeup sucks.

The three undead ladies are very active despite their condition and can be seen driving a car, playing a church organ and yes, swimming in a freakin' swimming pool. They also manage to rise from the grave each night AND close their tombs behind them each night which I think is pretty ridiculous. That's just what I think. The zombies girls also turn out to be bisexual and quite horny, managing to pass on an undead-STD to a guy who didn't realize he was sexing a zombie. I don't blame him though, the editing was so bad, I wasn't sure what had happened either. He passes this little unwanted surprise onto his pregnant wife with hilariously vomitous results.

This is all fun and games until one of the two genital mutilation sequences (yes, there are two) goes a little too far. When something genuinely shocking happens in a movie that is comically bad like this one is, it kind of ruins everything. File this scene under the "oops, swords don't go up there" category. This film is a thinly-connected sequel (lawsuit pending) to Jean Rollin's The Living Dead Girl but don't tell anyone I said that, okay? Revenge of the Living Dead Girls has some potential for a fun time with friends and alcohol just make sure you don't invite any feminists or pregnant women or French people. I guarantee they will be offended. 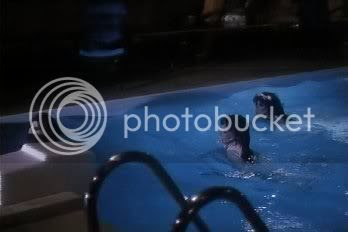 I'll get the skimmer.
The trailer is right here.
Posted by Richard of DM at 7:33 AM