My Notes On Devil Times Five 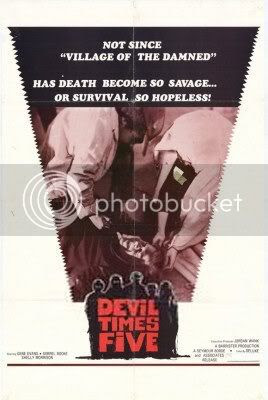 Sometime in August last year, I watched Devil Times Five with the intention of reviewing it. Well, I'm lazy and I never did get around to it but here are my notes from the film:

who is this Papa Doc? what a dick! Harvey?

is it winter or Summer?

sped up film for the bus crash

don't pick on the simpleton - Ralph
why is this lady seducing a retard? lovely?
what an evil and horrible bitch

Harvey and his wife. they're fun

really odd kids
do they keep switching that one kid? wig? wtf?

nihilistic but so dang clunky
strange editing
sick and twisted

"I had a mother and two sisters but they squished in a bus."