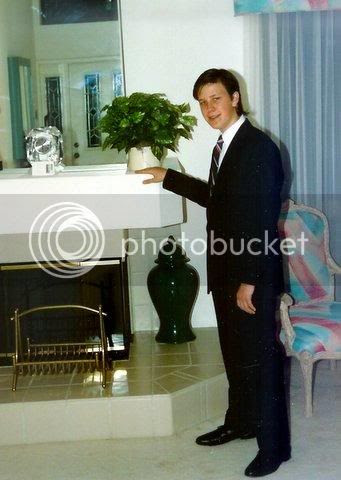 When I was 14 years old, during a summer sleepover, one of my friends brought over a bootleg VHS of Katsuhiro Otomo's Akira. One of my buds had described this hyper-violent masterpiece to me that afternoon and I begged them to bring it over so we could watch it. Thanks to Robotech and Voltron, I knew of the existence of Japanese animation but nothing had prepared me for the extremes of Akira.

This magnificent film transported me to a horrible world where teen angst meant comically macho freaks taking handfuls of pills, busting skulls in gang wars, wrecking motorcycles and leaving a gaggle of pregnant girls in their wake. Throw in a crumbling society, government conspiracies, immoral medical experiments and deadly telekinetic powers and I was moved. Just writing about it now, I can still feel that hollow sickness in my stomach. I felt forever altered and the only thing that would satisfy me was more anime.

I became so desperate for anime that I would rent just about anything from the video store to fill my new and insatiable craving. I started watching stuff that was either really bad, mediocre or just sooooo not my style.

One of my biggest anime mistakes (1994?) was dumping $35 of my then disposable income on the original Appleseed OVA (originally released in 1988) on VHS. I went home, unwrapped the tape from the cellophane, put it in the player and then immediately regretted my decision. I fucking hated the film and began to fast-forward to see if it got good. It did not! I jumped in the car and drove right back to Past Present Future Comics (in North Palm Beach) and begged the duder to let me return the tape. For some reason, he was very cool and let me exchange Appleseed for the 1985 version of Vampire Hunter D; yet another unseen purchase.

This was more like it. The original Vampire Hunter D was just what the doctor ordered. The film is beautifully drawn, insanely gory and violent, badly dubbed and includes some gratuitous nudity. Good times! I must have watched this film a dozen times and memorized the awkward dialogue: "Oh good God, no! It's got Luke!"