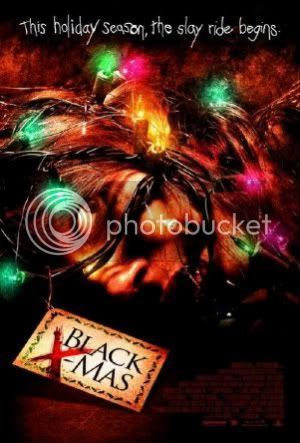 My colleague Eric Grubbs finally experienced the magic of the 2006 remake of Black Christmas and was less than impressed. I love this movie and his post inspired me to revisit this much maligned slasher flick. Yes, the 1974 original is a superior film in every way. Bob Clark's film is creepy, unsettling, and well acted. Who would have thought that this quiet little Canadian masterpiece would become insanely influential as well as a staple for horror fans during the holiday season.

And the newer Black Christmas... well, it did not do and is not any of those things. From the original it takes the title, the setting, the characters' names and screws everything up. Royally. I challenge anyone watching the 2006 film to see if they can find it in their hearts to give a triple rat fuck about any of the characters or what's going on. SPOILER: One of the things that made Bob Clark's Black Christmas so great is that we never learn the identity of the killer. There is this insanely crazy maniac hiding inside the sorority house and that's all we know about him. It's terrifying.

In the remake, we get Billy Lenz, a jaundiced duder with enough backstory to fill the pages of a horror novelette. This is where the film does things right and goes so far away from its source material that they could have just called this something else. Alcoholism, physical and mental abuse, incest, cannibalism- oh yeah, this one's got it all. Instead of making this backstory into its own film, director and writer Glen Morgan gives us two for the price of one by providing the slasheriffic sequel to the this grim little tale in the same movie! I can't help but love this.

Next thing about the remake is the colors. It looks like the set designer vomited Christmas lights and tinsel in every nook and cranny of every shot. I'm all about style over substance so GOD DAMN, the 2006 is distractingly pretty and hilariously tacky to behold. All of this is lovingly filmed by Robert McLachlan (Cursed, "Millenium", "Harper's Island", etc.). Crap! Just talking about this stuff makes me want to watch this movie again, right now. The final selling point of the new Black Christmas is the gore. The unrated DVD gives us more eye violence than you can shake a Fulci at.

The sorority girls are interchangeable and their acting is bad though I can't really blame them since the writing gives them absolutely no reason for the audience to care. The performances by Karin Konoval (as Billy's mother) and Robert Mann (as the sublimely evil Billy Lenz) are great and both should have been given more to do. So, for the love of all that is unholy, watch the original Black Christmas. When you're done doing that, DO NOT watch the remake expecting anything more than a gory, pretty and utterly stupid film. Or don't watch it at all. It helped get me in the holiday spirit. That's all I'm sayin', yo. 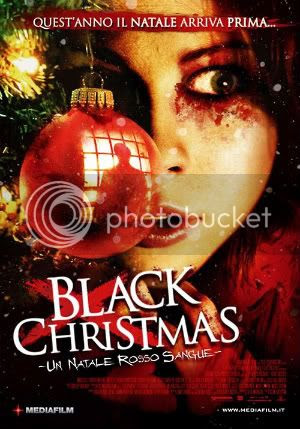