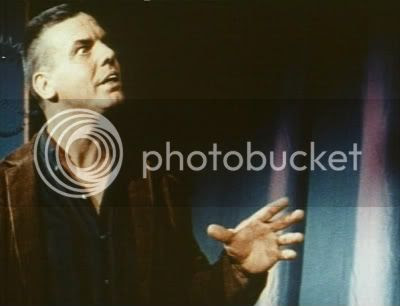 Uh oh, this isn't good. I have finally entered the mad world of Al Adamson. From frame one, Blood of Ghastly Horror is accidentally genius. The opening credit sequence is just a mishmash of distorted paintings and what not. From there the mishmashing continues as BOGH becomes a disastrous combo of a gangster flick Adamson shot but couldn't find a distributor for and some cheesy horror sequences (with very little blood and 'ghastly horror' to be found) filmed on the cheap and thrown in later. Here's the kicker: it actually works! This film is quite entertaining, trashy and wildly hilarious thanks to its own ineptness.

There's this dead but newly reanimated tough buy (played very enthusiastically by Roy Morton) who is after some stolen jewels. Later, he wants revenge on the doctor (John Carradine) who brought him back to life. Then we find out that what we've been watching was a flashback and there are not one but two doctors creating zombies. There is a leather-woman in bad lipstick (Regina Carrol) and three idiot cops who are using her to get to the other doctor or something. Well, it all falls apart during the "dramatic" chase sequence through the snow. That's where Adamson tortures the viewer for making it that far into film. Shit. This stuff is great!

I can't help but feel like I just started some new and frightening phase of my life. Wait a minute, I've seen Adamson's Nurse Sherri and even reviewed Cinderella 2000 before. Um... duh. I didn't even remember that he directed those. Is it possible that I watch so many movies that I get a little mixed up sometimes? I think it's gonna be okay because this duder's movies look and feel like he forgot he directed them too. Dang it y'all, my Adamson appreciation has already begun. More as this develops. 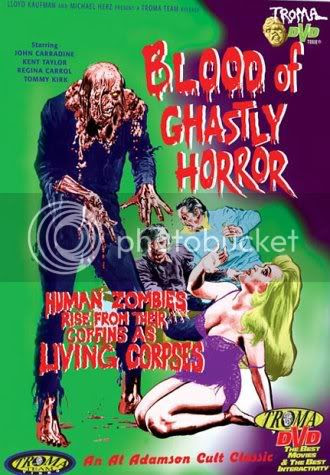 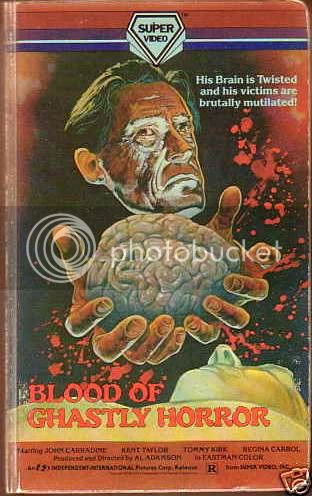