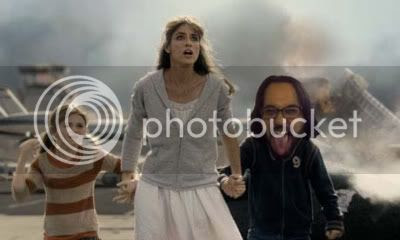 Nafa returns to that fateful year once again. Isn't it weird that it's 2009 but like 2012 is already over? Does that mean that like we're dead and pseudoscience (and/or pseudonature) wins again? A little while ago, in anticipation of the real 2012, Nafa reviewed the fake 2012. It was called 2012: Doomsday. Well, that is old news, kids. Here is his take on the real 2012. I'm getting confused. I don't know where I am. It's the end of the world as we know it and I wear pants. I WEAR PANTS!
Posted by Richard of DM at 7:33 AM