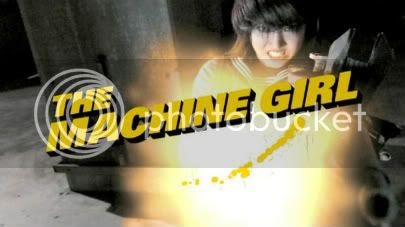 As the year is coming to a close, I'm trying to sneak in a few films that have been sitting on the back burner for a while (like for over a year). One of those flicks is The Machine Girl from director Noboru Iguchi. What are my reasons for putting this one off? Mainly it's because this film was getting a little over-hyped and everyone kept saying that the CGI pretty much ruined it. So I let my expectations, both good and bad, melt away before I finally sat down to watch this.

After her parents were wrongfully accused of murder and committed suicide, high schooler Ami (played by Minase Yashiro) has been taking care of the house and her younger brother Yu (Ryôsuke Kawamura). When Yu and his friend are murdered by the son of a local yakuza, Ami desperately tries to get revenge. When she is apprehended by the yakuza, her left arm is hacked off. Ami escapes and her life is saved by Miki (Asami), the mother of Yu's only friend, whose husband builds Ami a machine gun arm to replace her lost appendage. These two bloodthirsty and very angry young ladies take on the yakuza, ninjas and even the parents of their victims.

First things first, this neo-grindhouse flick delivers on all of its promises. The film sports great camerawork, muted colors (except for the blood) and an excellent soundtrack. There is obvious and cheesy CGI in some of the over the top action sequences but its combination with practical effects and latex effects make up for the obvious budgetary restrictions. The imaginations of the filmmakers rule the day with this one. And then there's the blood. Holy fuck, this movie is bloody as hell.

The Machine Girl revels in both a gleeful madness and a campy attitude that will surely earn this a cult following for years to come. This film is a delightful gore spectacle with a formulaic plot taken to hilarious extremes. You know how the old saying goes: when life hands you lemons... KILL EVERYONE! And watch out for that drill bra, yo. 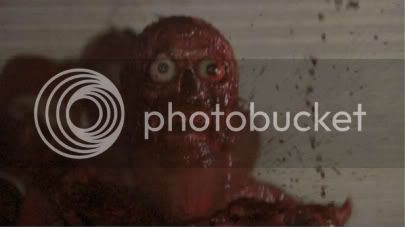 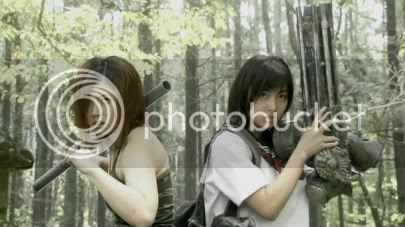 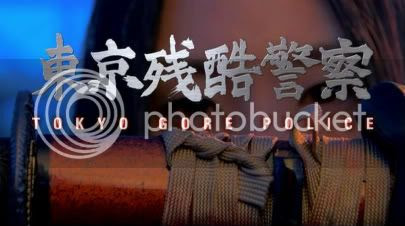 Next up is Tokyo Gore Police. This flick comes from the same production team behind The Machine Girl but this is a whole different creature, my friends. Director Yoshihiro Nishimura channels everything from Robocop to Blade Runner to Wicked City here as the dystopian elements and the perversity come packed in along with the insane violence and gore. Eihi Shiina of Takashi Miike's Audition plays Ruka, a cop in the future hunting criminals called engineers. These genetically enhanced baddies can grow bio-weapons wherever they are seriously injured. There is lots more to the plot of this movie but it will take me a couple of years before I can process what I've just seen.

Needless to say, Tokyo Gore Police is even more outlandish and insane than The Machine Girl. This candy-colored nightmare is an offensive exercise in explosive grotesquery and sleaze. Gross-outs include but are not limited to genital mutilation (resulting in an impressive penis cannon), bug eating, and a woefully disconcerting vagina flower (did I just type that?).

My only complaint of Tokyo Gore Police is its running time. At 109 minutes, I have to admit that I started squirming in my seat a bit. The scope of this film is quite grand and it is certainly never boring. However, some of the plot threads got a little thin. That being said, TGP is some seriously badass and jaw-droppingly repulsive entertainment (with acid-squirting nipples). And just like The Machine Girl, if you can accept some of the glaring budget shaving and CGI tomfoolery, you will have yourself a great time with this film.

"Thanks a lot for telling me. You insane bastard..." 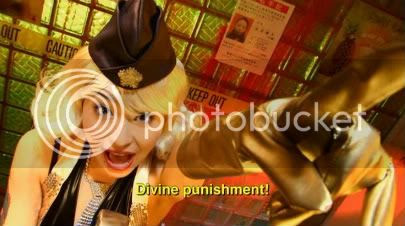 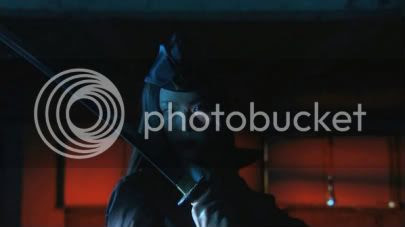 (trailer is a little NSFW):