Things That You Should Never Watch*

*(But probably will anyway.) 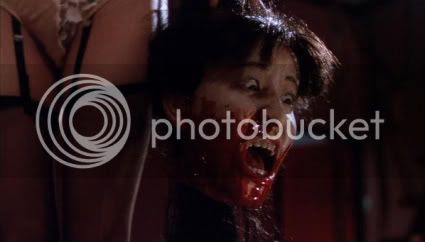 Hey y'all, it's Friday. I am working on a 2009 end of the year extravaganza (actually, just a clip show) and uncovering some odd things in my files. Things? What kinds of things? Well, you know, stuff that I've watched over the years but never had the courage to talk about before. When you are plumbing the depths of horror and cult cinema, you run into some really messed up shit. I'm a prudish vanilla duder so don't ridicule me too much now. Here are three that deserve a mention: 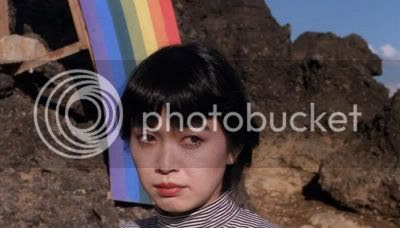 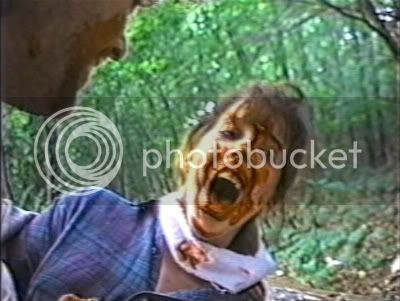 I really, really tried to review this one. Whatever 80s shot-on-video charm Cannibal Campout might muster up is lost in its relentless cruelty and sleaze. Now don't get me wrong, kids, I loves me a good piece of trash but for some reason, this one is too grim and gleefully mean-spirited. Yes, I'm a dang hypocrite. Get over it. 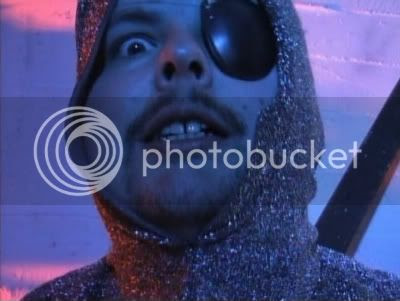 I feel quite guilty about this one. The moment you start getting screeners from very nice people, you run the risk of getting in over your head. And Knight of the Peeper got me, big time. I'm pretty sure that this was meant to be funny and cheesy but this flick got a little too close to rape fantasy for my tastes. Knight is a colorful slice of exploitation shot on a micron-sized budget and features some very lovely ladies. But no. No. No. NOOOOOO! I apologize profusely to the kind soul who sent me this film but I just could NOT review this one.

Here is as far as I got:

"My biggest criticism of this film is of the quiet times. There are these disconcerting dialogue-free moments in Knight Of The Peeper that creep me out. Suddenly, no one is saying anything and the only sound on the soundtrack is a woman whimpering. Close your eyes and you’re liable to start having a fit. I already love the canned music and the wickedly cornball script so these scenes are that much harder to sit through."
Posted by Richard of DM at 8:26 AM