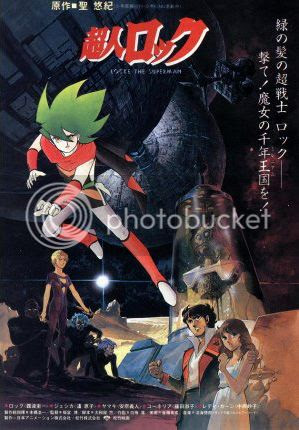 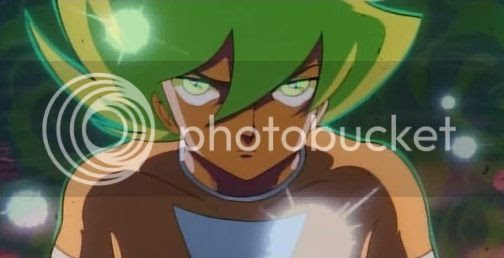 Locke is an ESPer (that's a person with telekinetic abilities). In fact, he is probably the most powerful ESPer in the known universe. He is famous for his hatred of war and his refusal to allow himself to age. He doesn't want to be become an adult because all adults think about is war. Adults are losers. Colonel Ryu Yamaki tries to employ Locke to help him stop Lady Kahn, an ESPer who is building an army of evil ESPers to take over the universe. This Lady Kahn character wants to create a kingdom with herself on the throne to rule for a thousand years. 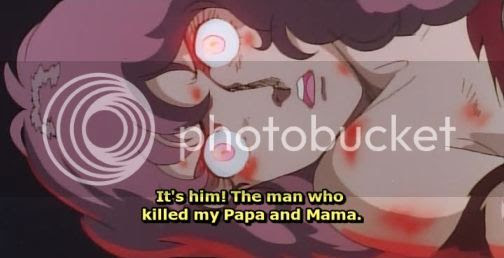 At first, Locke is hesitant to join up with Yamaki because he doesn't like violence. Once he senses how dangerous Lady Kahn actually is, he signs right up! Meanwhile, Lady Kahn and her right hand lady, Cornelia Prim, plan to use Jessica (a purple-haired ESPer) as a tool to destroy Locke. They implant false memories (of Locke killing her parents) and violent suggestions in her head, give her a new personality named Amelia, and send her off to seduce Yamaki. The moment she lays eyes on Locke, all hell breaks loose as Jessica/Amelia attacks with all of her powers. 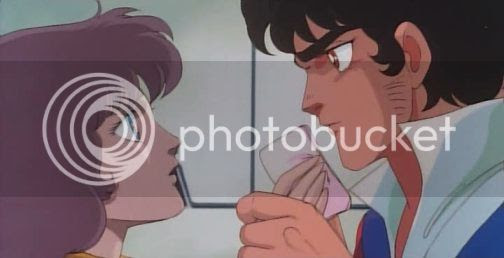 After this vicious assassination attempt fails, Jessica/Amelia is basically left a basketcase and Yamaki is injured (but mostly in his heart (awww, you poor baby!)). As Locke is leaving to go wreck some shit at Lady Kahn's space fortress, Yamaki insists on going with him. The two dudes teleport (oh yeah, Locke can do that) to the distant part of the galaxy where Kahn and her army are hiding out. An epic showdown takes place and you'll just have to check out the film to find out how it ends. 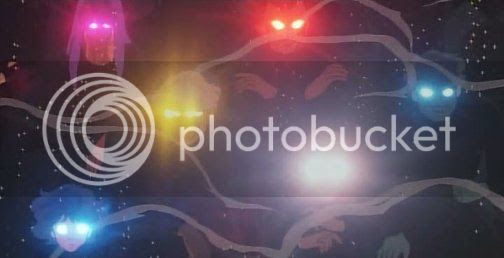 This entertaining flick from Fukutomi, the director of Battle Angel, really hit my sweet spot. All the blood, gratuitous nudity, melodrama, heavy-handed messages, and silliness I crave from 80s anime is all here. The animation is pretty good. There are some flubs and awkward transitions but the style is exactly the kind of old school look that I love. Did I mention the homosexual overtones between Locke and Yamaki? No? Oh well, maybe we'll have time for that if we all decide to never grow up. Locke the Superman is one heck of a good time. 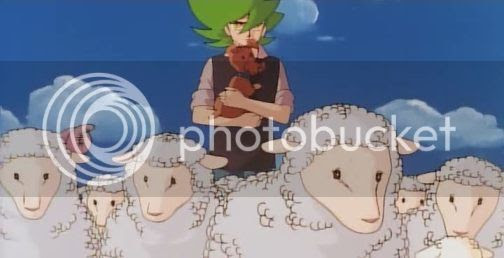 Lady Kahn: "This automatic gun will fire if you use your powers to snuff out any of those candles. Which means that man will die."