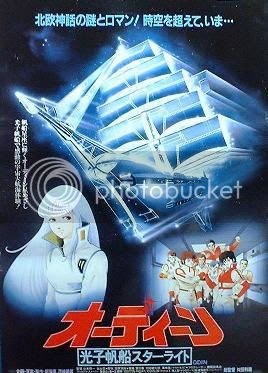 The year is 2099 and Earth is sending a new type of spaceship, the Starlight, out to explore the galaxy. The ship is like a ship with sails, a boatswain, a poop deck, a plank, I don’t know, the works. This big laser sends a beam out through space and the Starlight follows it. When the crew is about to do their big warp drive test, they pick up a distress signal from a ship called the Alfred. Next thing you know, some asshole named Akira starts dive-bombing the Starlight with his little space fighter. The crew is amused and decide to let him on board. When they test the warp drive, Akira ends up piloting the fucking ship.

So they get to the wreckage of the Alfred and they find a lone survivor, a girl with white hair named Sarah Cyanbaker. The crew of the Starlight also encounter a dickish alien race who begin a series of relentless attacks on their ship. When the alien spacecraft self-destructs, it causes the Starlight to fly through a space buttcrack which transports them even farther away from home. The aliens are related to Odin or whatever. Sarah can read the ancient alien language or Norwegian and they are searching for Odin or whatever. I fell asleep a lot during this stuff. Long story short, the Starlight goes against the alien threat in a huge battle.

The first thing you need to know about this movie is the heavy metal songs in the soundtrack. The famous Japanese metal band Loudness provides the score for some pretty hilarious scenes of the crew running toward their posts on the ship. Be sure to stick around for the epilogue of the film when Loudness themselves actually make an appearance. The rest of the score is made up of pleasing synthy bleeps and bloops.

The second thing you need to know about this movie is its length. This movie is way, way too long for its own good. I actually recommend the American version over the Japanese. It’s 50 minutes shorter and it keeps all the good stuff intact. If you choose to do the longer cut, just put it on mute, get high, and put on your Yes records or your Helloween records or whatever the fuck. I tried to do the Japanese version and passed the hell out. I went back and saw that I had slept through the climactic battle. It's worth staying awake for, I guess. Or not.

Let me tell a little story with these screenshots: 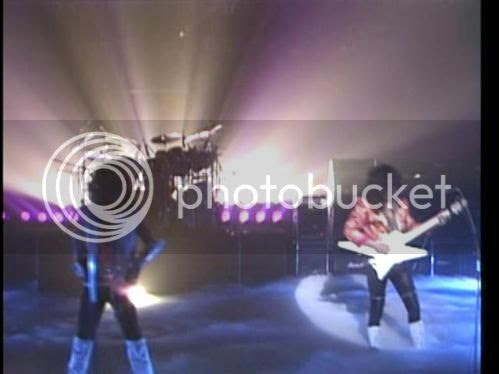 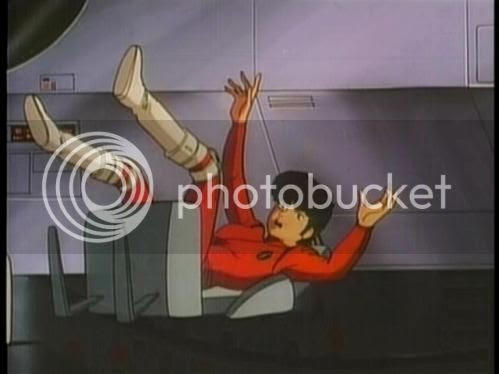 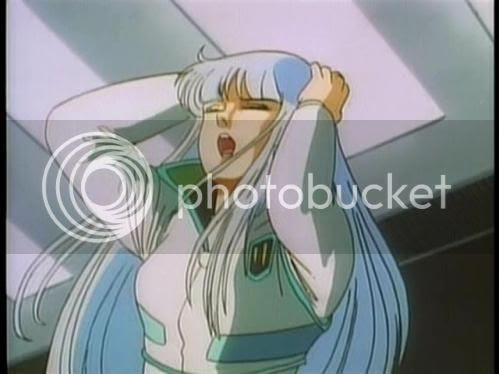 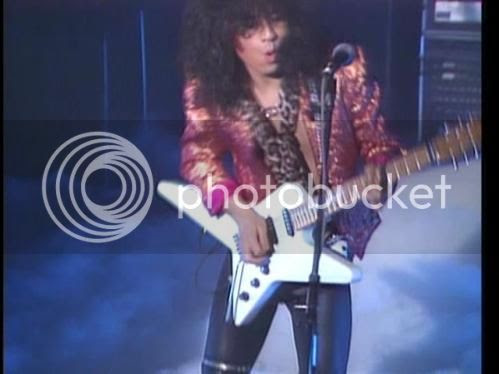 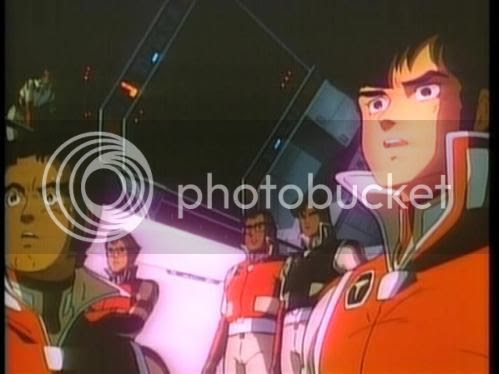