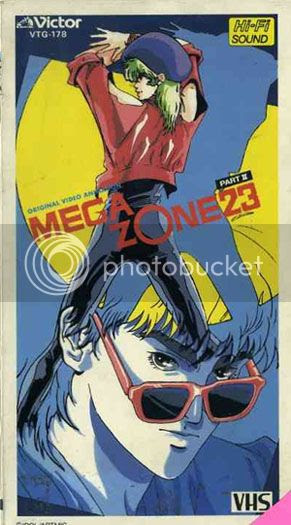 The humans aboard the spaceship Megazone 23 are still unaware that a) they're not on frickin' Earth and b) that they are at war with an alien race. Shogo (named Johnny Winters in the English version) is still a dang rebel rouser. He has been living underground since discovering the truth in the last movie. One day, he rides a motorcycle through a mall for some reason. Then he and his gang get into an all-out riot with some cops. He is reunited with Yui (AKA Suzy Sue in the English) and things are tense because they’re dumb. Eve tries to contact Shogo so he goes off to try and meet her.

The military intercepts Eve’s transmission and sets up a decoy to catch Shogo. He and his crew get ambushed by da gubbment but they escape on a Bahamut (a mecha-motorcycle thingie). Now Shogo’s gang is arming themselves with machine guns and Molotov cocktails to got to war with the cops. Shit just got real. After some intense fighting, the alien enemy interrupts with their tentacle fury and the surviving members of Shogo’s gang witness first hand that we ain't alone in da universe.

The military duder meets up with Shogo and explains to him what the heck is going on. There is an alien race called the Gorik and they are dicks. To combat them, the moon was built into some kind of weapon to destroy them. Of course, anything that gets in the way is also destroyed and Megazone 23 is now in danger. So yeah, the human race is up shit creek. Have I mentioned that I’m watching the Harmony Gold translated version? It is fucking obtuse. I'm not even sure I'm explaining this correctly.

Shogo and Yui finally get to meet Eve and it’s just in time too. Yui got shot during the fight and of course a being like Eve (whatever she is) is able to heal her just in time. While that’s going on, Eve and Shogo shoot the shit. He bitches about how grownups are jerks or whatever. She tells him that 500 years ago, the ship took the remaining humans into space and tricked them into thinking they were still on Earth. Then she enacts a program called ADAM which will take the ship back to Earth. Whether or not this will mean the extinction of the human race, well Eve doesn’t know. This is a little damn confusing.

Well, Megazone 23 – Part II is pretty dang fun. The plot is kind of a head-scratcher but there's lots of space and mecha action. The motorcycle gang scenes are ultra-violent and very reminiscent of the ones in Akira. Part II also has an intriguing atmosphere that I can’t quite put my finger on. The animation is Very nice though it is a different style from Part I. That being said, I really don't like the character designs. They're kind of ugly. Okay, they are really fucking ugly. Shogo even has a sexy mullet. Director Itano would go on to direct the amazing Gantz anime series. The score is okay. It relies on too much heavy metal in the action sequences.

“Sorry Lightning, I’m just not in a party mood, I guess.” 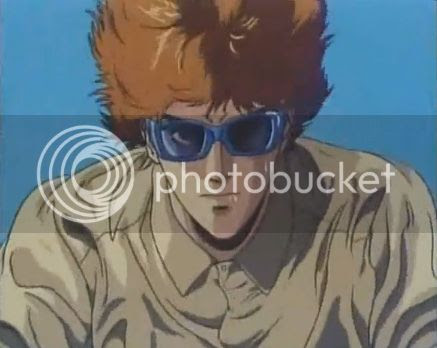 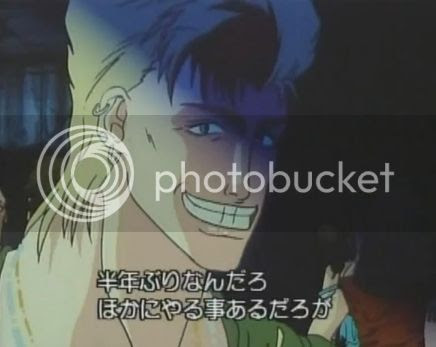 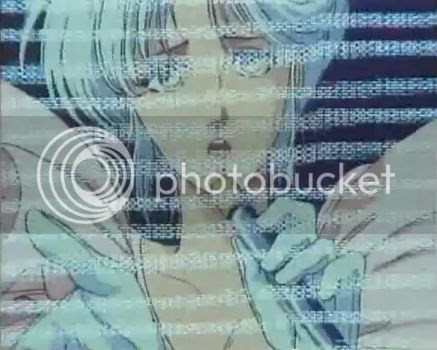 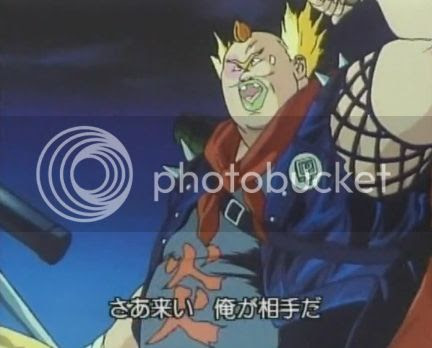