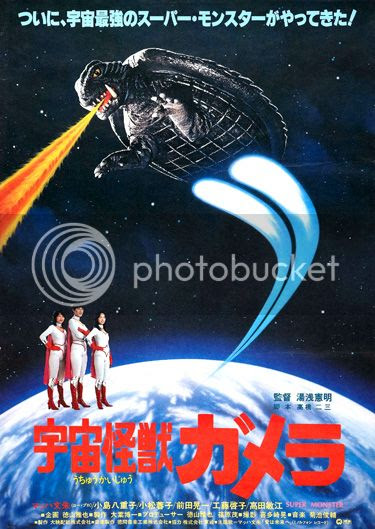 This film is about... Oh please don't make me think about it. Shit! Okay, fine. Space alien ladies come to Earth for some reason and a little dumbass kid named Keiichi does some stuff and there's an evil space lady and Gamera battles monsters and Keiichi thinks his pet turtle is Gamera or um- FAAAAART!!!! It really doesn't fucking matter.

My wife (because she's awesome) got me another Shout Factory double DVD set of Elvira's Movie Macabre. This time it was Gamera, Super Monster and They Came from Beyond Space. Until I put the disc in, I thought that I had never seen this Gamera film before. But after only a few minutes, the whole mess came flooding back into my brain. This less-than-half-assed garbage had kept me glued to the couch for 2 hours (with commercials) once upon a time. Before we go any further, I am NOT recommending this. Gamera, Super Monster fuckings sucks. Got it? Good. I had to get that out of the way.

What's really interesting is how much I hate stock footage now, especially when a sequel or a film in a series reuses footage from previous entries. Obviously, flashbacks (within reason) are fine but when old footage is presented as new material I get pretty pissed off. However, I think 80 percent (or more) of this film is footage from other Gamera flicks (six according to IMDB). It's unbearably annoying seeing footage from 60s and 70s films cut into a film from 1980. That being said; how did this affect my enjoyment as a kid in the 80s? Not at all. From the Wiki, I know that this episode of Movie Macabre premiered in 1983 but God only knows when I caught it. Either way, my young mind just enjoyed the monster mayhem (and oh yeah, I had a huge crush on Kilara, one of the trio of super space chicks).

You might be wondering how the hell this film fits into anime month. Well, speaking of stock footage, while crapping around in space, Gamera runs into two anime icons and it really blew my mind. First he runs into Space Cruiser Yamato during Keichii's dream and then later, he flies by Galaxy Express 999. Um, what the fuck? Bonus trivia: This film was so poorly received that it bankrupt the studio that produced it and there wasn't another Gamera movie for 15 years. That's also from Wikipedia. It's my new dictionary. 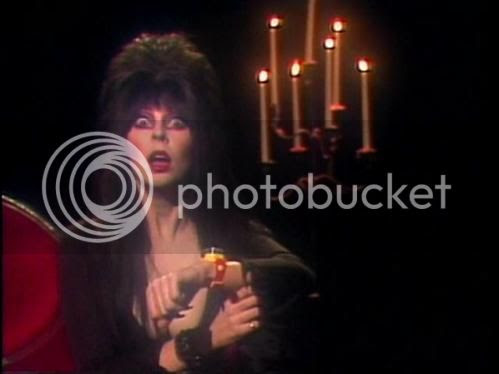 Yeah, I'm checking my watch too. 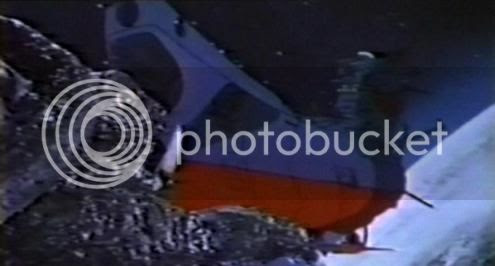 I swear I didn't Photoshop this shit. 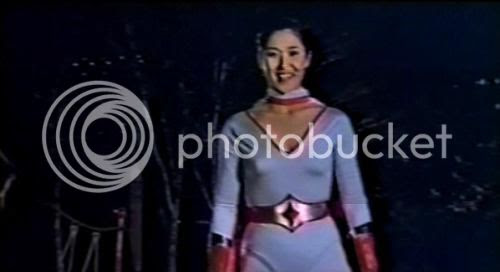 I maybe have been 10 years old but Kilara made me a man. 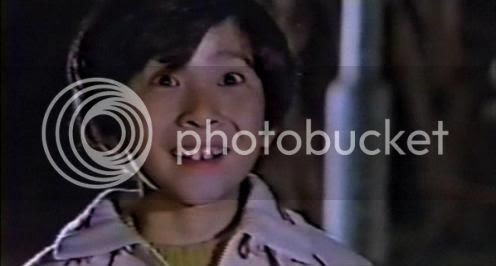 Yeah, I make this face when she changes costume too. 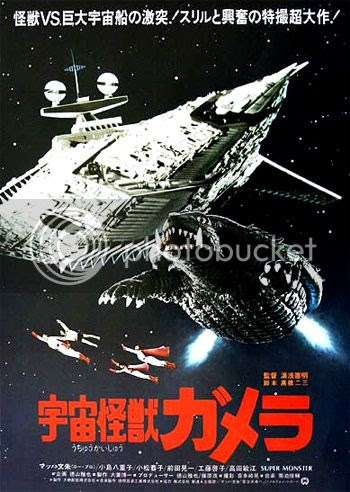