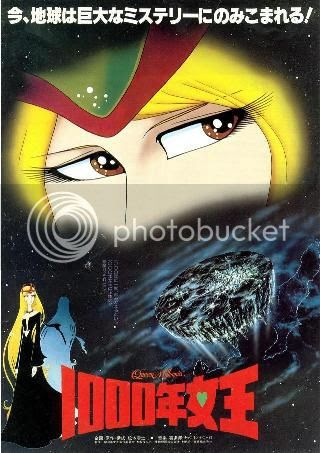 The place: Tokyo. The time: 1999. You know what though? Tokyo 1999 looks like Pittsburgh 2076. Anyway, Yukino is just your average young lady who also happens to be a friggin' alien space queen (or whatever). She stays on the Earth to keep an eye on us stupid humans. Her one thousand year reign is up and it's time for one of her sisters (chick has a lot sisters) to take over. On Lar Metal, Yukino's planet, all of its people sleep during winter -which is a thousand years long- and they only wake up during the "momentary spring". 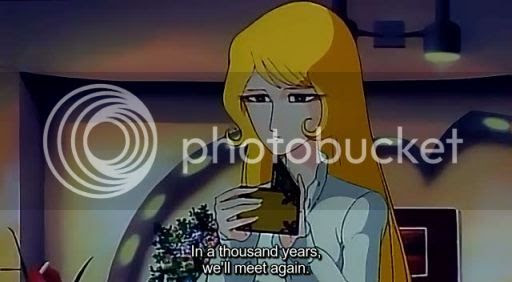 Well, these guardians are sick of the warlike, moronic humans who are always destroying the Earth and they want it for themselves so they can stay awake all throughout the millennium. They trick Yukino and the humans into thinking that Lar Metal is going to collide with Earth by throwing the entire planet into chaos with a wicked meteor shower. BUT IN REALITY, they are just going to get the planets close enough so that they can cross the "ephemeral bridge" (?) and take our planet for themselves. Bastards! 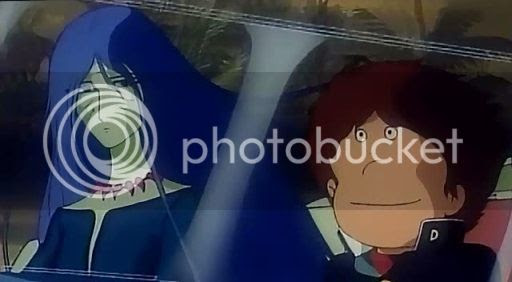 Yukino says, "Fuck you, fuckers!" (I'm paraphrasing) to her alien comrades and decides to rescue as many humans as she can and go to war against her own kind. With her student Hajime (one of those damn pygmy-sized male lead characters that you see over and over again in manga artists's Leiji Matsumoto work), her badass sister Selen, and a continent sized warship on her side, Yukino gives her all to stop the plot that her dumb dickhead alien shitface friends have concocted. 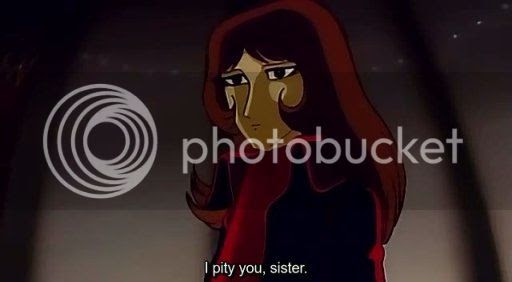 One of my favorite things about Queen Millennia is the score by Kitaro. It is electro-fabulousness of the highest order mixed with the most melodramatic orchestra in the universe. I fucking love it. For a 2 hour movie, I'd say the pacing is pretty good. Once you get through the first half hour or so, you'll probably get hooked. And when you've got all the gothic overtones and straight-faced, pretentious, and hokey dialog under your skin, it's hard to shake and that's a good thing. There is also some nice atmosphere, great animation, and some pretty spectacular disaster sequences.