Leda: The Fantastical Adventures Of Yohko 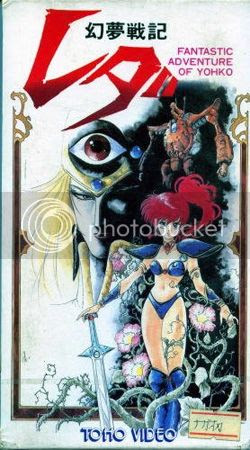 So this teenage girl named Yohko has a crush on a dude but he doesn't know she exists. She writes him a love song and chickens out when she's about to hand him the tape. Suddenly, Yohko gets whisked away to Ashanty, a magical land with fantastic beasts, bizarre creatures, and weird mecha. She makes friends with Ringhum, a talking dog, loses her walkman with her precious love song, and falls into a plant that transforms her from boring plain ordinary Yohko into scantily-clad badass sword-wielding Yohko. 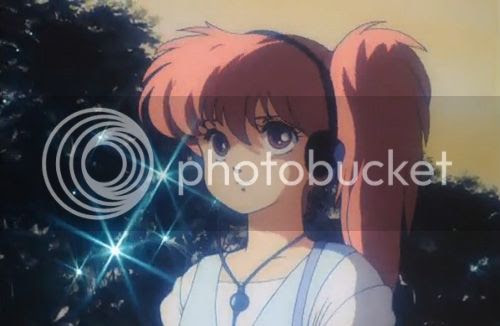 You see, her love song isn't just some ordinary pop jam. Hell no! In Ashanty, her dumb old song is the source of something called "Leda magic". And it is been prophetized- oh that's not a real word? sorry- prophesied that if the "Leda magic" falls into the wrong hands, a warrior will come to set things right. Obviously, Yohko is that warrior and those wrong hands belong to Zell, an androgynous duder who looking for "Leda's heart". Zell wants to take advantage of the hole (tee hee) in space and time between Ashanty and Earth. Why? Brace yourself. He wants to conquer our planet! 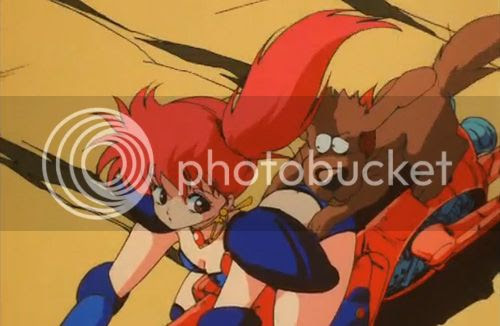 So Zell has this army of robots or whatever. Sure Yohko is pretty cool and all with her newly discovered super sword-fighting abilities but she is only one person. How can she hopefully hope to defeat all this freakin' evil and get home to Earth so she can confess her love to that dude? Enter Yoni, a shrine maiden who pilots a giant mecha (that looks like the Tin Man), to help Yohko bring the pain to Zell and his weird cronies. 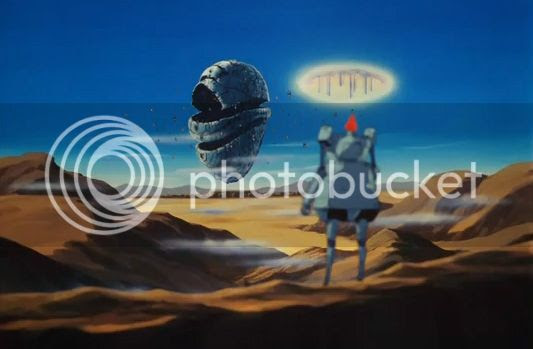 I like how the people behind this animated feature couldn't decide if they should do fantasy genre or mecha genre or whatever-the-fuck genre then they said, "Fuck it, let's do all three!" I expected this to be a lot more sleazy (don't worry, someone actually animated a porn version) and violent. There's no blood in the action sequences but they aren't hurt by it's absence. This movie also features the least annoying talking dog in the history of animation. I like Leda despite the fact that the plot is embarrassingly stupid. The 80s cheese and accompanying soundtrack are big bonuses. Before he went all Pokemon on us, director Yuyama did one of my childhood favorites: Windaria.
Posted by Richard of DM at 7:01 AM