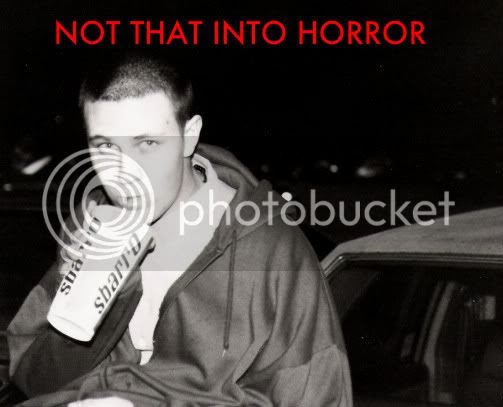 My horror obsession was totally dormant during most of the 1990s. That usually pisses me off but when I think back on things, it is totally understandable. I was a little busy being emo and chasing chicks to really care about horror movies. I was such a jerk! There were still moviethons (usually of the Charles Bronson, Steve McQueen variety) but my goal to rent every single horror movie in the video store became pointless once Blockbuster Video started ditching older titles so that they could have 90,000 copies of Pretty Woman and Forrest Gump in stock.

One of my fondest horror memories during this time period was when my friend Tim rented Texas Chainsaw Massacre 2. As a kid, I had been too scared to rent Tobe Hooper’s sequel. I was 20 years old and I still had that anxious feeling in my gut that I was about to have the shit scared out of me. Of course, TCM2 is pretty friggin’ genius and is still one of my favorite 80s horror flicks. It’s scary and silly and awful and great. After the flick was over, I pledged my love to Stretch and was ready to go back to the video store and clean them out. I didn’t. I wasn’t ready. Not yet.

There were a lot of great flicks that came out in the 90s but you had to dig deeper to find them. Most of the really great horror films of that time period had abysmal or nonexistent marketing and I was too much of a vacuous, self-absorbed teenaged moron to go hunting for these things. And much like today, I was very obsessive (about ska music) and I could have been plumbing the depths of obscure cinema. I had did have a few very close run-ins with greatness during this time period.

The first was at my local used record store, Sound-X-Change (RIP) in Jupiter, Florida. There was this gorgeous punk rock woman there who I asked out frequently (even though she was 21 years my senior) and oh yes, she was cooler than cool. One day, she lent me her tape of Seconds starring Rock Hudson. This film was pretty obscure at the time and it is actually quite a bizarre little gem. She had taped it off of cable one night and so I made a tape of her tape and then proceeded to watch it over and over again; you know, in case she quizzed me on it later. This could have been the start of something big. I could have challenged her to a rare movie hunt and then a moviethon and then… marriage.

The next and most pathetically wasted opportunity came around 1998. My girlfriend at the time lived in Port St. Lucie, Florida. Trust me, it is a magical place as everyone who has ever lived there will tell you. As usual, we were bored out of our skulls and headed to the even more enthralling Stuart, Florida where there was a shop in the downtown area called Groovy Movies-a-Go-Go. How fucking awesome is that? It is a store, a video store called GROOVY MOVIES-A-GO-GO! And I didn’t appreciate it. I walked in, browsed, got bored and rented The City of Lost Children. That’s kind of cool, I guess, but this guy had tons of shit from Something Weird Video and rare gore movies aplenty. Fuck, I’m really ashamed of myself right now. 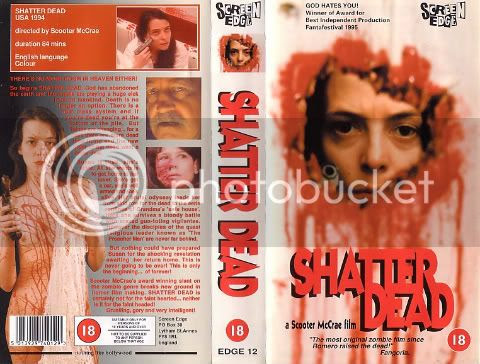 Rocky talked me out of it. He said that they had that movie at Groovy Movies-a-Go-Go and that if I really wanted to see it, he’d rent it for me. The store was just a couple blocks from his house and he went there frequently. For God’s sake, what the hell was wrong with me? The keys to the castle were right there. I was in that area nearly every weekend to visit my girlfriend or hang out with Rocky and I couldn’t see how special any of this shit was. Now that nearly all of this type of awesome store is long gone, I feel really, really stupid.

Instead of talking about the really great horror movies from the 1990s, I want to ramble on about the really average or horrible stuff that came out during the era and/or the really cool stuff that I didn’t like because I didn’t think it was good (even though it was). These are just titles (mostly) off the top of my head that helped facilitate the dormancy of my love of horror. Some of these were theater experiences but most were rentals.

In the friggin’ awful category is Nadja. I rented this artsy fartsy vampire flick and was awestruck by how boring and shitty it was. I have not and will not return to the Nadja. It might be good with a little more patience but no, thank you. There’s also The Good Son and that ill-fated Psycho remake. Both were complete shit. Stephen King got raped on The Tommyknockers and The Stand but he’ll never be able to sit down again after Sleepwalkers. Sweet boxcar Jesus, that was totally terrible. Oh and Jack Nicholson in Wolf. WTF? Ugh… and Wishmaster. I can’t think of a more bland horror franchise than this. It's like they tried to take Pinhead and mix him with Freddy Krueger. It just doesn't work for me.

The Craft was one of those movies that took me a long time to appreciate. When it came out, I was dating this ultra-Christian girl (only for a few weeks) when she called in me tears one night. She had gone to see The Craft with her friends and had had the wits scared out of her. I tried to calm her down but it turned out that she was more afraid FOR ME than of the film. Now I had and still have no affiliation with any Satanic cults or covens and yet, this chick had been convinced by The Craft that my soul needed saving. Like IMMEDIATELY! Well, we got into this huge argument and broke up on the spot. Years later, when I finally watched The Craft, I found it very enjoyable. It is a pretty great 90s teen horror movie and it helped get me out of an awful relationship.

Whoa, 1998 was a big year for horror. It looks like the genre was trying to come back from the dead. Urban Legend is still a favorite of mine though not exactly inspiring. While The Faculty and Disturbing Behavior (both 1998) were okay, each of them could have been better/more memorable. Blade was definitely a movie. Blade 2 is awesome but I’m still not too hot on this series.

And finally, there’s Sleepy Hollow which is either a love it or hate it flick. I HATED the piss out of this one when it came out and couldn’t figure out what the hell Tim Burton was thinking. Now, I love it and I can’t figure out why I didn’t love this flick the first time around. It’s cheesy, it’s gory and it’s funny. What’s not to love? (A lot of people hate this one but they still might come around.)

So anyway, that’s my ramble for today. I’ll probably come back and talk about some 90s horror movies that are really good and that I wish I had known about when I was being such a dumbass.

Oh boy, this was helpful.
Posted by Richard of DM at 7:53 AM