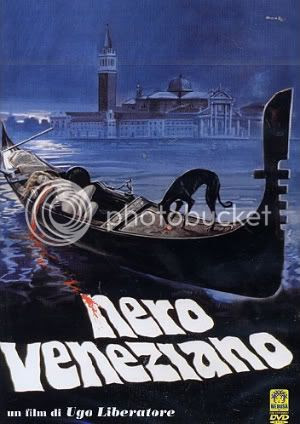 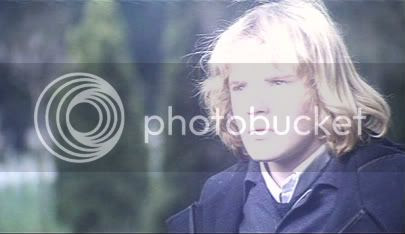 When their parents died, recently blinded Mark (Renato Cestiè) and his older sister, Christine (Rena Niehaus), moved to Venice to live with their grandmother. Since coming to this haunted city, Mark has been having frightening visions of he and Christine’s less-than-respectable ancestors. After their grandmother dies in a freak fire, the two are sent to live with their estranged aunt Madeleine (Olga Karlatos) and uncle Martin who live in a rundown hotel. The accidents continue leaving Mark and Christine alone with Dan (Yorgo Voyagis), a mysterious individual who bears a striking resemblance to the man in Mark’s visions. 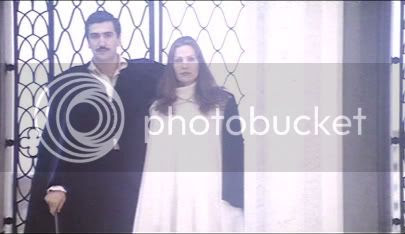 Dan seduces Christine and then disappears leaving her with only a vague memory of their love affair and a bun in the oven. Father Stefano (played by José Quaglio), the family priest, advises Christine to keep the baby and suggests that she marry Giorgio (Fabio Gamma), her longtime boyfriend. The two get married and it isn’t long before strange events continue to happen based on Mark’s visions. Giorgio is soon convinced that Christine’s child is the son of Satan and that he and Mark must stop the child from bringing about the end of mankind. 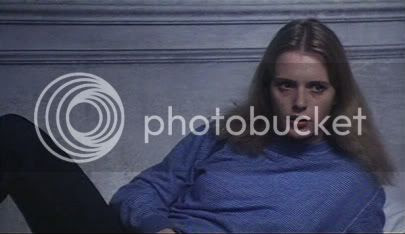 Much like Marcello Aliprandi's A Whisper in the Dark, Nero Veneziano is a quirky, decadent and brooding Italian horror film that is looking for love in all the wrong places. Elements of this film are an obvious cash-in on The Omen and Rosemary's Baby but when it comes from a strange director like Ugo Liberatore (May Morning), there is bound to be some wacky shit going on. The cinematography by Alfio Contini is tight and he handles the color palette: lots of grays, blues and browns, very well and he makes Venice look beautiful, forbidding and morbid. 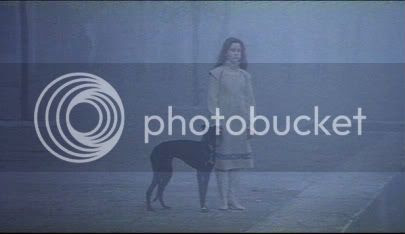 While Pino Donaggio isn't one of my favorite composers, he does a masterful job with Nero Veneziano. The film is full of really pretty compositions despite their being a bit dated. The late 70s was a fairly bonkers time for music and the only trap Donaggio doesn't fall into here is disco. There are some really frightening experimental bits with synthesizers and reverse tape effects but there are also some eye-rolling stingers that are beyond cheesy. 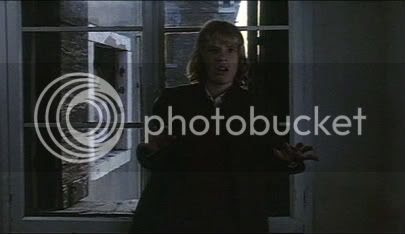 Any film that has Olga Karlatos (Zombi 2) playing not one, not two but three different roles is definitely worth some attention. Renato Cestiè is (almost) all grown up from his small but pivotal role in Twitch of the Death Nerve and does a great job with Mark, a character who can be a little annoying at times. I really liked Fabio Gamma as the drunken Giorgio and it’s a shame he isn’t in more films. His decision to write his own dark gospel to document the coming of the son of Satan is totally badass. The show is stolen by the lovely German born actress Rena Niehaus (La Orca) who is awesome as Christine, a girl who just wants to be loved on her own terms, even if it means destroying those around her. 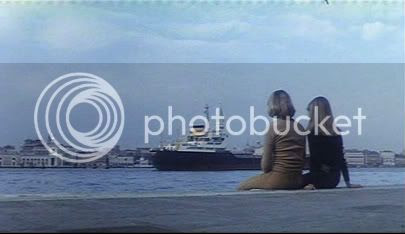 It is hard to recommend Nero Veneziano for the casual horror movie viewer. Even folks who have wallowed in the trenches of Italian horror will probably get burned by this sometimes clunky and often pretentious flick. Hell, its capsule review in Spaghetti Nightmares said that "the film went by almost unnoticed" (page 164). So I guess it is up to me to love weird little spasm of unholy delights and dark miracles. There are many cool moments hidden in this slow burning flick. In fact, it features one of the most jaw-droppingly merciless acts of violence I've ever seen (which I will spoil for you below). Nero Veneziano goes overboard on the atmosphere and foreboding but might be just a little too eccentric for its own good. 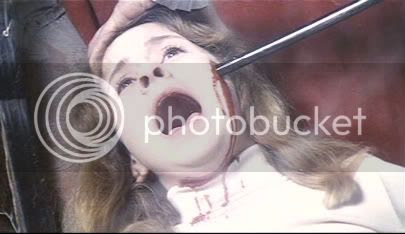 The most pleasent thing I got from Nero Veneziano, a film I had only read about before, was seeing a familiar scene. When Mark is wandering around in the cemetery near the beginning of the film and has his first vision, it hit me that I had seen this scene before. I'm thinking that Nero Veneziano must have played on cable TV back in the day under one of its alternate English titles: Damned in Venice or Blind Offer. The shot in particular is of his ancestors in a haunting white light while a greyhound starts chewing on some skeletal remains on the ground. I have a very clear memory of seeing this scene and then changing the channel. Okay, having just typed that, I'm now getting a conflicting memory. I seem to remember a VHS cover that featured the ghostly couple and the greyhound. Now I'm just confused. Hell, maybe it’s both memories bleeding together. If anyone out there remembers if this flick played on cable or actually landed on VHS here in the States, drop me a line.

Here's the scene I remember: 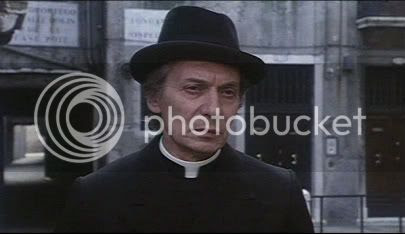 "Now you're seeing crimes too? I'll knock some sense into you! A good slap to convince you that you're a visionary."

"I feel like something's pushing me in the wrong direction. And it gives me a shiver of pleasure." 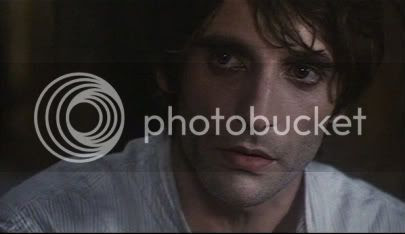 SPOILERS (I kind of ruin the movie and its best surprise.)

So it turns out that Christine's child is in fact the son of Satan and Mark thinks it's his job to kill the kid. In one of the most friggin' insane moments that has ever caught me completely by surprise, Mark throws his baby nephew at one of Giorgio's steel sculptures. The baby is impaled on the sculpture's many 20 inch nails. I shit you not, my friends. You could have knocked me over with a feather. This is not something the director hints at either. We see the kid's little body impaled and bleeding on the spikes. If you’re struggling to get through this movie and are ready to give up, just fast forward to the scene where Mark is carrying the kid off while Christine is passed out drunk at the party. You won’t be disappointed. 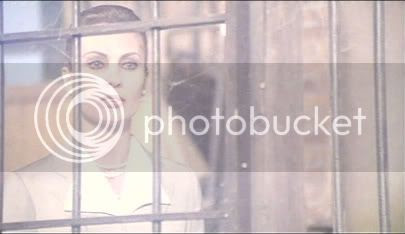