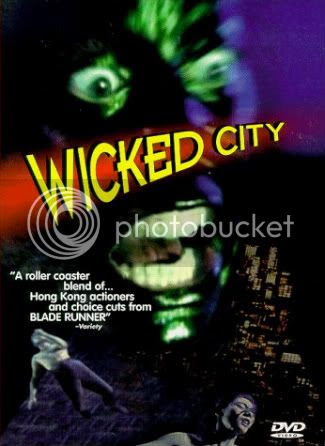 One of my strangest movie theater experiences happened in the mid-90s when saw the animated film, Wicked City (directed by Yoshiaki Kawajiri). It was at the old rundown theater somewhere in West Palm Beach where the Rocky Horror crowd would congregate. Wicked City is an action-packed, gory, and kinky anime with some hilarious dubbing. It was a packed house and a fairly lively crowd until a wee bit of tentacle rape happened. Then we all sat in stunned silence for the rest of the film. I don’t know how many anime fans were among the folks there that night but I’m going to go ahead and guess that most of the attendees had never seen anything like that before. 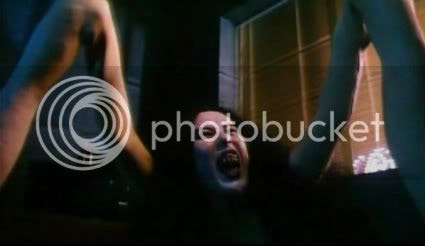 One night, a couple of years later, I was watching HBO, Showtime, or Cinemax (I don’t remember which) and they announced that they were going to play Wicked City. I decided to watch it again but opted to pass on recording it to VHS. I was pretty sure that one more viewing would probably be more than enough. When the film started, I got a little confused. It wasn’t animated! I had no idea there was a live action version of Wicked City. And it was from Hong fucking Kong! Other than kung-fu films, my only exposure to Hong Kong cinema was John Woo’s The Killer. I was in for another surprise and luckily, there was much less tentacle rape involved. 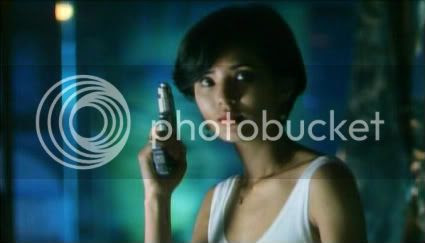 Tokyo has quite a crisis on its hands. There are monsters disguised as humans walking the streets and there’s an epidemic of people addicted to a drug called ‘Happiness’ which has some seriously bad side effects. Taki (played by Leon Lai) is a member of an elite anti-monster taskforce who has a lot of issues. His partner, Kai (Jacky Cheung), is a half-monster full of angst and his ex-girlfriend, Gaye (Michelle Reis), is a full-blooded monster who is also full of angst. Taki’s boss has put him in charge of capturing Daishu (Tatsuya Nakadai), a monster who he believes responsible for bringing the happiness drug into Tokyo (and who also happens to be Gaye’s lover). All hell breaks loose when Daishu is captured by the anti-monster squad and Daishu’s son Shudo (Roy Cheung) decides to destroy the city. Can Taki and Kai save the day or will the differences between monsters and humans be too much for them to handle? 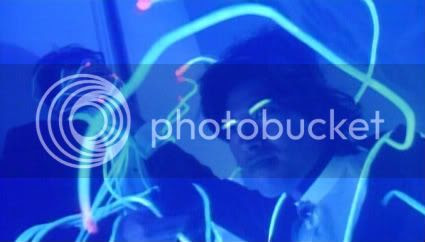 That is approximately 33% of the plot of Wicked City (or as I like to call it: Wacky City). This movie has so much going on that it still baffles me after multiple viewings. Double crosses and triple crosses and a duder humping a living pinball machine, this one has it all. Director Tai Kit Mak brings us a visionary splatterfest in primary colors that can barely sit still long enough to tell the viewer what the hell is going on. But then again, it’s also childishly simple in terms of character motivations and it’s pretty obvious that the writers (one of which is director Tsui Hark) don’t give a double goddamn about wallowing in the cheese in order to get this wild ass story told. 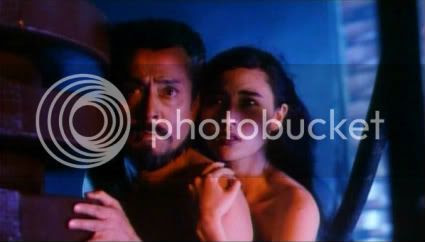 Oh, this cast is awesome. Leon Lai is great as the conflicted hero and Roy Cheung of Fight Back to School is perfect as the creepy evildoer. Jacky Cheung of A Chinese Ghost Story III gets all mopey and emo (waaa, I’m half monster, waaa!) but rises to the status of hero when the going gets tough. Prolific Japanese actor, Tatsuya Nakadai (Illusion of Blood), tries to steal the movie as the wise and completely bad ass 150 year old monster, Daishu. (But what about those lovely ladies? First up is Michelle Reis (A Chinese Ghost Story II) who kicks 100 different varieties of ass. She makes me want to find my own Happiness-addicted monstrette to call my own. Carmen Lee of Forbidden City Cop squeezes into her tight white dress oh so nicely which is probably standard issue for female anti-monster squad agents. 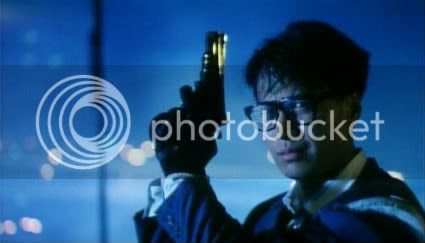 If you can look past the convoluted plot, great magic that awaits you. The word ‘spectacle’ barely does Wicked City justice. I can pretty much guarantee you’ve never seen anything quite like this before. Wicked City is the bright green mango cherry Slurpee version of Blade Runner. When you need your fix of eye-popping gore sequences and hyperactive fight scenes, give this one a spin. Oh yeah, be sure to watch the dubbed version for even more insanity and I also suggest you watch Wicked City as a double feature with Johnnie To’s ridiculous epic The Heroic Trio. 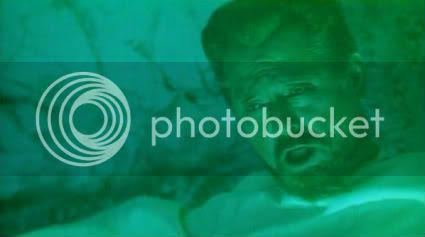 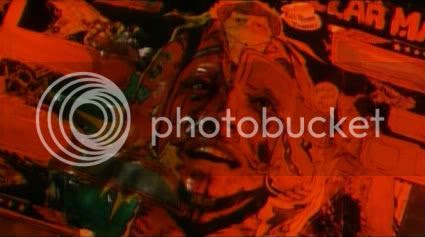 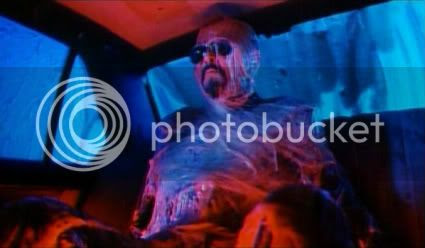 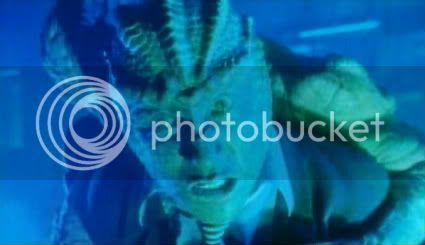