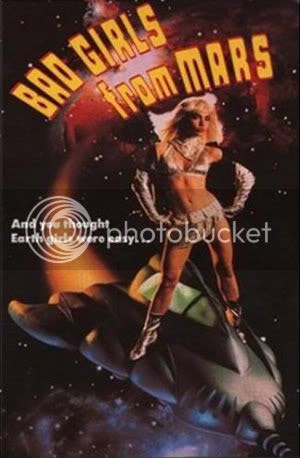 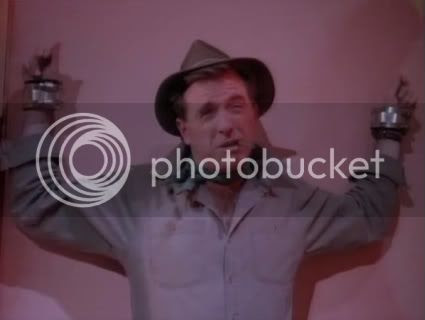 Bad Girls from Mars is marketed as a sci-fi T&A spoof but in reality, it’s about the making of a sci-fi T&A spoof. A film crew making the titular (emphasis on the ‘tit’) film is beset with problems as each of their leading ladies dies under mysterious circumstances. TJ the director (played by Oliver Darrow) is at his wits’ end trying to get the production under control and it isn’t helped at all by the slimy producers and its awful leading man Richard Trent (John Richardson). Trent’s girlfriend and wardrobe girl, Myra (Brinke Stevens), offers to fill the role but the producers have someone else in mind already: Emanuelle Fortes (Edy Williams), ditzy blonde bombshell and queen of sex. Now the killer is after Emanuelle and is quite happy to leave a trail of corpses along the way to his prize. 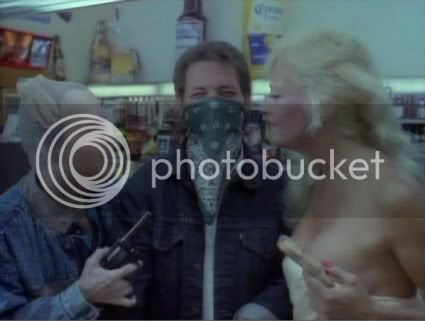 Once I realized that this movie wasn’t a spoof but a spoof of a spoof, I kind of settled down a little bit. In fact, for the first 10 or 15 minutes, I was ready to bail on Bad Girls from Mars. Then Brinke Stevens shows up and I realized why I was there in the first place. Fred Olen Ray (Hollywood Chainsaw Hookers), the American maestro of cheese, directs this kooky flick which references Ed Wood (repeatedly) and spoofs The Happy Hooker. Filled with continuity errors (intentional, I think), goofy sound effects, knee-slapping one liners, and insanely gratuitous nudity, Bad Girls from Mars is pretty darn entertaining. 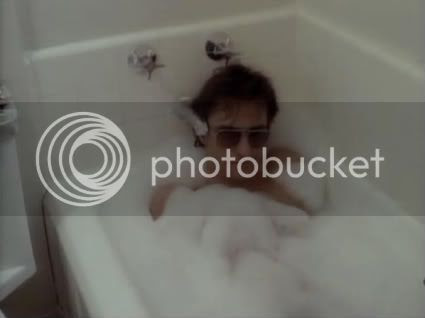 Edy Williams (Beyond the Valley of the Dolls) is pretty outrageous here as sex goddess Emanuelle. She looks a little worn out but her overdone breathiness just works. The best bit comes when Emanuelle goes to a convenience store to ask for help after she narrowly escapes the killer. She doesn’t notice that the place is in the middle of a stickup; hilarious hijinks ensue. Oliver Darrow (Teenage Exorcist) makes for a likeable guy who has that annoying problem of women throwing themselves at him. Aw, poor guy. And of course, we have Brinke Stevens of Sorority Babes in the Slimeball Bowl-O-Rama and Haunting Fear as Myra, the plucky wardrobe girl. One of the film’s strangest asides happens when, while the crew is filming a scene for the sci-fi movie, the camera suddenly pans to the left and we see Brinke in some lingerie smiling like a cat and cracking a whip. Then the camera pans back to the scene at hand. It’s weird, it’s pointless, and it’s genius. 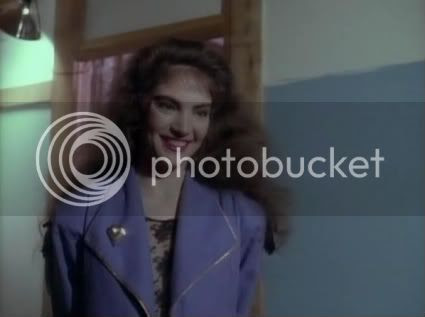 Bad Girls from Mars definitely surprised me. I was expecting one thing that would not have been as good as what this turned out to be. Wait, what was that? If you don’t like corny jokes and a parade of silicone then stay far away from this flick. I went from thinking I would turn this off after 5 minutes to catching myself laughing out loud at some real zingers. If nothing else stick around for the climax when the heroes are only seconds away from rescuing the damsel in distress but decide to stop for burgers and pizza. It’s good for a larf, let me tells ya. 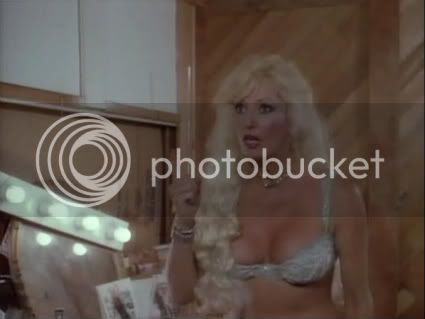 “There’s no room on Mars for limp dicks!” 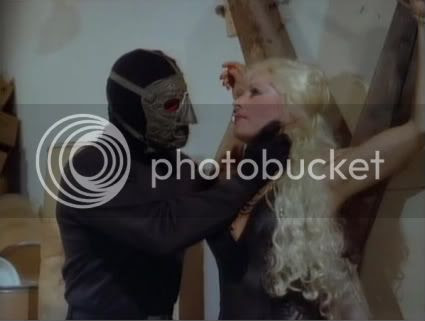 SPOILERS and Other Stuff

According to IMDB, Bad Girls from Mars was shot in 5 days. Hmm, I could see that. The site also says that Fred Olen Ray had to cut 8 minutes of material before the film could be released including a kiss between Brinke Stevens and Edy Williams. Hmm, moderately interesting. Okay, onto the spoiler stuff. So it turns out that Brinke Stevens is the killer. I was going to accuse this movie of not having enough Brinke in my review but then she gets a great speech at the end about her motives for killing people and chasing after Emanuelle. Next thing you know, she has a grenade in her mouth and all’s well that ends well. 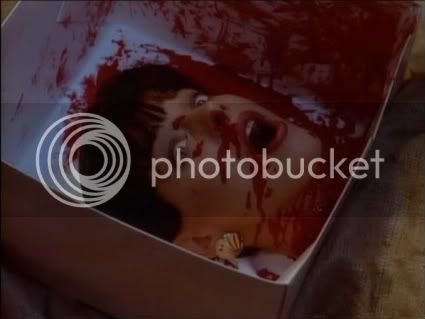