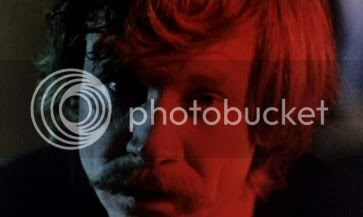 Tony (played by Emanuel Cannarsa) is shiftless goof who wanders around doing odd jobs and putting as little effort into life as possible. His family (especially his father) is ashamed of him and his friends are pickpockets and street people. Tony's friend on the police force, Santini (Giuseppe Alotta), tries to help keep him out of trouble. When Tony nearly gets killed attempting to stop a kidnapping, he becomes the target of a vicious gang and must fight to stay alive.

There is something pathetic yet endearing about this sequel in name only to Carlo Ausino's Double Game. The first film's budget problems are even more apparent here as Tony: Another Double Game is anything but a lavish production. While George Hilton is not on board this time, the entire supporting cast of the first film is back for better and for worse.

Aside from the cheapness and some stiff performances from homely actors, the film suffers the most from its pacing. The action slows to a crawl at the hour mark and I wish Ausino had repeated the rushed feeling of Double Game. However, this film has better characterization and a more complex story than the first so I can forgive the watch checking moments. Elements of comedy and melodrama are mixed in with the crime storyline to keep things interesting.

While working in a generic genre, Ausino does have a unique (and perhaps even eccentric) voice and I can't help but wish that somebody would have thrown some cash his way. Tony: Another Double Game (I hate that title) may only be for Euro crime completists but with a little patience, this genre bending title pays off.
Posted by Richard of DM at 7:38 AM