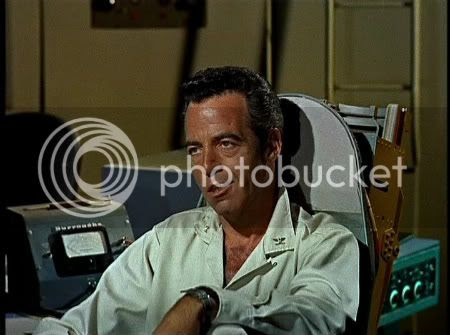 The MR-1, a missing rocket on a mission to the planet Mars, suddenly shows up in Earth's orbit. The military manages to land the rocket safely but it is discovered that only two of the mission's crew have survived their journey. One survivor is Colonel Tom Obannion (played by Gerald Mohr) who is suffering from an unidentifiable space infection. The other is Dr. Iris Ryan (Laura Hayden) but she is in shock from her experiences and cannot immediately relate her experiences. When Iris is ready to talk, we see what occurred on their mission to Mars. 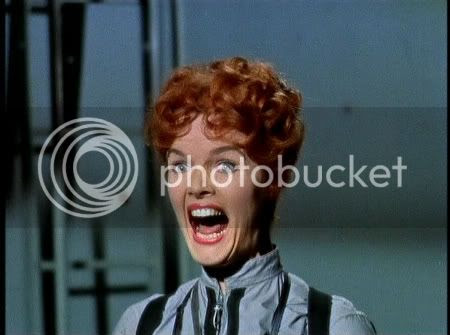 I feel like I'm hijacking someone else's memories. I am not a child of the 1950s so why is Angry Red Planet part of my childhood? The fact is that this schlocky silliness has several great things going for it. The writing is stupid and the performances from the actors are hilarious. However, this film has atmosphere. One wouldn't think that something this cheesy and almost totally devoid of brains would be almost impossible to forget on a visual level. When the team finally gets out of the friggin' ship, they step onto an eerily silent, strangely lit planet brought to life with drawn backdrops and crazy filters. 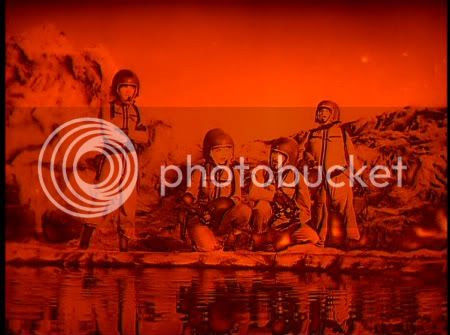 Okay, The Angry Red Planet does have one major flaw and this is a problem for most sci-fi films of its era. This film takes forever to get to the good stuff. The cornball crap that happens can only distract a viewer for so long. It becomes all too clear that there isn't a whole lot to this movie. It is weird in the way, the story is related in flashback. At first Iris can't talk about what happened then the doctor recommends trying "narco-synthesis" to jog her memory. They go on to say that the story she'll tell won't be what actually happened. It will be distorted by her own memories. What? No, seriously. WHAT? I have no idea where the writers were going with that one. 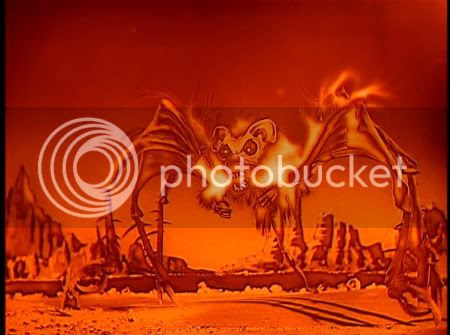 I stumbled upon The Angry Red Planet sometime in the 80s. It captured my interest despite its slow start and stock footage. (My attention span used to be a whole lot more resilient to this type of junk.) For my kid self, the weird-looking scenes on the surface of Mars were almost unbearably tense. The stylized backdrops of the alien city look like something straight out of a comic book. And who can forget that insane monster? It's a cartoony bat with spider legs! Years later, I would see that very creature on a Misfits album cover.

"You know what I think? That thing up there... it's a flying coffin."