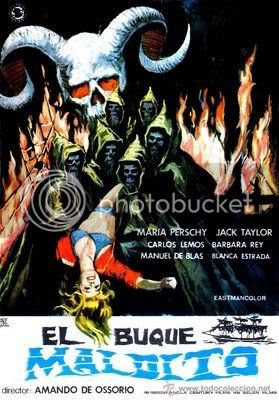 Sometime in 2003, I picked up Tombs of the Blind Dead on DVD. It was a rewarding experience. I knew I'd seen this movie when I was a kid and it was like nostalgia overload. But one question kept popping up in the back of my mind: Where's the part where they're on the ghost ship? I watched the sequel. Nope, no boat. What the fuck? It turns out that I had seen the third Blind Dead film, The Ghost Galleon and forgotten all about it. I knew those nasty Templars were creeping around on a creaky ship. And this week, I finally sat down to watch The Ghost Galleon. 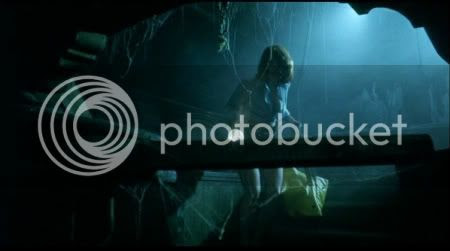 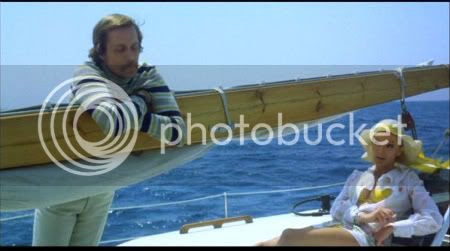 For the dumbest publicity stunt in human history, two models are stranded out in the middle of the ocean wearing the clothes of fashion designer, Howard Tucker (played by Jack Taylor). He and his photographer Lillian (Maria Perschy) are convinced that this harebrained scheme will help sell their designs. The models' boat collides with a ghost ship and the two disappear. Tucker and company go looking for the girls and find the ship. They are transported to another dimension and discover that this spooky boat is inhabited by the bloodthirsty walking corpses of the Knight Templar. An unnamed observer was quoted as saying, "Sucks to be you, bro." 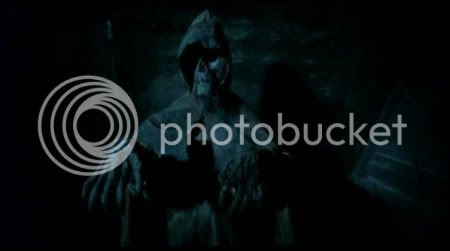 The first thing you have to know about The Ghost Galleon is that it's pretty boring. The second thing: it's bad. But I of course think that it is delightfully bad. The borderline gibberish dialog, the hilarious 70s fashions, and the ridiculously fake model ship in a swimming pool at night just make this film a big joke. Nothing can excuse the pacing of this film, which is just a setup for the final Blind Dead flick, Night of the Seagulls (which I'll be watching soon). To director Amando de Ossorio's credit, this film almost works thanks to some atmospheric moments and the sheer creepiness of the bloodthirsty zombies of the previous films. 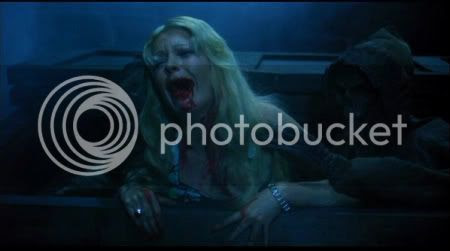 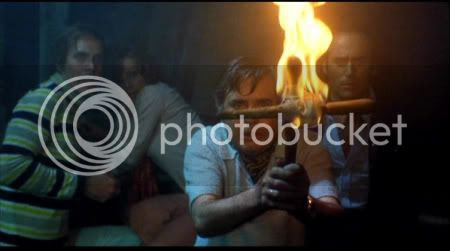 So you see, absence did not make my heart grow fonder; it did grow curiouser. I just remembered that them there blind zombies was on a boat. Dang it, that's genius. Ghost Galleon is mostly terrible but even worse, it's freakin' boring. There is one thing about this film that is true about all the Blind Dead series: death is slow but his step is assured. Death will come for you and he will drag you kicking and screaming to oblivion. Death may be blind this time around but he can hear the blood pumping in your veins. Dang it, how many hot chicks do these friggin' undead knights have to munch on before their undead bloodlust will be satisfied? 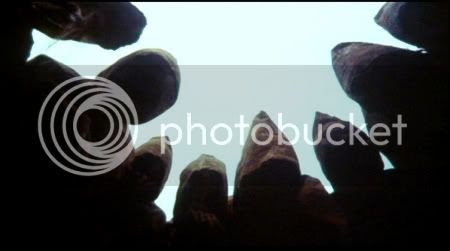