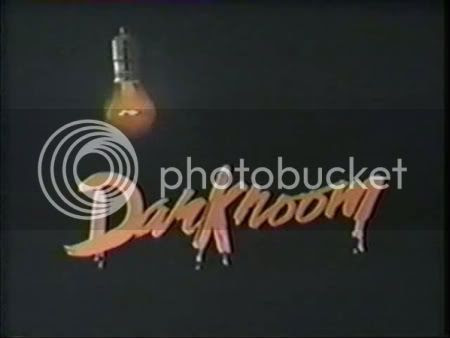 One of the horror anthology TV shows from the 80s that seems to slipping into obscurity is Darkroom. This show hosted by James Coburn had some pretty cool stories on it. I'm not kidding. James. Coburn. Obviously, this was destined to be one of my favorite shows. And then it was gone with only a brief shot at reruns on various networks (which is when I believe I first saw it). Oh yeah, duh, Darkroom also had a fucking creepy as intro too. 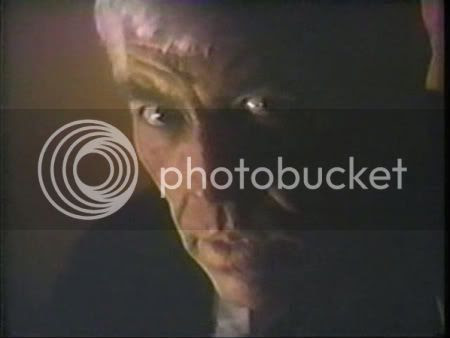 There was one episode in particular that scared the crap out of me. But it was a vague kind of terror, a half-forgotten nightmare. Something about "Catnip" really freaked me out. Thankfully, the internet came through for me and I was able to get my hands on "Catnip". I confronted my fears and discovered an entertaining, silly, and yet frightening slice of made-for-TV horror. 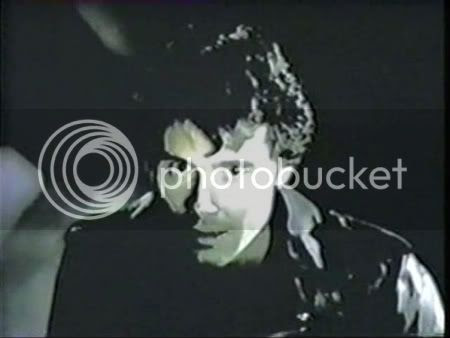 Ronnie (played by Cyril O'Reilly) is a total jerkoff. He's fresh out of the military (probably dishonorably discharged), he lives with his poor, helpless mother, and he robs people for cash so that he can buy and deal drugs. He also has a hot girlfriend named Loretta (Karin Argoud) that he shares his drugs with. So yeah, things are going pretty well for Ronnie until an ornery black cat crosses his path. The cat belongs to an old witch (Jocelyn Brando) who lives across the street from his supplier. 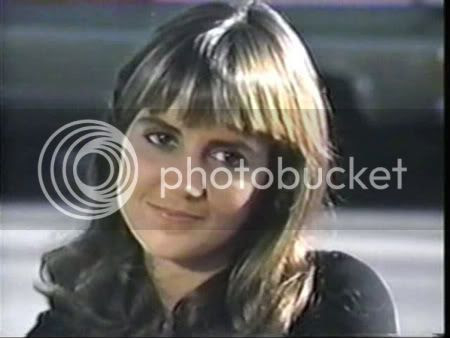 For a normal person, this would not be a problem. But like I said, Ronnie is a jerkoff. When the old witch gives him grief for trying to hurt her cat, he gets the bright idea to assassinate the feline by planting a friggin' bomb on the cat-door. His plan goes awry and he accidentally blows up the old lady. The cat comes after Ronnie but now it has supernatural abilities. A battle ensues between man and cat and he vastly underestimates the kitty's powers. Did I mention that Ronnie is a jerkoff idiot bastard? 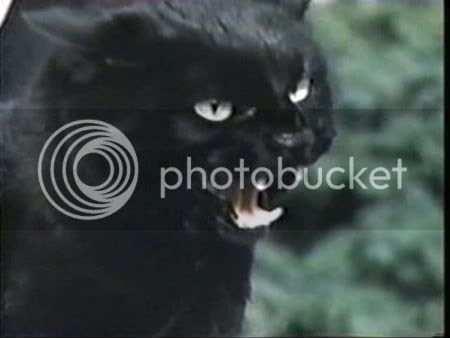 The final battle takes place in Ronnie's room. The black cat has managed to get inside his room and hide under the bed. He gets a katana out of his closet and goes after the cat. Ronnie slashes and slashes under his bed without looking and he thinks he's killed the cat. He looks under the bed and BAM! the old witch's head is under there hissing at him. This is where my memory kicks in and I know what happens next. Ronnie falls to floor, frozen with terror, and the cat proceeds to eat his tongue right out of his mouth! Of course, they don't show any gore but you know what is going on. 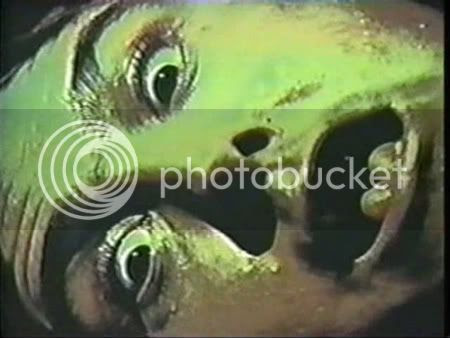 That ending totally freaked me the fuck out. I was afraid of cats. I was afraid of what was under my bed. I was afraid of Marlon Brando's sister! It was totally insane. Revisiting this episode years later was a real treat. "Catnip" is surprisingly good with moody music, cool camera filters and effects, and decent performances from everyone involved. It is impossible not to hate Ronnie and draw real delight from his undoing.
Posted by Richard of DM at 7:00 AM