Check out VHS Covers of Doom Part 1 and Part 2. 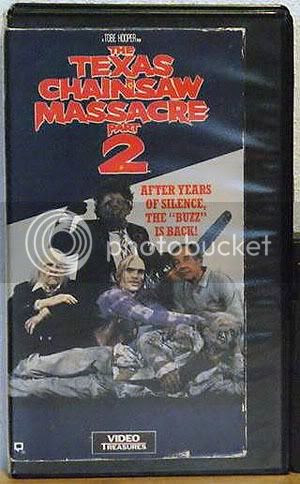 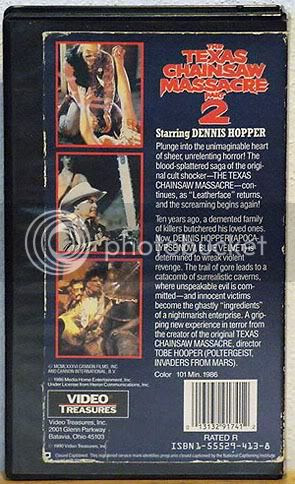 For some reason, I was a total wuss as a kid and this is probably the most pathetic of my VHS scares. I’ve been staring at these images of the Texas Chainsaw Massacre Part 2 VHS cover and I can’t figure it out. All I know is that the idea of renting this film petrified me. At 12 or 13 years old, I had handled the original film just fine. In fact, I really didn’t find it all that scary. So what in the damn hell was it about this lame ass packaging for the sequel that freaked me out so much?

Years later, when my friend Tim insisted on renting Texas Chainsaw Massacre Part 2, I was ready. I was also 19 years old and somewhat less of a wimp. After the end credits had rolled, I was ashamed of myself. Not for being too scared to even watch this film when I was a kid; no, I was more ashamed for having waited so long. I loved and still love Part 2 very, very much. This is such a fucking great movie!

I guess you could say that my kidself was more afraid of the concept of the sequel than of the actual video content that the VHS cover was purporting to contain. Or you could say that I was postmodernally terrified by the very act of unimpressive representation that the VHS cover was doing all too well. Damn it. I have no idea why the hell I couldn’t bring myself to rent TCM 2 back in the day. Maybe I was just a stupid ass idiot dumbass moron. Either way, this should have been the cover of the VHS: 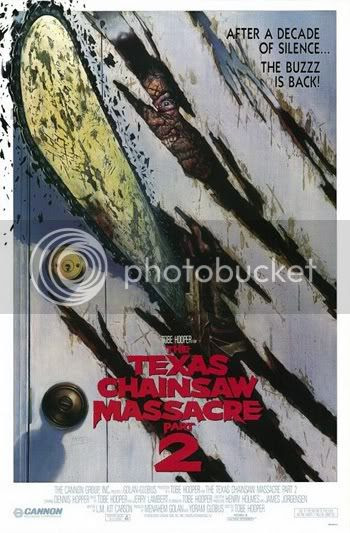 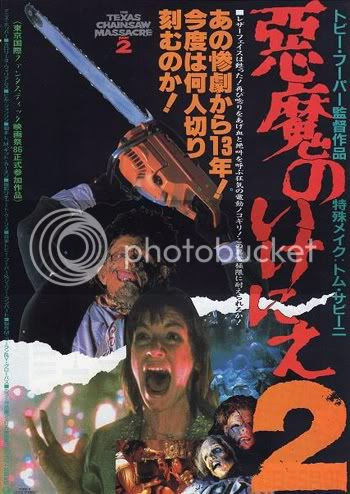