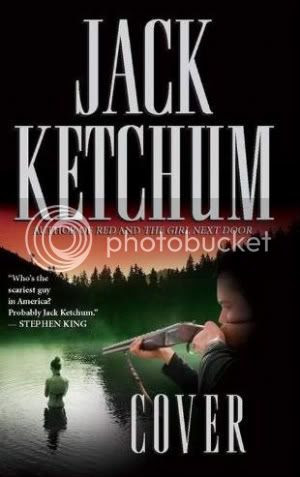 After I managed to slog through She Wakes, I moved on to Jack Ketchum’s Cover. In this one, a group of mostly likeable yuppies go on a camping expedition. As luck would have it, they just happened to pick a spot where a crazed Vietnam veteran is growing his marijuana crop. The vet’s wife has just left him and his PTSD has just pushed him off the deep end. Now the yuppies must fight for their lives against a man who has the training to kill but no longer possesses the ability to control himself. Paranoia, drugs, fashion models, pretentious playwrights, and flashbacks; Cover is a pretty great read. It took some time for me to connect or care about the characters or the story but by the middle of the book, I was hooked and couldn’t read it fast enough. Prepare to be shocked as Ketchum piles on the pain and the gore in his usual cinematic style. I can’t believe this one hasn’t been made into a movie yet.