Something Creeping in the Dark 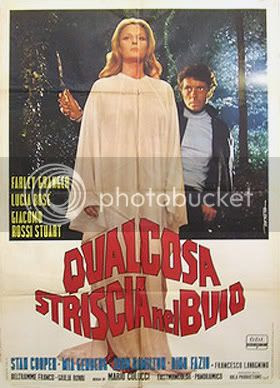 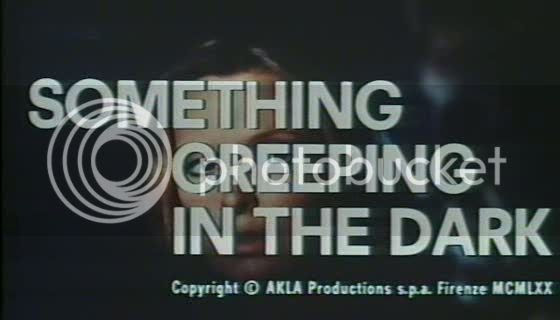 During a terrible storm, a group of obnoxious strangers are stranded at a mysterious house in the middle of nowhere occupied only by a lone hippie butler named Joe (played by Gianni Medici). Among them is a murderous criminal named Spike (Farley Granger) accompanied by two police detectives trying to haul him in. While playing a haunting melody on the piano, Spike makes a strange connection with Sylvia (Lucia Bosé), a bored bourgeois lady, much to the dismay of her husband Donald (Giacomo Rossi-Stuart). Things get really strange when Sylvia holds a seance and they make contact with Sheila Marlowe, the recently deceased owner of the house. It seems that Sylvia's spirit is not the restful type and she wants a new body to possess. People start dropping like flies under strange circumstances and the chances that anyone is going to survive until dawn are slim. 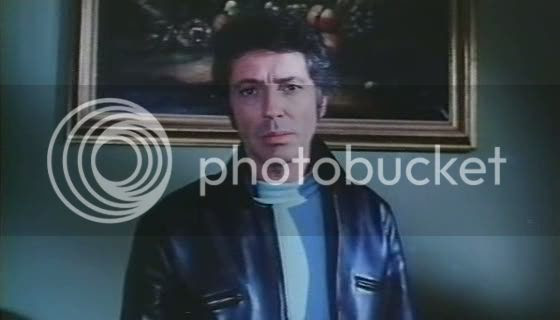 I want to love this movie, I really do. Oh yeah, it's gonna be one of those reviews. The kind where I can't be trusted. Director and writer Mario Coluuci only directed one horror film and it's easy to see why. Something Creeping in the Dark has some great and very weird moments but the pacing is so off, it is almost funny. Almost. There is very little blood but there is plenty of violence with all the strangulation, bludgeoning, and shooting going on. What this movie has a great deal of is sex. Most of it is suggested and it's as subtle as a sledgehammer (the Peter Gabriel kind). 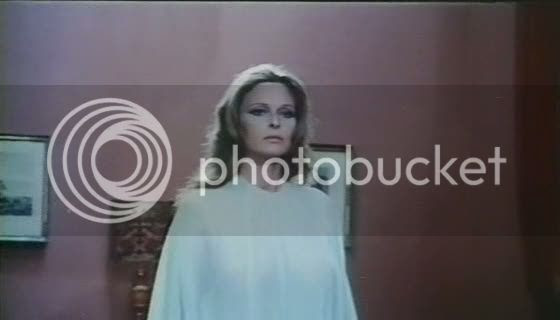 There is a little skin on display from Joe's girlfriend, played by the adorable Giulia Rovai (who went on to star in nothing). The cast is also blessed with two lovely vixens: Lucia Bosé and Mia Genberg (who plays Susan, the repressed nerd whose inhibitions come out and play once the ghost is in control), who both get to wear some very skimpy outfits. Lucia Bosé participates in the film's freakiest scene. While Spike is charming Sylvia's panties off with his piano playing skills, the two of them share a disturbing fantasy sequence. In this daydream (?), Spike chases Sylvia around, slaps her around, and is about to rape her when she stabs him with a knife. She stabs him again and again and again while Spike just laughs maniacally. Genius! The seance is where this film really kicks into high gear. (Don't get used to it.) As you may have figured out by now, I love seance sequences in horror movies and this one is pretty superb. Giacomo Rossi-Stuart kicks all kinds of ass here when his character Donald, a natural medium, becomes possessed by the spirit they are contacting. Donald is a little ball of misery and rage and the ghost takes advantage of that with deadly results. It's nice to see Rossi-Stuart actually getting into his role for a change. When directors didn't know what to do with him, duder really phoned it in. Check out The Bloodsucker Leads the Dance (totally awful) and Death Smiled at Murder (better film, same result) to see what I mean. 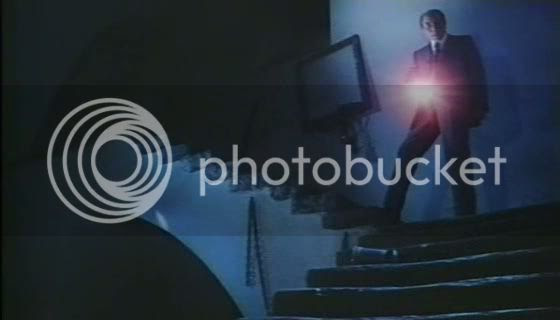 I've watched Something Creeping in the Dark twice now and I still can't get a hold on it. Yes, it is boring. All of the good stuff: the trippy possession and poltergeist sequences, the loungy/eerie soundtrack by Angelo Francesco Lavagnino, the painfully obvious model house, the catty and banal dialogue, the always welcome presence of Farley Granger (Amuck!), and general disjointedness, just doesn't make up for the snooze factor involved. Thanks to a couple of well-crafted scares though, I will be returning to the house of Sheila Marlowe against my will. It's almost as if she has possessed me as well. What's that, Sheila? You want me to eat more bacon? Okay! 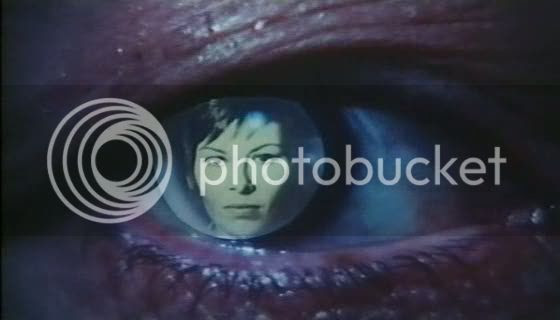 "This kind of morbid exultation can be harmful to the nerves. I advise against it."