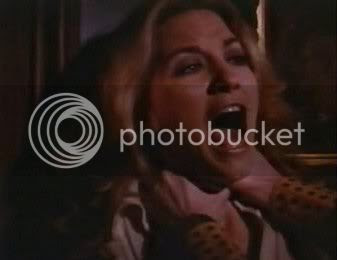 A model named Valerie (played by Andrea Allan) and Terry, her scumbag boyfriend, break into a house one night and witness the brutal stabbing of a woman by an unseen assailant. Valerie escapes but the killer has discovered who Valerie is and where she lives. Afraid to go to the police, Valerie tries to forget the murder and go back to her daily life but the killer has other plans.

Before directing the excellent Vampyres, José Ramón Larraz gave the world Scream… and Die! and the world was not amused. Why there is an exclamation point in the title, I have no idea. Though it features some very strong scenes of sexual violence and even some incestuous freakiness, Scream… and Die! is a bore. All is not lost as there is some excellent atmosphere in the stalking sequences and a pretty decent score with some strange feedbacky noises and creepy queues.

Andrea Allan is very, very beautiful and is an okay actress but damn, the writer forgot to give her character anything to do other than acting dumb and looking scared. But this is a problem with the script in general. All of the characters are as flat as pancakes. The mediocre actors follow suit by adopting this aloof style that makes them all maddeningly dull.

I’ve said it before and I’ll say it again: the only thing worse than a bad horror movie is one that is almost good. Scream… and Die! is not some great overlooked proto-slasher flick by any means. The pace is slow and the characters are really stupid and not even interesting in a quirky way (though one chick sleeps in the nude with her baby baboon). There are enough red herrings in the plot, gratuitous nude scenes, and moments of creepy atmosphere to make it watchable enough but I recommend putting this one on the bottom of your list of 70s trash. 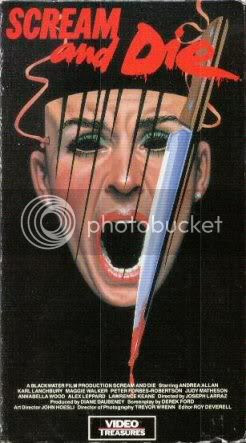 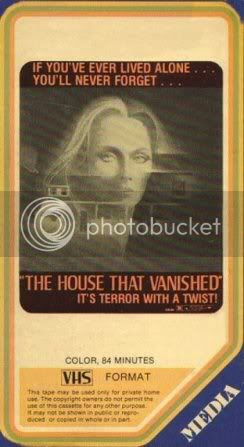