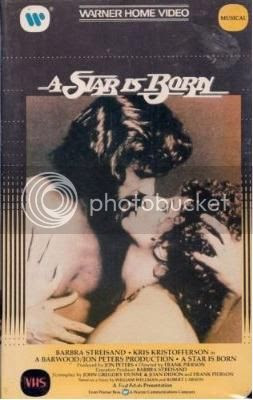 Kris Kristofferson plays Eric Clapton, a washed up rock and roll star playing to stadiums of disappointed fans every night. His roadie and bestest pal, Bobbie Ritchie (Gary Busey), keeps Eric all fucked up on coke and booze and the tour is going to shit. One night, Eric stumbles into a bar where he sees a woman performing some horrible fucking songs. The woman's name is Bette Midler and she's played by Barbra Streisand. Eric discovers Bette, seduces her and then gets her career started by forcing her to debut at a benefit for Native Americans. There's a joke there somewhere. How about this: "Haven't they suffered enough?"

Eric and Bette get married and they make love and stuff. She tries to get him to clean up his act. Oh shit, I forgot the motorcycle thing. Eric gets shitfaced at a stadium gig and drives a motorcycle off the stage. It's pretty funny. Anyway, after Bette becomes a bigger star than Eric, he gets all jealous and stuff. Then he fucks a groupie -well, not really; he was too drunk to get it up -and Bette smacks him and bites his lip. Then he dies in a car accident and she stages a concert in his honor. Or whatever. Hey, Robert Englund is in this! 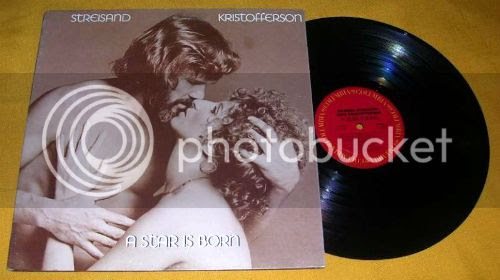 I first encountered A Star is Born when I was a kid. My parents rented it when it came out on VHS. While it was playing on our old TV, my parents took out sharp knives and stabbed me repeatedly while it was playing. Worse than that, my mom owned a copy of the soundtrack on LP. And I remember very, very well that a naked Barbra and a naked Kristofferson holding each other was about the least sexy thing ever.

The first thing you learn from A Star is Born is that all fans of rock and roll music are idiots, the lowest common denominator. Scum. Okay, we've got that out of the way. Next thing you learn is that fans of motion pictures are even lower than rock fans. The fact that this shitbag pus-spewing visual rape was the second highest grossing film of the year in 1976 -THE YEAR I WAS BORN!- is baffling. Forget disco and bell bottom jeans, this is why the seventies sucked.

One of the worst aspects of the film, and I'm not joking here, is Barbra Streisand's dang afro perm thingie. She seriously looks like Barry Manilow. And when you have a love scene where one person looks like Barry Manilow and the other person looks a lot like Kris Kristofferson because it happens to be Kris Kristofferson, well... It could be like the worst gay celebrity fan fiction ever written. But other than that very rare instance, it's just ugly.

When Gary Busey is the voice of reason in a film, shit just got real, know what I'm sayin'? He provides Kristofferson with lots of coke but never takes any himself. What a freakin' prick! If you're at a concert and Busey offers you something he won't snort, smack it out of his hand! Smack it and run like a motherfucker! Jeez, how many frowning faces can I draw on these notes I'm taking?

Barbra Streisand and rock and roll go together like those two great tastes... What were they? Oh yeah, peanut butter and kerosene. The songs are excruciating. And not just Streisand's shite either. The garbage they wrote for Kristofferson is just that. If this had been meant to be a fun, light movie where it was all tongue in cheek or whatever, I would feel awfully silly complaining about it. But no, this shit is meant to be straight and good. More cocaine anyone?

Here are some lyrics for you:

I want to learn what I life is for
I don't want much, I just want more

Love; soft as an easy chair
Love; fresh as the morning air

This is a musical, damn it! The songs are SUPPOSED TO BE FUCKING GOOD! The whole songwriting process and then the recording process scenes are total crap. Everything is insanely awkward and just painful to sit through. But I would pay $80 million to get those scenes back after not one but two horseback riding scenes and then the bathtub scene. Seeing Barbra put makeup on Kris in the bathtub is pure unadulterated cinematic agony.

So anyway, I did this little equation:

Don't believe me? Check this out: The last 10 minutes of this movie is Streisand singing. One camera. On her. For the rest of the movie. One fucking shot. SHIT! SHIIIIIIT! A Star is Born is fucking terrible and easily one of the most astonishingly painful movies I've ever sat through. But then again, I'd rather watch this again than watch Rocky ever again. There are some things that are just too horrible to contemplate. 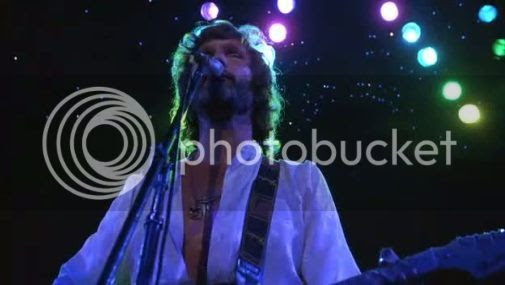 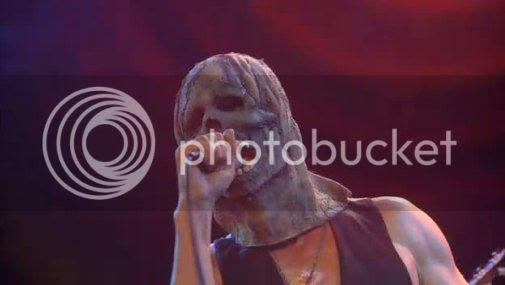 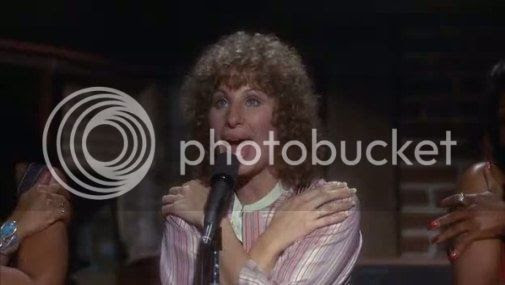 "Then the Cadillac, it puttered back into the graveyard!" 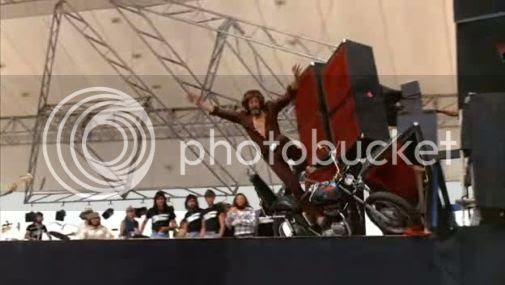 "In your face Petey Frampton!" 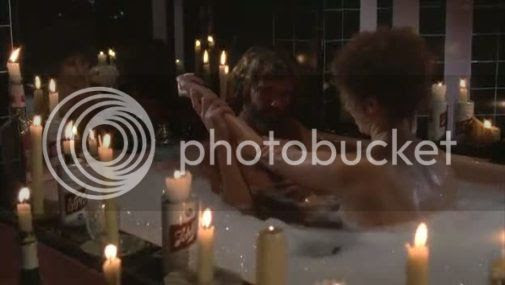 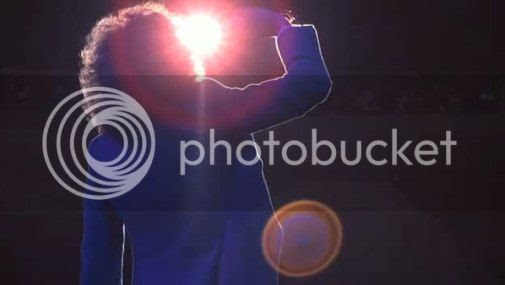 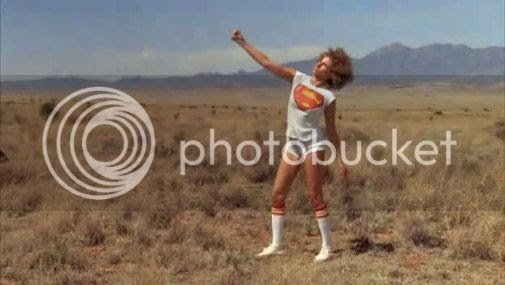 This pushed Superman back to '78. 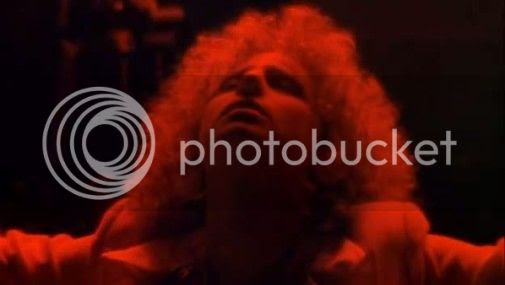 Barry. Fucking. Manilow.
Posted by Richard of DM at 7:00 AM

Email ThisBlogThis!Share to TwitterShare to FacebookShare to Pinterest
Labels: 1976, reviews, terrible crap, The 76th Of December